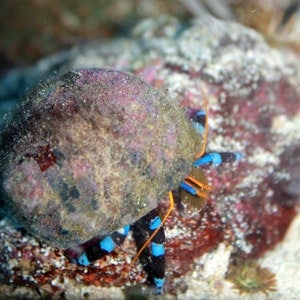 Crustacean of the order Decapoda and of the superfamily Paguroidea , which is called “hermit” to use the shell of some mollusks to inhabit it alone. There are more than 1,100 species of marine and terrestrial hermit crabs, although most are aquatic.

DESCRIPTION OF THE HERMIT CRAB

The hermit crab is an interesting animal. In spite of being a crustacean it has an abdomen without exoskeleton, that is to say, decalcified and therefore soft. For this reason, it is very vulnerable to predators and this forces it to seek refuge and defense in the empty shells of molluscs. When he finds one, he introduces his body in such a way that he can retract in it and hold it with the upper part of his body when walking. As the crab increases in size, leave the shell and look for a bigger one. Some species of hermit crab can use coral, wood or stones instead of shell.

It is decapod and has five pairs of legs with a pair of claws each. The first pair of legs is used to eat and defend itself; the second and third are for walking and the fourth and fifth pair remain inside the shell.

It has two long antennas that serve to touch, and two short antennas that have the function of sniffing and feel flavors. A pair of eyes is placed on two stems of the head. These eyes have the ability to decompose the image into several pieces. The hermit crab also has gills located in a gill chamber. Both parts function like lungs and must remain moist so that the crab can breathe.

There is a great variety of species of hermit crab and consequently the dimensions of the body are also varied. There are species that measure 19 millimeters and others that reach 10 centimeters and up to 46 centimeters. Therefore, the weight, like the size, depends on the species.

It extends around almost the entire planet. He usually lives in the waters of the American and European continents. In America it is distributed from Alaska to Baja California in Mexico and from the Bering Strait to the northern part of Japan. It is also distributed in the Mediterranean Sea and the Baltic Sea.

Its habitat in the waters are the reefs, the rocky areas and the sand. On the mainland they prefer to live under rocks but close to the coasts. In general, they like tropical environments.

The hermit crab is a nocturnal species. When growing it needs to change cover and it is usual to fight with other hermit crabs for the same shell.

It develops symbiotic relationships with other species by allowing the implantation of sea anemones in its shell. In later molts crab and anemones persist together. This parasitic form protects the crab from its predators and, at the same time, feeds the anemone or anemones with the remains of the food that the crab consumes.

It is fed on the basis of an omnivorous diet. Aquatic species consume other small crustaceans, worms, dead animals and plant remains.

Many times the hermit crab is a mascot of humans. Thus, in captivity it is fed with fruits and vegetables, as well as insects.

REPRODUCTION OF THE HERMIT CRAB

Oviparous, the hermit crab reproduces about twice a year and the eggs are released into the sea after being under the abdomen of the female. Hundreds of larvae called zoes emerge from the eggs . The first two stages, nauplii and protozoea , happen inside the eggs; The last stage is called megalopa and it is reached after several changes.

THREATS OF THE HERMIT CRAB

The main threats of the hermit crab are the species that feed on it, including the human being. Birds like the seagull, fish like yellowfin tuna and amphibians like the cane toad see the hermit crab as a delicious food even if they have to get rid of the shell that protects it first.

However, there is no greater danger for this species that is abundant even in water and on land. 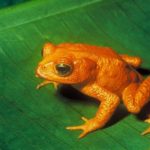 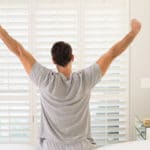