What is the difference between leukocytes and lymphocytes?

The lymphocytes are a group of immune cells are abundant in the lymph , hence its name. It includes B lymphocytes and T lymphocytes, which are the cells responsible for the humoral or antibody-mediated immune response .

It also includes large granular lymphocytes , better known as NK or Natural Killer cells , specialized in the destruction of altered own cells, such as infected cells or cancer cells.

Leukocytes, also called white blood cells , are the set of all immune cells . Therefore, lymphocytes are a type of leukocytes .

The other large family of leukocytes are myeloid leukocytes , for example, monocytes and granulocytes .

All leukocytes, both lymphocytes and myeloid leukocytes, are the characteristic cells of the blood , but they can be found in all the tissues of the body , sometimes as specialized cells. For example, the microglia of the nervous system or the Langerhans cells of the skin.

The term leukocyte is derived from the Greek leukos (white) and kytos (cell), and is the name given to cells specialized in immune function .

The leukocytes , together with erythrocytes and platelets , constitute the so-called formed or figurative elements of the blood, and all of them are formed through hematopoiesis , a process that takes place in the bone marrow .

From this stem cell cell lines are formed each time with a greater degree of differentiation to give rise to erythrocytes, platelets and all types of leukocytes.

When they reach the blood circulation, only leukocytes remain true cells , while erythrocytes and platelets lose the cell nucleus and a large part of the organelles , so they are no longer considered cells and are considered cellular derivatives .

The first differentiation of the hematopoietic stem cell gives rise to two large branches or lineages of blood cells: the myeloid series and the lymphoid series.

Lymphocytes are a type of leukocyte and one of the two main hematopoietic cell lineages. They are very abundant cells in the lymph and are distinguished by having little cytoplasm and a large nucleus frequently eccentric.

Lymphocytes or B and T cells are not distinguishable morphologically, unless very specific staining techniques are applied or by labeling specific membrane receptors of each cell type.

The B lymphocytes , when activated, differentiate into cells producing antibodies , known as plasma cells or plasma cells .

The Natural Killer cells or natural killer attack cells that do not express the major histocompatibility complex class-I (MHC-I)or expressing stress markers such as MIC-A.

The action of NK cells is very important for the destruction of altered own cells, for example infected cells and cancer cells .

All these lymphocytes are derived from a common precursor, the lymphoblast , and this in turn derives from the common lymphoid precursor. 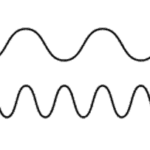 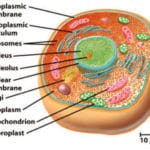