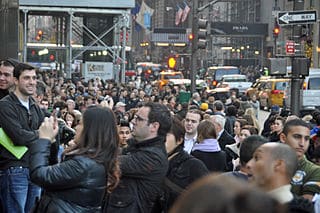 Are you ‘in love with sales’ person and are looking for sales now and then? If yes, then we are here to talk about the biggest bargain hunting season – THE BLACK FRIDAY.

The Friday after the Thanksgiving marks the start of Christmas and holiday shopping season. It is often referred to as “Black Friday” in the United States. It’s the biggest shopping day of the entire year for Americans.  All the stores massively discount their product prices and thousands of people scramble to get the limited goods before they’re sold out.

Black Friday is a fantastic day for the shoppers as well as the retailers. The market gets flooded with many impressive deals, and Black Friday shoppers go wild for them. They even start lining up in front of the stores from 3 a.m or even earlier to get the deals. Many Black Friday sales go online even before the store sale starts.

For example many camera enthusiasts & photographers take advantage of this amazing day by getting the best Black Friday camera deals which they cannot find in normal days.

A lot of electronic items are made specifically for Black Friday and are usually of lower quality. People’s craze for electronic items seems to be at the highest peak during Black Friday. Half of the crowd comprises millennials who are mad behind these products and often ignore the quality of the product during such sales.

Sometimes store owners increase the “normal” price of items before the holidays to make the discounted price seem cheaper. The items are usually marked up from the original cost and then later at the time of sale; they mark it down to make people think they are getting a discount.

Sales are usually found on the older items, and the deals are pretty much same as the last year. Most of the tempting and the biggest sales are on the products left last year as they have to clear out inventory.

Many products promote massive discounts on derivative items, in other words, items that look alike and name the same as the reputed models but are actually made with cheaper components and may not have the same features. These small tricks are widely used during Black Friday store sales.

Most of the good deals only have few numbers of products, and as a result, just a few of the people can get those deals. Although the number of deals is a lot only some of them are profitable. Most of the products are either goods out of the warehouse or are of bad quality.

A survey has shown that one-fourth of the customers at Black Friday were found drunk. A whole big bunch of people wrestling each other to get into the store can be seen on this day. The saddest part of the Black Friday that some people have even died in this shopping rage.

No, you are not getting the best products at the best prices. You will find plenty of impressive deals but always be aware of the fact that you are just buying the cheap products at a low price.

Well, these are just seven facts! There are plenty of them. If you want to add anything in the above information, do let us know in the comments section below!

According to Fortune, In 2017 58 million Americans did their Black Friday shopping online. The number of people looking for great deals online is increasing every year, and so is the number of store stalkers.

Black Friday is precisely one of the best days of the year to make some good sales, but there are many surprising facts about Black Friday you need to know. 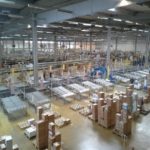 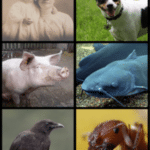