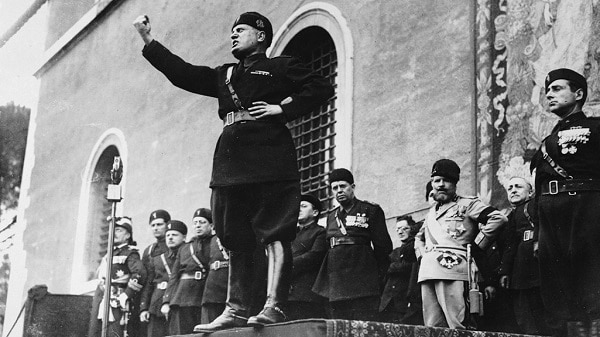 Fascism is a highly nationalist and authoritarian regime of government that had great relevance in Europe in the twentieth century.

In Italy, the fascist regime was established after World War I under the command of Benito Mussolini, who ruled from 1922 to 1943. At the same time, fascist ideals served as the basis for the emergence of Nazism in Germany.

With ideas highly opposed to liberalism, Marxism, and anarchism, fascism is classified as a far-right regime marked by a dictatorial and militarized government.

See the 8 main characteristics that define this type of government.

Fascist regimes strongly value the feeling of nationalism. Thus it is common for fascist governments to exaggerate nationalistic propaganda through slogans, symbols, music, and flags.

In the name of nationalism, fascist governments use all possible forms of manipulation of the population, whether through the media, religion or even violence. In addition, the fascist regimes established in Italy and Germany were constantly seeking the expansion of their territory.

Fascism establishes a totalitarian government that exercises absolute control over the rights of citizens, whether in the political, cultural or economic context. In addition, the government encourages corporatism among all sectors of society with the goal of creating an “Organic State”.

The greatest example of fascist corporatism occurred in Italy during Mussolini’s rule. At that time, workers ‘and employers’ unions were created for each profession. These unions were subject to the supervision of the Communist Party, which ensured that all classes, in all areas, were always in harmony with the ideals of government.

Fascism is a regime that believes in the use of force and violence to achieve its goals. For this reason, the government devotes disproportionate amounts of resources to the financing of weapons and wars, even neglecting other areas such as health or education. In this type of government, soldiers and military are boosted by the masses.

In fascist regimes, the police are highly militarized and have broad autonomy to deal with internal and domestic problems that normally do not require military participation.

Fascist regimes have a constant need to prepare the nation for armed conflict. With this aim, terror speeches are propagated to cause a sense of insecurity and paranoia in the population, which seeks to unite to fight for the same cause. Thus, fascism uses fear as an instrument of motivation.

In a highly militarized and constantly confrontational society, the ideals of government are constantly violently imposed, convincing citizens that human rights are not a priority. Thus, in fascism, there is no appreciation of freedom, physical integrity, equality or even life.

In fascist regimes, the contempt for human rights is transmitted to the population, which becomes conniving with practices such as executions, tortures, arbitrary arrests, etc.

6. Contempt for intellectuals and artists

Whereas fascist governments have the support of the population, those who do not adhere to the ideals of the nation are openly hostile.

For this reason, intellectuals and artists with the ability to question the regime and influence the people to do the same are persecuted, and any form of insurgency against the state is violently rejected.

In order to maintain the integrity of the system, fascist regimes tend to control the media. Control is sometimes exercised directly by the government, and in others, the media undergo indirect regulation. In any case, censorship of ideas against the regime is common.

8. Uses religion as a form of manipulation

In both Germany and Italy fascism in the early years disputed people’s devotion to the church. However, both governments have decided to use religion in their favor to keep the ideals of the population in line and gather more followers. In this way, the fascists began to draw parallels between religious precepts and political ideologies to manipulate people.

In Italy, Mussolini, in addition to being an atheist, had planned to confiscate church assets until he decided to incorporate religious rhetoric into his speeches. 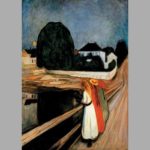 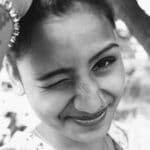