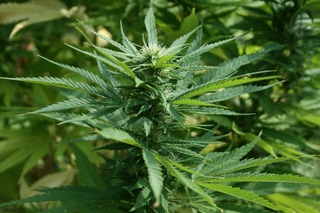 In Canada, Uruguay, Holland, Jamaica and some states of the United States, the therapeutic or recreational use of marijuana is legal. In Spain there is a presentation in the Congress of Deputies to discuss it. But right now you can consume non-psychoactive CBD marijuana oil , which has interesting medicinal properties.

The products obtained from marijuana without THC, but with CBD are already being marketed as supplements for their beneficial effects.

The oil with CBD is the most frequent presentation, although it can also be taken with a vaporizer, added to foods or as a cosmetic ingredient in creams and ointments.

Marijuana ( Cannabis sativa ) is a very complex plant, with active principles that act in synergy. The most characteristic are its 104 cannabinoids, some compounds belonging to the family of terpenophenols.

Estre these molecules, the most prominent from the therapeutic point of view are THC or tetrahydrocannabinol and CBD or cannabidol. THC has psychoactive effects and CBD does not.

The CBD is not a miraculous product, although the exaggerated publicity of some marketers may induce you to think about it.

By itself it does not cure or can with all diseases. However, it presents a broad spectrum of indications where it can play a complementary role as effective natural therapy with few or no side effects.

The effectiveness of the plant is explained by the existence in the human body of an “endocannabinoid system” , consisting of neurotransmitter substances – such as serotonin or anandamide – and its cellular receptors that regulate a variety of functions, such as sleep, appetite , the pain or the immune response.

Therefore, the CBD works practically as naturally as a substance secreted by the body itself.

CBD inhibits the transmission of the nerve signal and modulates the action of several neurotransmitters. These properties explain one of the most popular uses of CBD: relieving stress and depression.

Its effects are similar in efficacy to those of anti-anxiety drugs or antidepressants, but without its side effects.

The benzodiazepines that are prescribed against anxiety or panic attacks are addictive and other drugs often cause agitation, insomnia, reduced libido or headache. On the other hand, side effects are rare with CBD.

In the areas of mental and emotional imbalances, there are several precise indications for CBD.

One of them is epilepsy, since it has been proven that it reduces the frequency and intensity of seizures.

Another indication is social phobia. A study published in 2017 by the University of São Paulo (Brazil) determined that CBD decreases anxiety in patients who feel upset or frightened in social situations, such as public speaking.

In a study conducted at the University of Colorado (United States), CBD oil was used with children to treat insomnia and anxiety due to post-traumatic stress.

A review published in the journal Schizophrenia Bulletin also suggests that CBD can produce beneficialeffects in patients with early psychosis.

Against addictions and neurodegenerative diseases

Addiction treatment is another indication, according to Yasmin Hurd, a neuroscientist and director of the Addiction Institute at Mount Sinai School of Medicine, which helps to exercise more control over compulsive desires.

There are also studies that show the ability of cannabidiol to delay the progression of Alzheimer’s disease, and even to prevent this devastating disease.

These studies have been done with animals and their results can probably be extrapolated to humans, but have not yet been confirmed.

It helps to sleep

CBD has a general calming effect and can induce some sleepiness. It is not the best if you want to be alert, but people with sleeping difficulties may benefit.

Studies have also found that the CBD helps people who can not rest properly. It can lengthen the sleep and improve its quality.

It is effective against pain

Many people use CBD to relieve chronic pain in diseases such as osteoarthritis, rheumatoid arthritis, cancer, multiple sclerosis or neuralgia, such as sciatica.

An investigation with animals found that the application of gel with CBD in the joints was effective to treat the discomfort of arthritis. The authors believe that the effect can be extrapolated to people.

Due to the stigma associated with the marijuana plant, the CBD was a substance that was banned from athletes until last January, when the World Anti-Doping Agency decided to eliminate it from the list of prohibited substances.

Since then, many elite athletes have found in the CBD a natural, effective and less toxic alternative to analgesic drugs such as ibuprofen.

The analgesic properties are accompanied by an anti-inflammatory effect that are interesting for many disorders, such as renal fibrosis, metabolic syndrome, overweight, obesity and diabetes. All these indications have been presented in the latest editions of the Society for the Research of Cannabinoids.

The anti-inflammatory properties are also helpful in a very common problem but difficult to combat: acne. Several studies indicate that it reduces the production of sebum, inflammatory cytokines and bacteria.

In the case of cancer patients, CBD, in addition to pain, can help with nausea and vomiting related to chemotherapy.

Some studies even point out that CBD has a direct anticancer action:it has been seen that it destroys cancer cells in test tubes and in mice has avoided the expression of genes that allow the expansion of certain aggressive types of breast cancer.

However, more studies are needed to ensure that this action also occurs in people.

In the face of cardiovascular diseases

The CBD exercises a series of positive actions on the cardiovascular system that translate into a capacity to reduce blood pressure. In this way it can help prevent heart and brain infarcts.

Research done with animals shows that the combination of relaxing, anti-inflammatory and antioxidant effects serves to protect the heart.

Some possible side effects

In general CBD does not produce annoying effects, but some people can react at high and very high doses with diarrhea, irritability, seizures or nausea.

On the other hand, it is possible that it interacts with some medications,reinforcing or inhibiting its action. For this reason it is always necessary to consult with the doctor if it is combined with pharmacological treatments.

Although some children may benefit from its properties, its prolonged use is not recommended, due to the suspicion that it may affect brain development.

How do you take the CBD oil?

The CBD oil is made by diluting the CBD extracted from the plant in a carrier oil. This may be, for example, coconut, olive, sunflower or hemp oil.

In addition to oil, CBD can be found in other forms: diluted in water, in capsules, in dyes, in spray, in infusion of plants and in creams, for example.

It is advisable that the dose be determined by a doctor with experience with the CBD, but in the case of self-consumption, follow the manufacturer’s instructions.

Most experts, like the pharmacologist Earl Mindell, recommend starting with a dose of 2.5 or 5 mg of CBD per day and increasing it by 5 to 5 mg until the positive effects are perceived.

People interested in trying the CBD have a major obstacle: according to a study conducted by Dr. Ryan Vandrey, of Johns Hopkins University and published in the prestigious The Journal of the American Medical Association (JAMA) , 69% of 84 products analyzed that are sold on the internet do not contain the amount of CBD that they say or do not contain it at all.

That is why it is important to choose a product from a trusted manufacturer that does not make exaggerated promises about its properties.

A prerequisite is that the manufacturer reports the amount of CBD or cannibidiol in the product. In the case of oil, it is common to offer a 10% product, with 1000 mg of CBD or cannabidiol for every 10 ml of oil.

Marijuana is a plant that has been used medicinally for at least 3,000 years. However, his scientific study is beginning. It is still necessary to know better the indications, the doses and the best routes of administration for each therapeutic or preventive objective 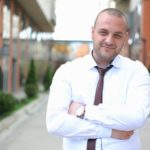 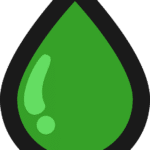