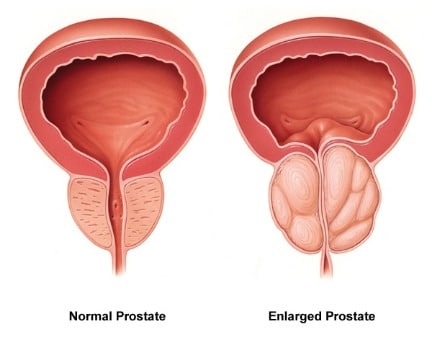 What is the prostate gland

The prostate is a small walnut-sized gland that lies below the bladder, in front of the rectum and is part of the male reproductive tract, since it produces a fluid that combines with sperm to form semen.

At birth, the prostate gland is small . When testosterone levels increase during puberty , the prostate grows rapidly, doubling its size at 20 years of age. Growth slows down during the next two decades and the prostate does not usually cause problems for many years.

As the gland increases, it obstructs with the flow of urine in the urethra. This increases the function of the bladder to eliminate urine. Over time the problem gets worse and often the bladder does not empty all the urine.

Its most common causes are  aging and the presence of androgens or male sex hormones .

The growth of the prostate is often accompanied by obstructive symptoms such as hesitant or intermittent urination, decreased strength and thinning of the urinary stream. Irritative symptoms such as dysuria (pain, discomfort or an urgent sensation that occurs when urinating), urinary frequency, nocturia (increased nocturnal urinary frequency), and urgency to go to the bathroom may also occur .

The severity of these symptoms occurs when the urine in the bladder causes irritation. These symptoms include:

The severe complications can occur if the bladder is not completely empty . The urine that remains in the bladder can cause bacterial growth, which can cause infections in the urinary tract. In addition, urinary stones can form in the lining of the bladder due to an accumulation of debris and chemicals.

Broken blood vessels can produce blood in the urine, often due to torn or enlarged veins on the inner surface of the prostate. Blood in the urine can also be produced by stretching the bladder wall. If left untreated, the urine retained in the bladder can rise to the kidneys, which can lead to injury and kidney failure .

Medications called alpha blockers help relax the muscles at the base of the bladder and increase a man’s ability to urinate . Approximately 70 percent of men experience improvements in their symptoms from a few days or weeks after they started using these medications.

The downside is that alpha blockers can cause dizziness, fatigue or hypotension . Usually alpha blockers that are most prescribed include tamsulosin, alfuzosin, doxazosin and terazosin.

For some men, drugs that block testosterone can reduce the size of the prostate and increase the flow of urine.

The disadvantages of this type of drugs are that they can take three to six months to start acting, and that they can cause impotence in about 4 percent of men who take it .

So here are some natural remedies you can use to prevent these numerous side effects.

The plum tree ( Pygeum africanum) decreases the growth of the cells of the prostatic epithelium, which causes the progressive blockage of the urethra and the consequent problems when urinating.

It contains an interesting component in the fight against adenoma, beta-sitosterol, along with flavonoids and organic acids. It combats urinary urgency , the need to urinate frequently at night and discomfort.

It is also used in the treatment prior to prostate surgery . It is taken in liquid extract and capsules (100 mg, 2 to 4 daily).

The flowering tops, that is, the flowering branches of the nettles, are diuretic and improve the flow of urine.

You can take it in decoction with corn, burdock, fireweed and licorice, up to two glasses a day.

The pumpkin seeds favor the normal functioning of the prostate in long treatments.

You can add the raw seeds in salads and they are also available in oil pearls.

Licorice bark is used to decrease urinary urgency and increase the flow of urine.

It can be taken in decoction (up to two glasses a day), in liquid extracts and capsules.

The Epilobium parviflorum , which grows alongside acequias and rivers, is thought to inhibit the activity of 5-alpha reductase and aromatase, the two enzymes involved in the development of hyperplasia . It also adds powerful anti-inflammatory and diuretic effects.

The infusion (1 teaspoon in a cup with freshly boiled water for 15 min, taken 2-3 daily) is indicated to relieve symptoms associated with the adenoma and to prevent urine infection . 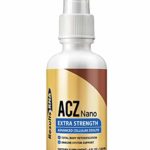 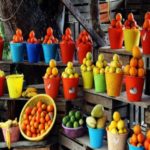