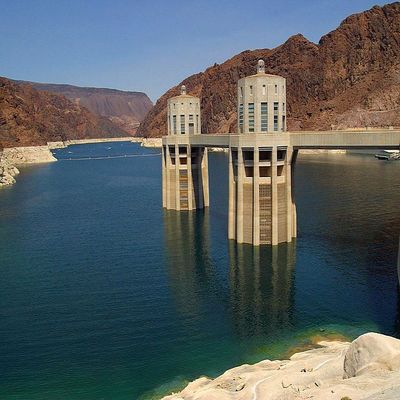 The property of reservoirs or dams to supply water and generate energy is very well known for millennia. Its “easy” physical principle of operation subjugated to the combined properties of natural hydrodynamics make this method of energy use one of the greatest examples of how man subsists directly from the ecosystem.

Numerous archaeological records around the world show us how, from the very dawn of mankind, man knew his most intrinsic properties and used them in favor of his own interests.

In fact, it could be said that the appearance of civilizations themselves owes much to their hydraulic properties.

The Technology of dams and their importance in world history

The inventiveness behind the dams themselves, underlies technological bases that today can be considered much older than those of the industrial revolution itself.

Coinciding with the times in which the wheel would appear, the obelisks and the first written signs the prey more than necessary, are a key element for the maintenance of advanced societies.

Abundant examples of this come from areas such as Egypt , which from the first dynasties, you showed us how many Pharaohs used them to control the floods of the Nile River and nearby rivers.

The transport of cultivated materials as well as different types of stone would never have been possible had it not been for the hydraulic advantage that these structures represented.

In the famous Mesopotamia , many examples abound, in this case the water coming from the Tigris and Euphrates rivers was diverted using channels for irrigation.

Main advantages contributed by the systems of dams in the world

From the macroeconomic point of view, every hydroelectric complex is a government investment made solely with the objective of obtaining a total net benefit over the general hydraulic action.

It is therefore a form of business where the capital invested is able to be reflected later through multiple ways, and facets that make it a perfect solution for the coupling of man to the environment.

As the first advantage offered by this type of technology it is possible to mention the capacity they offer to obtain electric power from the pressure exerted by the lake action.

Hydroelectric power plants, mainly included in the dam systems, incorporate a series of generators, capable of using the water pressure to operate the total potential of the same electrostatic system.

Hydroelectric energy thus becomes an easy and very clean way to obtain power from nature without emitting greenhouse gases (GHGs) into the atmosphere, therefore, they do not “collaborate” with the worsening of global warming caused by anthropogenic or caused by man.

Being therefore a completely alternative and more effective system than thermo-regulated plants which, through the burning of coal and other fuels, promote atmospheric pollution and therefore the degradation of ecosystems in general.

In developing countries, another of the incredible advantages of these constructions is evident.

The importance of dams to feed billions of people

In regions of great aridity, such as North Africa and certain areas of Asia, dams are often used for the extraction and channeling of fresh water, to be used in the domestic as well as in the agricultural field.

“Much of the exported national product such as rice, vegetables and other spices depend on the transfer of large volumes of vital fluid from streams and small mountain tributaries.”

Therefore, the energy needs of the dams are secondary, prioritizing the satisfaction of the most pragmatic needs.

Having this aspect a high presence in countries such as Asia, Australia, China and Japan, or in places where the water deficiency is pronounced and the urgent satisfaction of the daily human needs deserves.

Other examples highlight the mechanical aspect of the same, serving these as an excellent direct support for flood control and flood prevention.

A well-known case is that of Egypt with the Nile River where the floods were controlled after building the Aswan Dam in 1970.

In this case, in widely humid and high rainfall countries, dams are used with a purpose completely contrary to the aforementioned case.

Its main objective is to control the volume of rivers in the face of winter floods, diverting the volume of water to safer areas of the total channel and safeguarding hundreds of families and populations stationed on its banks.

One of the most exuberant cases of this type of objectives is what has happened in certain areas of the Netherlands and the Netherlands , where large sand dams are used for the prevention of flooding by sea swells.

In the city of London, on the River Thames , the famous ” Great Barrier” looms,  which during the course of half a century has protected the suburbs of this global city for more than three decades.

A similar case is also seen on the other side of the European continent, specifically in Venice – Italy, where dams are the formula used to stop the advance of the ocean over flooded urban areas.

Among the defenders of the benefits of dams , one can also count the argument of environmentalists who say that the existence of the same originates also natural guidelines.

Beaver species such as “fiber”, “Canadians” and “californicus” are universally famous for their ability to build dams.

They put up palisades to create artificial lagoons in the rivers and thus maintain a suitable habitat for their development, reproduction, feeding and subsequent growth.

Disadvantages that dams represent for the environment and the human being

The channel of the rivers, naturally regulated to transport a certain volume of water through the course of a large basin, is the first factor associated with the destructiveness that these human buildings present to the ecosystem.

The disposition of materials that regulate in a mechanical way the volume of the same, refers to a countless range of disturbances which, despite being almost imperceptible, remain in the environment for many years.

The first factors affected by this cause fall on the same lacustrine fauna, in animal species such as fish, amphibians, numerous specimens of bears and other biomes in general.

Most of the freshwater species deserve the descent of the numerous schools to calmer waters of the rivers to spawn and thus be able to complete their reproduction and growth processes.

With the installation of this type of reservoirs, these cycles can be abruptly interrupted.

The fish population of the rivers can manifest an abrupt irreparable decline in most of these establishments.

The interruption of the causes of this category are also responsible for upsetting even the very physical properties of the natural water itself.

In static conditions, all stream loses its high concentration of oxygen, as well as the number of nutrients it naturally possesses.

“From this perspective a reservoir fulfills the task of filtering everything to the set of minerals and nutrients that the torrent transports, preventing them from feeding and fertilizing the underlying riverbanks for the rest of the stream.”

Another of the serious consequences of reservoirs, and perhaps this is the reason that has generated the greatest opposition throughout history, is the mechanical disorder that its construction represents.

One of the most recent and best known cases is the construction of the Itaipu Dam, in which case the elevation of the waters represented the evacuation of 6,900 families and the total abandonment of 1,600 buildings .

The ascent of the water, supposes the invasion of terrain normally not adapted by the nature to support the conditions of an artificial invasion.

Not few examples in the world, have caused the destruction of villages, roads, and hectares of crops that have had a high degree of harm to the human and animal populations of the place.

The construction of dams and earthquakes

Recently, the geological investigations associated with this industry have placed a new negative effect of reservoirs on the general environment: self-induced earthquakes .

From the middle of the decade of the 1950s it would have been impossible for international stays to consider the existence of a close relationship between reservoirs and continental telluric activity .

Research like the African geologist Chris Hartnady , managed to demonstrate the opposite of this reality by demonstrating how artificial reservoirs are capable of producing earthquakes of great intensity .

“Advantages and Disadvantages of Building Dams: a question in question that is analyzed in the present article”.

The reason is explained by the increase in the water weight of a huge volume of water stored after a dam, with which nearby seismic faults are often activated to release the lithic stress with which the numerous folds originate.

Extreme cases of these phenomena could manifest themselves visibly in the Valiont dam , located in Italy, which during the course of the year 1963,managed to be destroyed by an earthquake.

The result was the collapse of it with the release of a wave of water that claimed the lives of more than 2,500 people and the physical destruction of many villages.

Final conclusions on the dams

It is a direct reality, that in spite of its different sufferings, the dams will be part of the history of the human being for a long time in the future.

Technology in its many forms, manifests itself from the very desires of man to meet their needs and to meet these requirements in the most ecologically possible way.

In this way it would be possible to affirm that energy, agriculture, and other factions of exploitation in general are nothing more than the very manifestation of human need to dominate the elements of nature.

Putting them as a basis for the undeniable process that has begun with its appearance and that did not end until you know how to take advantage of your own benefits in favor of your self-detriment. 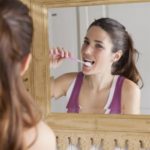 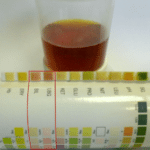