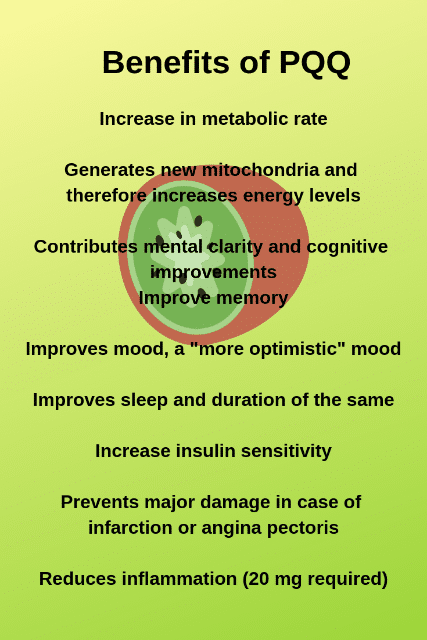 pyrroloquinoline quinone ( PQQ ) was discovered by JG Hauge as the third enzyme cofactor after nicotinamide and flavin in bacteria, although they had hypothesized that this was a naphthoquinone.

PQQ is a reduction oxide cofactor endowed with an extreme molecular stability, capable of performing thousands of electron transfers. for this reason, its antioxidant power is 100x higher than that of vitamin c to neutralize free radicals superoxides and hydroxyls.

Pyrroloquinolinequinone (PQQ) is a tricyclic quinone which functions as a coenzyme in various bacterial reductase oxides reactions.
also known as methoxanthin is considered 100 times more potent than vitamin c, found naturally in foods such as fermented soybeans, kiwi, parsley, green peppers, spinach, green tea, among others (rucker, 2001; tsuge, 2005) an essential nutrient that the organism can not synthesize, being a cofactor of oxo-reduction reactions, acting as a potent antioxidant, with the capacity to neutralize free radicals superoxides and hydroxides, resulting in the reduction of early cellular aging, with the consequence of promoting the aging.

Other studies show that PQQ has a positive influence on brain functions, improving memory and attention in healthy elderly people (nakano, 2009).
by delaying the aging process, it is suggested that PQQ can prevent white hair – this process is closely linked to the degradation and progressive disappearance of mitochondria and excess free radicals in the hair bulb; increases the energy levels essential to cells.

PQQ is a neuroprotective compound that has been shown in a small number of preliminary studies to protect memory and cognition in elderly animals and humans. source Supplementation with PQQ stimulates the production and release of nerve growth factors from cells which support the neurons in the brain, source  ,one of the possible mechanisms for improving memory function apparently It occurs in animals and elderly humans.

PQQ has also been shown to have a protective effect against autoxidation of the DJ-1 protein, one of the first steps in the early onset of some forms of Parkinson’s disease.

PQQ also protects neurons against oxidative injury following damage by ischemia and reperfusion, ie the inflammatory and oxidative damage that results from the sudden return of blood and nutrients to tissues that had been deprived of them by the attack. The reactive nitrogen species (ERNs) increase spontaneously after a stroke or damage to the spinal cord which imposes severe stress to damaged neurons contributing to the neurological damage subsequent long term. PQQ suppresses ERNs in experimentally induced brain attacks And provides additional protection after a spinal cord injury by blocking inducible nitric oxide synthase (iNOS), the largest source of ERNs.

In animal models, administration of PQQ immediately prior to the induction of an attack significantly reduces the size of the damaged brain area. source These observations have been compounded with the in vivo observation that PQQ protects against the possibility of a severe stroke in animal models for cerebral attack and hypoxia.

PQQ also affects some of the neurotransmitter systems in the brain. Protects neurons modulating receptor properties of N – methyl D – aspartate (NMDA),reducing excitotoxicity, ie the long term damage resulting from overstimulation of neurons that are associated with many neurodegenerative diseases and seizures.

PQQ also protects the brain from neurotoxicity induced by other powerful toxins, including mercury source (one of the suspected factors in the development of Alzheimer’s ) and oxidopamine (a potent neurotoxin used by scientists to induce Parkinsonism in laboratory animals destroying dopaminergic neurons and noradrenergic. )

PQQ prevents the aggregation of alpha-synuclein , a protein associated with Parkinson’s disease . It also protects nerve cells from the toxic effects of amyloid beta protein linked to Alzheimer’s disease ,  and reduces the formation of new amyloid beta aggregates. source

In a double-blind study with healthy humans between 40 and 70 years of age, administration of 20 mg of PQQ daily produced clear improvements in cognitive function, such as double the score on memory tests compared to the control group. When within the treatment group, a third separate group was added 300 mg of Q10 to 20 mg of PQQ (note that it was ubiquinone, not the active ubiquinol that is superior and that would require less dose) the results They were even superior. In vitro, PQQ stimulates nerve regeneration (promotes the Nervous Growth Factor)

Damage in a heart attack, such as in the brain, occurs via ischemic reperfusion injury. The administration of PQQ reduces the size of damaged areas in animal models of acute myocardial infarction. Significantly, this occurs regardless of whether the product is administered before or after the ischemic event itself, suggesting that administration within the first few hours of medical response could offer great benefits to the victims of a heart attack. source

Researchers at the University of California, San Francisco investigated this potential, comparing PQQ with beta-blocker metoprolol, a post-myocardial infarction treatment standard. Independently both treatments reduce the size of damaged areas and protect against cardiac muscle dysfunction. When administered together, the pumping pressure of the left ventricle is improved. The combination of PQQ with metoprolol also increases the production of mitochondrial energy, but the effect is modest compared to the action of the PQQ alone. Only PQQ favorably reduces lipid peroxidation. These results led the researchers to conclude that PQQ is “superior to metoprolol in protecting mitochondria from oxidative damage caused by ischemia / reperfusion.” source

Deprivation of PQQ results in the deficiency of the immune system, reducing the levels of interleukin-2 (il-2) required for the development of t-cell immune memory (he, 2003). therefore, the studies conclude that PQQ improves the oxidative state and mitochondrial health, provides multiform support for cardiovascular and cerebral functions; improves the quality of life and mental state of elderly patients, preventing the cognitive decline related to advancing age; prevents premature aging and protects the immune system.

5. Defense of the mitochondria

Mitochondria have their own DNA, different from the DNA of the cell nucleus. Unfortunately, compared to the DNA of the nucleus, the mitochondrial DNA is relatively unprotected. The antioxidant power of PQQ and its ability to modulate gene expression acts in defense of mitochondria. PQQ is an essential nutrient, which means that the body can not manufacture it by itself. A growing number of studies indicate that the unique PQQ profile promotes heart health and cognitive functions, both alone and in combination with coenzyme Q10. Which is not surprising, given the enormous amount of energy consumed by the heart and brain. According to research carried out, Pyrroloquinoline quinone supports cardiac function in the presence of free radicals and promotes blood flow to the heart muscle. When ingested in combination with coenzyme Q10 improves memory, attention and cognitive function.

The PQQ improves the quality of sleep and reduces the time of delay before going to sleep, without producing drowsiness.

In one study, 17 people with symptoms of fatigue and sleep disorder took PQQ for 8 weeks. PQQ was able to “significantly improve the quality of sleep”, with improvements in the duration and quality of sleep after 4 weeks of supplementation.

Taking PQQ resulted in a decrease in the time it took participants to fall asleep. For such an effect to arise, supplementation with 20 mg is required for 8 weeks source

The same study observed that PQQ improves appetite, obsession with food and pain rates. The researchers suggest that this may be a benefit derived from improving the quality and duration of sleep.

The PQQ has pro-oxidant potential by increasing hydrogen peroxide .. Thanks to this the PQQ can inhibit an enzyme called PTP1B, which worsens the sensitivity to insulin source

In studies with mice (which lack the ability to make this protein), the specimens improved their resistance to obesity and their bodies were more sensitive to insulin. It has been proven that women with breast cancer have higher levels of this protein .

Inhibition of PTP1B increases the activity of epidermal growth factor, which has important functions throughout the body, from wound healing to activation of macrophages or liver cells. This explains some of the protective properties of the PQQ.

8. THE PQQ COULD HELP IN THE TREATMENT OF CANCER

One study found that PQQ was capable of destroying certain cells that are sick with leukemia ( source  ).

PQQ could inhibit the formation of melanoma cancers by reducing the expression of the melanin-producing protein. This is achieved thanks to the inhibition of tyrosinase expression and the reduction of gene activity ( source ).

9. THE PQQ IMPROVES THE RESPONSE AND IMMUNE HEALTH

The deprivation of PQQ caused an abnormally low immune function, and in particular a dysfunction of the immune response to stress factors (   source  ).

The addition of PQQ to the diet increased the levels of CD8 + cells and lymphocytes, which are two important regulators of immune activity ( source  ).

PQQ is one of the few known substances capable of ” blocking uranium ” and removing it from the body. PQQ “binds to radioactive uranium preventing DNA damage and mutations” ( source  ).

The best sources of PQQ

PQQ has been found in numerous plant foods analyzed to date1. Foods rich in PPQ include parsley, natto, a spicy Japanese dish made from fermented soybeans, soy, spinach, green peppers, kiwi, papaya and tofu. These foods contain around 2-3 mcg per 100 grams. Green tea provides approximately the same amount in a ration of approximately 115 grams. PQQ has even been found in the composition of human breast milk. 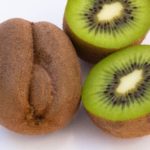 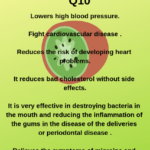