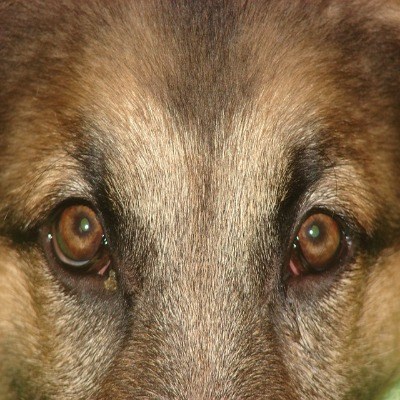 The term ophthalmia can stand for a whole range of different diseases related to your German Shepherd eye. These diseases have very different causes and are of different severity. Attention should be given to eye inflammation in your dog already because it can be an accompanying symptom of serious internal diseases. Often the eye inflammation, especially recurrent conjunctivitis, is an indication of a weakened immune system of the animal and a generally poor condition. Here, pet owners should become aware.

What is an eye infection?

For the localization of eye inflammations, the anatomy of the dog eye is briefly sketched:

The eye lies in the eye socket, which is surrounded around the eyeball with appropriate musculature.
The dog has three eyelids that are attached to the eyeball to protect the eye. The lower and upper eyelids and the cartilaginous nictitating skin are covered with a mucous membrane called the conjunctiva. Externally, the eyeball is covered by the elastic, transparent cornea. Tear channels and glands partially line the eyelids. The innermost skin layer of the eyeball forms the retina or retina.

The classic and common eye inflammation is , the so-called conjunctivitis. Furthermore, the cornea of the eye can also be inflamed, one then speaks of the keratitis. In addition, edges of the eyelids may become inflamed (blepharitis) and glands and ducts in eyelid margins. So-called hailstones and barley grains are the most well-known inflammatory processes here. There are chronic processes in the area of the lacrimal system, which can lead to permanent lacrimation (Epiphora). Less common are inflammatory processes in the interior of the eye that affect the eyeball itself.

Certain breeds often suffer from conjunctivitis such as breeding Pug, Boxer, French Bulldog these are dogs with eyelids that are too large or too small. This does not mean German Shepherds is not affected by this eye inflammation .Furthermore, your young dogs often suffer from prolonged inflammation of the third eyelid – the nictitating skin – which is then covered with small knots and permanently irritates the eye. The disorder usually develops with increasing age of the dog, as the nictitating skin then closes further.

External causes of inflammation include allergenic factors such as pollen and dust. Furthermore, viruses (for example, herpes), fungal spores, bacteria, drafts, external injuries, and sand can cause inflammation around the eye. Parasites can also affect the eye. Finally, eye infections occur in the wake of serious infectious diseases such as distemper or hepatitis. Distemper may even threaten corneal bleeding and corneal detachment. Rare tumors can cause inflammatory processes inside the eyes. In rare cases, inflammation as a result of nerve paralysis, leading to drooping eyelids and similar phenomena. Glaucoma may also be accompanied by irritation of the eyes.

Symptoms of an eye infection

Depending on the type and severity, eye inflammation is manifested by various symptoms. Conjunctivitis is regularly characterized by redness, swelling, noticeable itching and discharge. The discharge may be clear or purulent yellowish. It often arises in affected animals, the classic “tear road”, which is clearly visible on the side by the constant flow of liquid under the eye. Affected German Shepherd often try to scratch or rub their paws on their eyes. The dogs can react light-shy and try to avoid touches on the eye and in the head area. In general, the dog seems to be injured and likes to retire.

In connection with infectious diseases, food refusal, vomiting, fever and weakness may be added. Inflammation in the eye can change the vision, which can lead to awkward behavior of the animal.

Herpes infections are characterized by the typical formation of bubbles, which release fluid in the further course. A symptom of serious inflammatory diseases can also be the so-called nasal membrane episode, in which case the third eyelid permanently falls paralyzed forward. In the context of severe overall diseases of the animal, which are accompanied by emaciation and wasting, one also encounters the nictitating.

Conjunctivitis and corneal inflammation are relatively easy to detect by an external examination at the vet. Even the layman and pet owner usually recognizes that a part of the eye is inflamed. Ocular processes can often only be diagnosed with appropriate specialized instruments by qualified veterinarians specializing in ophthalmology.

Treatment of eye inflammation in the dog

The eye inflammations are treated depending on the cause antibiotic, soothing, anti-allergic, antiparasitic or virostatic. Naturopathic remedies fight the inflammatory process itself or also act against other causes.

Medical treatment by the veterinarian

The vet holds a number of drops, ointments and gels that help fight the specific inflammation. Frequently one proceeds with the classical conjunctivitis or keratitis with antibiotics, which are used against non-specific inflammatory processes, because one proceeds from bacterial colonization. If it the result of allergies your German Shepherd will get from help antiallergic products. If it is an eye infection in the wake of an infectious disease such as distemper the ocular inflammation is treated symptomatically, but in principle, the underlying underlying disease must be treated.

Operation – when does it become necessary?

Surgery may be necessary in connection with tumor events. They are regularly performed by veterinarians specialized in ophthalmology. Surgeries may also be necessary when turning inwards as a complication of inflammatory processes or congenital eyelids. This phenomenon also occurs in eyelashes. Acute glaucoma may also require surgery, as well as certain foreign bodies. Cereal hides, so-called awns, often penetrate deep into the body, whereby the eye is not always spared.

Herbal medicine and other naturopathic remedies

Infusions of sage, sheep and marshmallow, which can be put together in the pharmacy, show good results, if the animal likes lukewarm cushions and rinses. By the way, chamomile does not get in the eye – corneal damage is possible due to the chamomile. Eye drops with hyaluronic acid and colloidal silver have anti-inflammatory and preventative effects.

The untreated ophthalmia and its consequences

Untreated ophthalmia can lead to blindness in an emergency.
On the cornea, injuries and inflammatory processes can lead to permanent scars, which can also impair vision. Also, corneal ruptures and other consequences cannot be ruled out. Eye inflammation is painful and puts a lot of strain on the affected animal. If an infectious disease is hidden behind the eye inflammation, this is usually severe. It requires immediate treatment.

Known allergy triggers and other external conditions such as drafts can be avoided.  The eye area should be regularly cleaned with suitable wipes and special attention paid to the eyes. Since recurrent eye inflammation is often associated with a weakened immune system, affected animals should also be specially cared for in this regard. This includes a high-quality diet as well as a species-appropriate attitude. Homoeopathic constitutional treatments are also surprisingly good at this point. 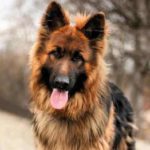 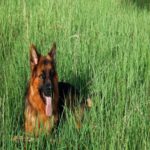