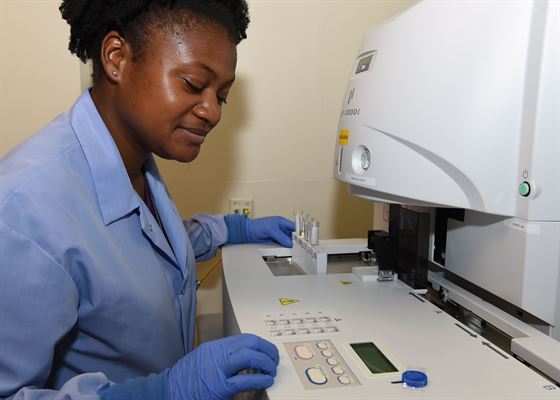 Discussion on the advantages and disadvantages of science and technology

Advances in science and technological advances have generated a series of benefits in improving the quality of life of humanity, processes have been transformed and changed by changing global processes, as science generates new knowledge such as Technology in order to achieve specific objectives or problems in society. The fourth industrial revolution, characterized by the influx of biological, physical and digital technologies, represents a radical change with its associated benefits and risks. The new advances are related to areas such as neurotechnology, artificial intelligence, robotics and everything related to genetic engineering, issues that to some extent are far from the ordinary citizen

From this perspective, science and technology can generate ethical and security risks when scientific knowledge is used against human survival or privacy is eliminated generating a reduction in social cohesion.

In this context, scientific and technological research faces ethical dilemmas with complex and philosophical implications in different areas of knowledge, such as in genetic engineering there is the possibility of manipulating genetic codes to create superior human beings, the development of specific technologies for violate human rights, competition between man and machine through robotics, scientific applications for war, among others, showing that the benefits of technology are combined with their risks and dangers where in some cases side effects are generated or unwanted byproducts that can threaten natural and social processes.

One of the fundamental characteristics of the new wave must seek to have the opinions of the population because they determine a community perspective to determine where the society is going and their concerns are translated into priorities or scientific interest diminished by certain topics where research can be more or less intensive according to the opinions of citizens taking into account that much of the research in the world comes from public monies, which implies prioritizing priority issues for society.

For this reason, scientific knowledge should promote welfare, progress, social construction and the peaceful resolution of conflicts. Where Resolution 43 of the UN promotes greater awareness of the scientific community to use science and technology as an instrument to achieve peace, security, international cooperation, social and economic development, the promotion of human rights and The environmental protection.

Therefore, one of the most important challenges of science and technology is to achieve the competencies to evaluate the implications of each of the results and technological developments that in many cases are faster and exceed the monitoring and institutional control capabilities to anticipate their implications, a balance must be maintained since in many cases the scientific and technological advances occur without adverse consequences and with multiple benefits, in other cases these same technological developments generate a series of unforeseen and / or undesirable effects where the times between development and deployment they are short to perform a prudent and effective evaluation of the technology in the face of its potential consequences and impacts.

In addition to the risks, science and technology offers multiple benefits that have been evidenced in recent years by having longer life expectancy, a healthier population, less work intensity in the production of goods and higher quality is achieved of life.

In this way, we must ensure that science and technology seek appropriate solutions for the problems of humanity, improve the quality of life, present and future, create and strengthen peaceful and sustainable societies, which means that research must work for the development of societies in an egalitarian manner where it is fundamental to have public policy guidelines that promote a science and technology for the benefit of humanity, taking into account that science and technology allow to consolidate economic prosperity, transform social structures, modes of behavior and attitudes in the generation of new knowledge and tolerance levels are improved through education.

Taking into account these elements and power the benefits of science and technology should ensure a free flow of information through press freedom and freedom of expression; guarantee the practice and enjoyment of human rights; promote sustainable development; favor dialogue based on logic that is based on education; strengthen equality in all aspects and levels and guarantee a leading role for science and technology as a key element of development and social welfare.

It is the only method to prove things that is complete, exhaustive and verifiable. This means that a demonstration is only valid if it can be repeated again and again, always having the same result. With this method science assures us that scientific knowledge has a solid base, demonstrable to anyone. The result is that it produces absolutely reliable knowledge, unlike speculation, belief, superstition, etc.

The last decades technology has brought us incredible inventions , supported by a context of capitalist economy and politics , we have advanced more in this generation than in several previous generations together; the pace at which it grows is overwhelming.

We have products and applications that have changed the way we communicate; the mobile phones, Skype or Whatsapp with clear examples of how it is now easier than ever to be connected in the distance quickly, easily and cheaply. Surely many still remember those moments of desperation looking for a cabin around the city, thinking about changing the ticket you have in your wallet to get loose.

Nobody would think it a good idea to go back to those times … or would it? There are people who think that we live too hooked to our devices; not without reason, images like this that I show you below are a clear representation of that opinion:

However, what do we do with the mobile phone or the tablet in the subway? Many use it to read, be it a book, or the press from the web of their favorite media, work … Others watch movies, others play … In short, we are distracted. Is it so different from the ones we used to do before? Take a look:

In many cases the need covered by the technologies is the same as that covered by the “old” products, simply with improvements … The phones have been decreasing in size, the speed of connection has been increasing and calls between continents no longer cost a kidney thanks to wifi, among other things.

Returning to the educational environment , according to a study prepared by the Economist Intelligence Unit called  Humans and Machines , 90% of leaders in the education sector believe that thanks to technology they are more imaginative and creative, and 80% claim to be more productive.

As for the students, there are many applications that make the task of learning much more fun: for example, DotToDot numbers & letters is an application designed for children of the house with which they can practice the series of numbers or letters.

The application can be customized, you choose the difficulty, the level, the music, the effects … to adapt it to the needs of the small players. This kind of tools take advantage of what we have known for years; playing like more than studying. The combination of both has experienced a boom with the arrival of technologies, since there are many more interactive supports that allow these methods to be developed.

The promotion of scientific activity is another of the great advantages of the new technological world; Health is the clearest example. Every day there is more chance of surviving diseases that were previously incurable. Commercial activity has also been encouraged ; There are more possibilities in the production of new products, more agility and faster. The processes of creation and construction are simplified, modernized and everything contributes to the wheel of growth does not stagnate.

But everything that glitters is not gold and, sometimes, things happen like the 4YFN prize wins a startup that, a priori, seems to reward no effort and stagnate the development of learning. The 21st century is facing a very divided panorama and its biggest challenge will be to face the collateral damage of certain advances.

Let’s start with the one that, I think, most worries: the negative effect on the environment. In 2010, a study was published that claimed that the most polluting technologies were still to be developed. Why is not progress used to curb pollution instead of creating more? In the end, it seems counterproductive to create so many things while destroying others; as the planet itself.

International environmental law recognizes how technology can contribute to environmental objectives and that is why most multilateral environmental agreements contain clauses to identify the most innovative and efficient technologies, and to promote their development and dissemination. What is wrong then?

We could summarize it roughly to a problem of conflict of business interests, of great fortunes and policies of the countries of the so-called first world, more interested in money than in society. But we leave this for the debate so that each one contributes his vision.

Another big problem that has arisen is security : how can we guarantee the security of society? 3 daily acts that can compromise our security: connect to an open wifi is one of them, anyone can access the data you entered while browsing and stealing. Taking pictures and hanging them on the network is another bad idea; You are telling the whole world where you are and what you are doing, giving other people the opportunity to know that your house is empty and unprotected. Buy online and use a passwords on computers that are not yours is also something we should avoid and we do not.

There are countless things that we should consider and that we do not stop to think about; either by unconsciousness, carelessness or confidence that everything is monitored and controlled, without knowing that in reality it is not like that.

But it’s not just security in terms of data protection that should worry us; There are many other ways in which technology can harm us, especially when we misuse them. In addition to the fattest or urgent problems, the technologies bring us small changes that, although now smaller, will eventually become a new hallmark of humanity , as were the changes between the Austrolopáitechus and homo sapiens.

All the generations before the digital natives are aware of the before and after the technological “invasion” and the revolution that has supposed in our way of living.

We are inhabitants and witnesses of a technological ecosystem, not seen until now, in which the processes of transition and integration prevail, in a coherent and sustainable way.

Like all disruptive movements, the consequences are countless; but we should not forget that it has as many advantages as disadvantages, and we still do not know the effect of some of its applications.

But it also widens the digital divide and accentuates inequalities … 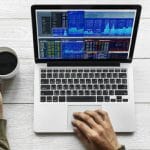 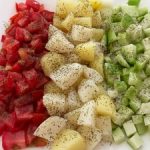