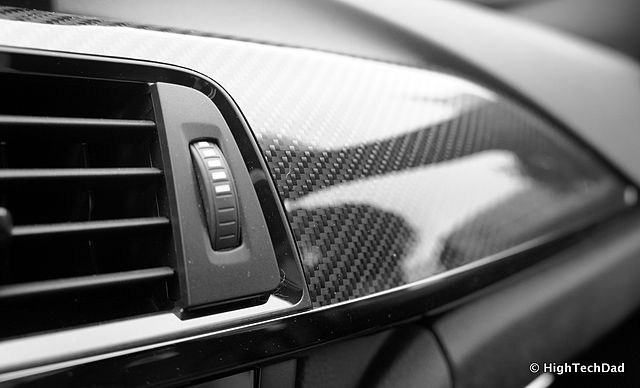 The automotive world is experiencing an intense evolution, an evolution that mainly leads to efficiency. Carbon fiber, also known as CFRP (Carbon Fiber Reinforced Plastic), is one of the most talked about materials, increasingly used in series cars, and not only in high-performance sports cars. Its arrival in the market will be massive in the coming years, so we must know what carbon fiber is.
We must know what many qualify as the material of the future, and that it meets many of the requirements that manufacturers seek in the construction of new cars. With broad features, carbon fiber allows to reduce the weight at the same time that it can increase the rigidity of some pieces. Therefore, more and more manufacturers are betting on its arrival on the streets, not without a good deal of inconvenience for a material that is still expensive and complicated to produce.

What is carbon fiber?

Carbon fiber, as such, is a relatively simple material to understand, not to produce. It is a material composed of carbon atoms that form very thin fibers, from 5 to 10 microns, less than the diameter of a human hair. These fibers are braided together so that they create very strong and light threads. These threads are those that are usually joined with hundreds of other threads to create the carbon fiber fabrics that will be the base material of the piece to be built.

This cloth, as such, is not worth to create the resistant pieces you need, for example, the carbon fiber chassis of a car, nor a simple rigid piece really. You need a more elaborate process that consists of creating the pieces from some molds where the fiber cloth is placed. This is treated with a series of thermosetting resins (it is the most used method) that, through a vacuum process, removes air, adapts the fabric to the mold and compacts the resins. Then, once dry, we already have a piece of carbon fiber. Not only is the pressure and vacuum method used, but it is the most widespread for the use we know today. The piece must continue treating it by filing edges or even painting or protecting if required.

The origin of carbon fiber

Carbon fiber or CFRP has, like all material, an origin, although its mass knowledge has been relatively close. His first appearances date from the late nineteenth century, with the appearance of the incandescent lamp with carbon filament. But of course, that was not the carbon fiber that we know today. For this we must advance in the calendar and go back to the middle of the last century.
His first useful applications were in the world of aviation, still a very used material in this field. But seeing their results, the world of car racing became interested in the new material, and since then it has only increased. You only have to see elite motorsport, Formula 1, how it abuses carbon fiber, not only for lightness and durability, but also for safety.

Carbon fiber or CFRP is increasingly applied to the world of street cars, being one of the materials we see most in the latest releases. For manufacturers it is tremendously interesting for its properties to be stronger than steel and stronger than aluminum. In addition, it does not carry the same durability problems, such as corrosion in metals.
In street cars it is used in different pieces. Some carbon parts are simply ornaments, either for mirror housings or interior inserts. The weight saving is not that significant. On the other hand, some models use this material to replace body panels, such as the engine cover, the roof, or aerodynamic elements such as ailerons. The weight in these cases is drastically modified.
One of the latest developments in the application of carbon fiber in street cars is linked to internal elements. The carbon fiber chassis or with carbon fiber parts are already a reality in the range of some manufacturers, and not necessarily between sports. This application is expected to be more extensive in the future, and should also change to new elements such as suspension arms or subframe.

One of the latest applications of carbon fiber or Carbon Fiber Reinforced Plastic in street cars has been on the tires. Ford, with its Shelby Mustang GT350R, is the first manufacturer to offer carbon fiber wheels in a large series car. It is true that Koenigsegg, in one of its sports, already offered it. Not in vain, the Mustang is of greater production, although also limited, and of a much lower price.
Ford, allied with the specialized company Carbon Revolution, offers tires that are lighter and more resistant than aluminum ones. Ford says they are more resistant than aluminum, but also are lighter, which reduces unsprung masses. So much so that Ford, when placing them in the Mustang, says that he had to recalibrate the chassis given the new reactions of the wheels.

Carbon fiber, as such, has advantages and disadvantages. Starting with the first, the advantages, the best known of all is lightness. Precisely, the carbon fiber being so resistant, which is another of its virtues, allows us to use a smaller amount of material for the same resistance that a metal piece would need. By using less material, and to be of a low density, it allows to save a few kilos that will be subtracted from the global calculation.
On the other hand, it is also a material resistant to external agents. Logically, carbon fiber is treated with resistant resins and varnishes but has the advantage, for example, of a metal part, of not presenting corrosion. The modulus of elasticity against metal parts is also superior. Faced with temperature variations, it also retains its shape.
The disadvantages, not to mention the main disadvantage, is the price. It is a material that is complicated to elaborate, in addition to needing a still long elaboration process that does not match the current production requirements. On the other hand, using the thermosetting resins that are widely used, it is a difficult material to recycle. In the future, with the use of thermoplastic resins, this point will be simpler and more viable. Finally, carbon fiber is a good conductor of electricity.

Carbon fiber is used more for decorating than for a really useful function today. It is true that high performance cars, without counting the competition where the requirement is useful and not so much aesthetic, enjoy more clearly and simplicity of carbon fiber to increase rigidity and reduce weight. At the moment there are few street cars with carbon fiber chassis, and those who wear it can usually afford a higher price. As an example there we have the BMW i3, which without being sporting uses a carbon chassis.
But do not confuse the carbon fiber that can go in the chassis, or elements that really need lightness and strength, which only serves to decorate. In fact, on many occasions, for the latter type it is more frequent to use pieces of fiberglass, cheaper, with a carbon fiber cloth above to decorate. It is the case, for example, of many moldings that populate the interiors. It is something that we could also find, for example, in mirror housings or some aerodynamic appendages. The carbon fiber vinyls just mimic it.

What future does it have?

Carbon fiber, despite being expensive for manufacturers at the moment, is one of the materials that are being left wanting for an industry that seeks maximum efficiency. Its lightness allows the whole car to be less heavy and, therefore, it is not necessary to use mechanics of larger size and higher consumption. In turn, those smaller mechanics also result in a lower weight.
The future for carbon fiber or CFRP in the automotive world is assured, even more when it is possible to implement the use of thermoplastic resins, which will be the breakthrough in this matter. Its production will be faster, it will produce more and, consequently, the price will decrease. Therefore, carbon fiber will end up being democratized. As we have already mentioned, with this technique of thermoplastic resins, recycling will also be easier, something vital in the automotive world.

Likewise, the manufacturers of high performance cars have seen how carbon fiber is beneficial for their creations. Its rigidity also allows to create more rigid chassis that benefit the operation of the suspensions. We have already seen in some cases of sports cars not exaggeratedly expensive how these two advantages merge, as in the Alfa Romeo 4C.
Currently, BMW is one of the most advanced manufacturers of its carbon fiber conversion process, and it already markets two vehicles with carbon chassis: the BMW i3 and i8. The agreements of collaboration with specialized manufacturers are giving an economic respite to this material, which in a horizon of about 5-10 years should reach more widely the cars of great mass.
High strength steels are currently used to create lighter body styles. Being a more resistant material than conventional steel, less of it can be used to obtain the same rigidity. With less material lightens the weight of the whole. The CFRP should be the next step in the construction of chassis and bodywork of vehicles, almost completely replacing the metal parts. Currently, carbon fiber and aluminum are used in different parts to reduce weight, as in the aforementioned Alfa Romeo 4C. 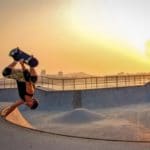 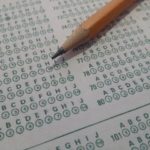