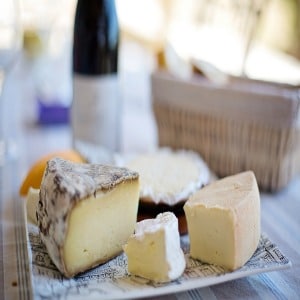 The cheese is a derivative of the milk of different animals that after a process of curdling or elimination of the serum and a time of maturation, acquires a different consistency. Thus, depending on the milk of origin but especially the healing time, we find different alternatives . We show you the nutritional differences between cured, semi-cured, tender and fresh cheeses .

The nutrients of cheese

As we have said, cheese is a dairy derivative and because it removes much of the aqueous content of milk, it is composed primarily of proteins and fats .

In addition, it is a source of minerals such as potassium , sodium and calcium and highlights the presence of vitamin D, although we can also find a minimum of vitamin A, E and B vitamins .

However, the proportion of these nutrients can vary from one cheese to another depending on the production process itself, in addition to the animal that gave rise to the milk from which it derives and especially affects its nutritional composition the time during which the cheese it parks or matures .

Fresh cheeses are those that do not age or mature, that is, they do not have a curing time but are the result of the curdling of the milk itself.

These are the cheeses with the highest water content and the least concentration of nutrients, so they have a mild flavor and a soft consistency, being a source of quality proteins but with very low fat and cholesterol , being a good alternative when we seek to lose weight .

Also, they are reduced in sodium because they still conserve part of the milk serum and therefore, their minerals and vitamins are diluted.

They also provide potassium, calcium and vitamin D to the body.

The fresh cheeses of cow are those that less fat and cholesterol concentrate , while we also find fresh cheeses derived from sheep and goat’s milk as well as buffalo milk as is the case of fresh mozzarella.

Unlike cheeses fresh, soft cheeses if you have a short maturation time. Thus, its curing process lasts between 15 and 30 days , and therefore, although it has a higher water content than cured and semi-hard cheeses, it has a lower proportion than a fresh cheese.

It is still a cheese with low contribution of sodium and fats as well as cholesterol, of soft flavor and soft consistency and similarly to fresh cheese, soft cheeses derived from cow’s milk have less fat and cholesterol than derived from goat or sheep milk.

They are also a good alternative to satiate without adding many calories or sodium , so they are recommended along with fresh cheeses in a weight loss plan .

Semi-mature cheeses are those that have been parked for two to three months , a process during which the aqueous content of the cheese is considerably reduced and all kinds of nutrients are concentrated.

Thus, although semi-cured cheese has more proteins than the aforementioned cheeses with no or little maturation, it also concentrates more fats and cholesterol than the former.

Its sodium content is higher which makes it a product to moderate in those who have hypertension, cardiovascular or renal problems. But also, it has more calcium and potassium, as well as higher proportions of vitamin D than fresh and tender cheeses.

Cured cheeses are those that are stored for between four and seven months , which is why they are the ones with the lowest proportion of water and whey concentrate.

They are the ones that we usually consume in the form of grated cheese and that have a longer shelf life, since its water content is very small and this prevents it from deteriorating easily.

The cured cheeses are those that we should consume in lower rations if we seek to lose weight although they can be very helpful for those who have lactose intolerance, seek to take kilos or, they want to easily add calcium or protein to the diet.

In short, the greater the degree of curing or ripening time of the cheese, the less water and the greater concentration of calories and nutrients, such as fats, proteins and micronutrients, both positive as potassium or disadvised in excess, such as sodium. 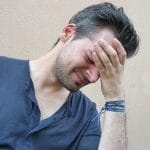 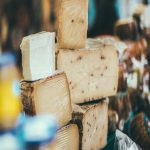