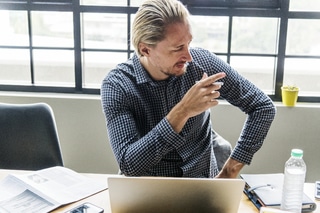 What is the difference between a manager and a leader?

This question, many of us are asking.

And we will see that the answer is exciting, but far from obvious.

At the end of this article you will perfectly distinguish the work of a manager from that of a leader. You will also understand how the best chefs come together to achieve exceptional results.

Be careful, because you may also be surprised by the conclusion, which will explain why differentiate manager and leader is an absurdity.

But let’s start by discovering the four fundamental differences between a manager and a leader.

1- The horizon and objectives

The first difference between a manager and a leader lies in their horizon and their goals.

A manager focuses on the short term. It seeks to achieve “production” objectives rarely exceeding one year.

For example, the person in charge of an automobile production line will ensure that ten thousand cars are built per week and that the costs do not exceed a certain threshold.

A leader built over the long term. Ambitious, he wants to evolve and transform. And its goal can be quite spread over one or more decades.

Bill Gates, at the beginning of Microsoft, dreamed of a world where every home would have a computer. This goal seemed unimaginable at the time, as the price and size of the machines were important. Yet thirty years after Gates had made it a reality.

The second difference between a manager and a leader lies in their actions.

He breaks down the objectives into concrete and measurable tasks, the realization of which he follows. He plans, organizes, coordinates and controls. To know where his team’s work is, he uses reporting and indicators.

The actions of the manager ask him to reason coldly, like a robot. He uses his brain first and foremost.

The leader’s approach is different, he creates meaning and accompanies.

He knows that to achieve his goals, he must generate energy , enthusiasm and envy.

To achieve this, he uses several strategies. First, he presents a vision of an irresistible future and convinces his entourage to help him give birth. Then he makes sure that the work done goes in the right direction. Then he explains and contextualizes his choices because he knows the positive impact of good communication on motivation. Finally, it involves others by involving them in decisions.

The leader seeks to answer two questions: “What” and “Why? “.

Compared to the manager, the leader’s register is in the emotion, he tries to create a positive dynamic. He makes more use of his heart.

The third difference between a manager and a leader lies in the authority they hold.

We obey a manager while following a leader.

The manager uses his title, his “formal” authority to enforce the instructions he gives.

The leader relies on an “informal” authority: influence . Thanks to his excellent social relations, his inspiring personality, and his professional credibility, he gets the trust of others and makes them want to do what he asks.

Moreover, we can be a leader of a group over which we have no authority.

Dreaming of a Gaul rid of the Romans, he convinced many independent tribes to join him after demonstrating his brilliant capabilities as a military strategist. Without direct authority over these men, he gained their trust and created a formidable resistance force.

And despite his loss to Caesar, he remains an exceptional leader.

Finally, the ultimate difference between a manager and a leader lies in the risks they take. And this is explained by their different objectives.

A manager wants results immediately or in the near future. He therefore seeks stability and avoids taking risks.

A leader brings change , he is interested in long-term results. His ambition leads him to take more risks to achieve his vision.

I now propose a concrete example to understand the difference between a manager and a leader in practice.

Imagine an association of hikers who decides to organize a big trip.

The leader will convince the group to march to China. It will make him want to go there by describing the sublime peaks of the Yangshuo Valley, the exquisite taste of the Pekingese Peking duck, and the delicious scent of traditional gardens in the spring.

When a member complains about the painful blisters burning his feet, the leader will cheer him up by evoking the beautiful destination that awaits them. He will give her the strength to continue despite the difficulties.

It will also let the group decide which path to take. For example if he prefers to cross the vast steppes of Kazakhstan or the arid desert of Turkish stone to reach the middle empire.

The president of the association will take the role of manager.

It will calculate the number of days the trip will take based on the available budget and then determine the path to follow. As a good administrator, he will ensure that the group advances sufficiently daily and that he has the necessary provisions to cross the uninhabited areas.

The leader gives birth to the dream, the manager transforms it into reality.

To verify that you have understood the difference between a manager and a leader, I propose to test you.

Guess if the person I mention below is a manager or a leader.

Gustave has just been recruited to coach the soccer team of the city of Haarang on sand.

Former high level player, he organizes a big dinner on the day of his arrival to introduce himself to the players.

He tells them the highlights of his career and the immense satisfaction he felt when his team won the championship; an accomplishment that every player should live.

The season begins, and the days follow and look alike. Methodically, he establishes a training plan with his assistants at the beginning of each week, and ensures that each player performs all the requested exercises. He also follows the performance of each member of the team to determine their fitness and adjust their playing time.

When a player goes bad, he takes it under his wing and reassures him. He reminds her that it is perfectly normal to have morale or level cuts, and not to worry because he will support him whatever happens.

So ? Does his style make you think of a manager or a leader?

In fact, Gustave is both manager and leader, like the majority of people who manage a team. Opposing manager to leader is an absurdity, here’s why.

The absurdity of the opposition

As we have seen, managers and leaders act on different registers. And these registers are complementary, like the two faces of the same coin.

As we have seen with Gustave, certain situations require to be cold and analytical, or authoritarian. And other situations need to be warm or unifying.

A person who is too “managerial” will have a hard time motivating his team, which will result in little commitment, high absenteeism and high employee departure rates, and degrade the results.

A person who is too “leader” will manage the resources poorly, will be dispersed, and will have difficulties in obtaining concrete results that will advance his project, which will obviously also affect the results.

In other words, to succeed, the manager needs the leader, and vice versa.

One of the secrets of the best chefs, those who manage to federate around them and perform wonders, is that they find a winning combination between leader and manager.

They present a pleasant vision of the future and break it down into a short-term goal. To follow the progress of the work, they use the reporting but also take the “temperature” of their team. They appeal to the group to decide, but also make certain decisions alone, relying on their authority.

In short, they dream and federate with the leadership, and concretize with the management.

Moreover, in common parlance, a leader is not someone with only leadership skills.

We commonly use “leader” to talk about a person who gathers and gets results, so who has both leadership skills and managerial skills.

Conclusion: What is the difference between a manager and a leader?

There are four differences between a manager and a leader:

A manager seeks to achieve short-term results, while a leader seeks to transform in the long run. The manager creates results using his brain and his analytical mind, the leader speaks to the heart of others and transmits motivation, enthusiasm and envy. A manager uses his title, the leader his influence. Finally a leader will take more risks than a manager.

But you must not oppose these roles but reconcile them. Because to become an exceptional leader you must both know how to federate and use efficiently the resources that are provided to you to obtain concrete results, which requires manager and leader skills. 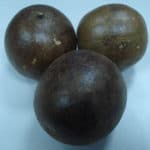 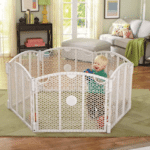