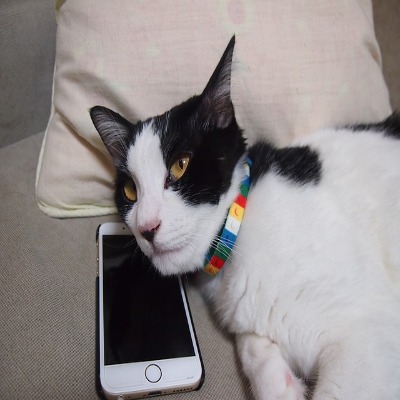 Yes, sleeping with your mobile phone could be bad for your health . But not because of a matter of waves and radiation, whose relationship there is no evidence, but for a much simpler thing: light.

Humans are beings deeply marked by our internal clock, which is controlled by light and other stimuli. Going to bed with your mobile, tablet or other electronic device could cause unexpected adverse effects . What does science say about it?

The problem of blue light

Light regulates the segregation of melatonin , which is the hormone that regulates the physiological state that leads to sleep, among many other things. Thus, during the day it is hardly secreted, whereas when the reddish light of dusk arrives it begins its production by the pineal gland. Hours later, under the darkness of night, melatonin reaches its peaks , inducing us to sleep.

This happens because it activates a series of metabolic cascades, that is, chemical and physiological signals in our body. And this is where we find the real problem: the blue light . Mobile phones and tablets, as well as other devices, emit bright lights, especially within the range of blues.

The blue light, which in nature is associated with the daytime sky, is, by far, the light that most suppresses the production of melatonin . Moreover , numerous studies , such as those carried out by the New York Light Research Center, have shown that artificial light is capable of suppressing melatonin secretion. In addition to the wavelength range (which provides the color of the light), another determining factor is the intensity: the higher it is, the more the cycle of secretion is interrupted .

With the stop of melatonin the circadian cycle is interrupted and the quality of the sleep descends. Our brain, before the stimuli coming from the mobile device, does not enter the state of relaxation necessary to sleep properly, which arrives about 45 minutes later (according to the melatonin peaks) of the darkness arriving.

The importance of a good dream

Lying down with your mobile phone can promote the causes of cancer, cardiovascular diseases, depression … yes, and all because of the bad regulation of the circadian rhythm. According to the World Health Organization , reducing a single hour of sleep from our needs can make concentration difficult, and makes it easier to make incorrect decisions and take risks.

The lack of sleep helps the appearance of neurological and metabolic diseases . As we noted, it also increases the possibility of suffering from some types of cancer , diabetes and a host of other pathologies. The dream is important, although we do not know at all why.

Moreover, we can say with total security that a good sleep is essential for our health . For some time now we have known that the time we spend sleeping is not as important as the quality with which we do it. Each person has different needs, ranging between six and ten hours. This time is necessary to complete 45 minutes to one hour of deep sleep .

Not sleeping well is associated with all the previous problems. According to the evidence found by the Institute of Pharmacology and Toxicology and Neurosciences of Atlanta, using cell phones and tablets in bed is associated with not sleeping well. This relationship is the one that determines, really, why we should not sleep next to our mobile: because we need to rest better to have more health. Electronic devices are a proven potential impediment to getting such rest.

What more dangers does it have to sleep next to the mobile?

A recent study conducted by the Barcelona Institute for Global Health, associated with the prestigious Pompeu Fabra, showed that walking around with mobile phones at night has an interesting relationship with prostate and breast cancer : it increases its incidence. It has been a while since the fear of the waves tries to link cancer to the use of mobile phones. Although it is more than proven that there is no relationship between electromagnetic waves produced by electronic devices and harmful effects (such as insomnia, cancer ), sometimes fear continued to promote pilgrim ideas and faslas. However, the relationship we mentioned, like the rest, is due to not sleeping, and not to the waves.

On the other hand, the evidence obtained by a team of researchers from the University of Toledo, Ohio, showed that blue light could damage our eyes . This work still needs to be supported by other tests, but the study aims to fix the view on mobile phones and tablets for a long time could be related to macular degeneration.

In conclusion, yes there is a danger related to our habits . This has a positive side: we can avoid the problem by changing customs. How? For example, stop using your cell phone before going to bed or in bed. Another option, for example, is to lower the brightness and use the “night” systems of the mobiles, which change to reddish tones. And this works? It seems that yes: the researchcarried out by the team of Juan Antonio Madrid, one of the greatest experts in chronobiology in the country, say that a suitable light can help us to keep the biological rhythm in place, something that can be useful for us. improve our quality of life. 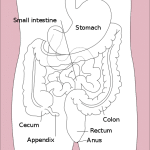 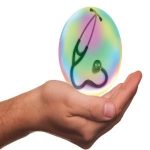