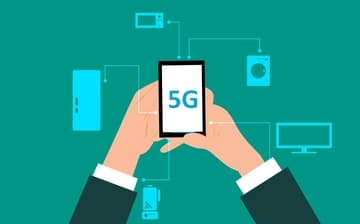 Yes, the fifth generation technology is about to arrive. The engineers are working on their incorporation to the devices, but what exactly is it about? Will it be all advantages or will it have any disadvantages?

Another big difference refers to speed . The bandwidth refers to the amount of data that moves in a network at that moment. So under ideal conditions, a device can experience maximum speeds. But, that this ideal situation occurs is something unusual.

Therefore, if we focus on speed, 5G is 20 times faster than 4G . It means that in the time that a piece of data is downloaded with 4G (think of some file, like a movie or a video), you could have downloaded the same file 20 times using a 5G network. So the difference in both cases is remarkable.

The 5G leaves us with a maximum download speed of 20 Gb / s , while that of its predecessor is 1 Gb / s. Although these speeds will vary depending on the moment, since they refer to a device that does not move. At the moment when the device moves, as when you go in a means of transport, they will change. Also, there is no normal speed that can be mentioned. Since there are many factors that influence it. And they can change depending on each situation.

Also, it is not possible to compare yet. Because the 5G has not arrived officially . Once implemented, then it will be possible to compare these speeds. Until then, it’s a comparison on paper. Although some of its improvements are already known, as we tell you .

We will have a more stable connection

Have you ever had a signal cut off because you had a microwave nearby? Interferences will no longer be a problem. The signal will come with much greater clarity to our devices. Great news for people who work with the internet on a daily basis and who manage our agenda and tasks with it. It ended up getting to a place and worry about the height of the buildings or the interaction of antennas with the server.

Incredible advantages for the internet of things
The air is no longer full of oxygen and CO2, it is now full of data with a very marked trajectory. However, 4G technology would not support the fluidity of data necessary for most objects to be connected to the internet. The opposite of what happens with 5G. Its architecture will allow information channels to have more content, something essential to link more things to the network.

Improvement of latency and priority to critical devices for security .

Especially important in the case of autonomous driving cars, for example.
Connectivity, intelligence and IoT . The more fluid connections will allow a higher link between our devices, which implies an improved response speed, making the connectivity between them reach a new level.


One of the first differences that we find between 5G and 4G is the operation. Since the new mobile network, makes use of unique 5G radio frequencies . In this way, it achieves something that the previous generation can not achieve. The radio spectrum is something that is divided into bands, each has unique characteristics as it is increased at higher frequencies. In the case case of 4G networks, frequencies below 6 GHz are used. On the contrary, with the new technology, extremely high frequencies will be used, which could range from 30 GHz to 300 GHz in some cases. The high frequencies can have many advantages. Especially because they support a large data capacity at high speed.

This helps them to be less saturated with data . So it would be possible to use them to increase the bandwidth demand. They can also be configured with other wireless signals without causing any interference. So it is noticeably different from 4G towers, which fire data in all directions. This is something that causes waste of energy.

In addition, it should be mentioned that the 5G uses shorter wavelengths. This helps the antennas to be smaller than the current ones. Something that would help to be able to support more than 1,000 devices per meter that the 4G offers. In addition, it allows in this way to send data at a higher speed, to a larger number of users.

Another big difference between 4G is that 5G networks will be able to understand more easily the type of data that is being requested. In this way, you will be able to switch to a mode with less power when it is not in use. And they would switch back to a more powerful mode when they carry out some activity in which a greater amount is required.

The European cybersecurity agency ENISA also warned a few months ago of the high risks that 5G networks could bring , considering that there are not enough security guarantees. According to Euractiv , they insisted that the threats that already exist in 4G networks will intensify as the number of users, data and network bandwidth increases.

The lower latency also poses a risk . As mentioned by Fernando Ruiz Perez, inspector-chief of the National Police Force , almost any device can be used remotely over the Internet. This means that cyber attacks become more dangerous since hackers could take advantage of these connections to change the direction of a car or turn on a home oven, for example.

We will have to wait to see if the alerts from cybersecurity experts prevent hackers from becoming the most successful with the arrival of the 5G connection .

Dr Saša Radomirovic, Senior Lecturer of Computing in the School of Science and Engineering at the University of Dundee, is one of the research team said that 5G in its current state will be vulnerable to attacks from hackers .

The revolution is such that previous devices, even current, can not assume the speed and amount of information that will circulate. Therefore, we would be forced to replace them. Obviously, not without the doubt of whether the new ones will be sufficiently prepared. However, taking into account that in recent years the innovation produced has been less significant, perhaps the next incorporation of the 5G is an incentive for developers to leave us with their mouths open.

Do you remember when was the first time you heard about fiber optics? I did, about 6 years ago. However, until recently it has not begun to generalize, just when we found the way to install it at a price that did not trigger our bills. There is a risk of repeating the same circumstance here.

It is also good to remember that there are still places where the internet does not reach due to this reason. If with the current conditions, the arrival of the network is unfeasible in some areas, what will happen to this system? Will the obstacles be overcome? We are not only talking about the most disadvantaged countries or areas, but also populations of developed countries that, due to their geographical situation, it is very difficult to reach.

The Scientific Advisory Committee on Radiofrequency and Health has already positioned itself on the risk that 5G could have. This body ensures that the network is completely safe in an event held during these days in Segovia in which experts in magnetism have evaluated and dispelled the doubts about the impact of the network on people.

For decades, the telecommunications industry and governments did not invest enough money in safety studies on the electromagnetic field (EMF) and radiofrequency (RF), and its effects on human health.

This negligence occurs despite the fact that the World Health Organization (WHO) and the International Agency for Research on Cancer (IARC) said in a joint 2011 press release that they found that EMF radiation was “possibly carcinogenic to humans”.

The potential effects of radiofrequency contamination on the health of people were omitted. Not only the deployment of 5G networks is cause for concern. The extremely low frequencies of WiFi routers, access points and mobile phones are also a serious threat, especially for children .

The appeal of 5G super-fast download speeds will be widespread and widespread, but it will have a hidden cost of invisible RF transmissions, electromagnetic radiation and constant reception / transmission of WiFi signals that most people consider to be benign.

Dr. Martin Pall, professor emeritus at Washington State University and one of the world’s leading EMC experts, gave a  talk at an exhibition at the National Institute of Health on the dangers of 5G, stating: “Each one of these effects of the CEM will lead to existential threats to our survival (…) In mice, the CEM led to a fall in reproduction to practically zero (…) 5G will incur frequencies and pulsations much higher than being in a microwave ”

“The current plan, which was already approved by the US Congress. and the Federal Communications Commission (FCC), is putting tens of millions of 5G antennas, irradiating each person and other agencies across the country, without even a single biological safety test on genuine 5G radiation. (…) That’s crazy”.

The Environmental Protection Agency (EPA) did not study the effects of EMF on human health, did not create safety standards, and, in 1979, stopped measuring EMF radiation. On the agency’s website, there is a link to an obsolete 1992 report, “Questions and Answers about Electric and Magnetic Fields.”

WHO is even more outrageous for not informing the public of the dangers of electromagnetic radiation. A visit to its website leads to questioning the organization’s letter, due to the scarce amount of obsolete material on the CEM. Six studies on EMF are found on the WHO website: 1981, 1983, 1987, 1993, 2004 and 2007, and four publications prior to 2004.

Being the global guardian of human health, which eight years ago considered that electromagnetic radiation was “possibly carcinogenic”, that WHO does not give information is shocking. 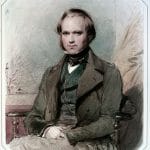 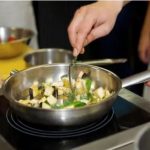