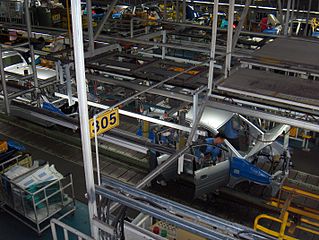 In this post I am going to talk about the batch production system . We will see what it is and in what cases it is favorable to use this system, as well as its advantages and disadvantages.

WHAT IS BATCH PRODUCTION

Batch manufacturing is totally contrary to the lean manufacturing philosophy , as it generates large amounts of inventory, as well as downtime in machines and operators. The ideal is to work with the flow of a single piece  and if it is not possible, through a pull system .

This production system is also known as discontinuous production , since the material accumulates in front of each of the production processes.

WHEN AND FOR WHAT THE BATCH PRODUCTION SYSTEM IS USED

This production system is used to reduce the cost per hour of each of the processes, taking into account that the more pieces produced by a certain process, the cost per hour is reduced. However, it does not consider the accumulation of intermediate inventory and dead times due to lack of material.

In these cases, it is about achieving an optimum batch size of production to make the most of both the raw materials and resources needed and that satisfies the customer’s demand, reducing as much as possible the current inventory.

The lot size should be as small as possible, looking for a compromise between the use of the machine or the operator and the accumulation of inventory.

When the batch size is too large, the cycle times increase, since there are too many downtimes and unnecessary transport of inventory.

The changes necessary to adapt the machine to one type of product or another are usually slow and that is why each change is used to manufacture parts of a certain type. Therefore, the system is not very flexible , since it does not allow the manufacture of several product models at the same time.

For this reason, it is very difficult to work on demand with this production system and it is usually produced under stock .

On the other hand, it requires a low specialization of employees , since they only know the process where they work.

Companies that use batch manufacturing, need large facilities , to accumulate the intermediate inventory. By doing so, this inventory is at risk of being lost, breaking or causing work accidents. In the same way, large warehouses are also needed to store the finished product and wait to be delivered to the customer.

The profit margin of the product must be high so that the company can survive without problems.

While the batch production system only allows the production of one type of product at a time, continuous production allows greater flexibility and makes it possible to respond to a varied demand, offering different types of products.

This has a great relationship with the inventory. While continuous production generally has small or practically zero inventory, batch production also requires a much larger inventory.

Finally, the distribution of these procedures is also opposed; Batch production is process oriented, while continuous production is strictly product oriented.

ADVANTAGES AND DISADVANTAGES OF THE BATCH PRODUCTION SYSTEM

The advantages of the batch production system is that it does not need a high specialization of the operators and on the other hand it is easier to plan.

For the rest, everything is a disadvantage : 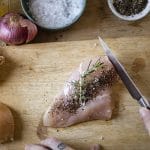 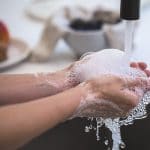