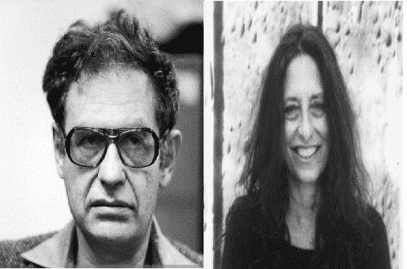 Two theorists have provided us with stage theories that are related to Piaget’s theory of cognitive development but that focus on the development of moral reasoning. Lawrence Kohlberg (1969) proposed the first complete theory of moral development, followed by an important alternative theory provided by Kohlberg’s colleague at Harvard University. Carol Gilligan (1982).

Gilligan’s stage theory of moral development is also important to psychology for reasons that go beyond the issue of moral development. Her theory represents an effort to ensure that researchers do not unintentionally portray developmental changes in boys as being synonymous with developmental changes in humans in general. Gilligan persuasively argues that females sometimes deal with ethical problems differently than males do. For this reason, when judged by standards developed from research on moral development that primarily used boys as research participants, girls might be seen as being less advanced in their ethical reasoning than boys. As we will see. Gilligan provides an important alternative to this view.

Kohlberg collected data for his stage theory of moral development by presenting boys with moral dilemmas and asking for evaluations of the people and actions involved. The following is an example of the type of dilemma used by Kohlberg in his research:

In Europe, a lady was dying because she was very sick. There was one drug that the doctors said might save her. This medicine was discovered by a man living in the same town. It cost him $200 to make it, but he charged $2,000 for just a little of it. The sick lady’s husband, Heinz, tried to borrow enough money to buy the drug. He went to everyone he knew to borrow the money. He told the man who made the drug that his wife was dying and asked him to sell the medicine cheaper or let him pay later. But the man said., “No. I made the drug and I’m going to make money from it.” So Heinz broke into the store and stole the drug .

Did Heinz do the right thing?

Kohlberg was interested in the logical process through which people arrived at their answers to moral dilemmas. He concluded that we pass through the three major levels of the development of moral reasoning shown in table below.

Nearly all children use only premoral reasoning at age 7, but conventional moral reasoning predominates after age 11. Thus, Kohlberg sees the first two major shifts in moral reasoning as occurring at the same times as the beginnings of the preoperational and concrete operational stages in Piaget’s theory of cognitive development.

According to Kohlberg, we engage in little principled moral reasoning until age 13, and very few of us ever make it to a stage in which we reason mostly in principled ways. He gives Mahatma Gandhi, Martin Luther and Eleanor Roosevelt as examples of persons at the principled stage of moral reasoning (Kohlberg, 1964).

However, from the perspective of principled reasoning, it could be argued that Heinz did the right thing. After trying to obtain the drug legally, he ignored the consequences of his action (imprisonment), disregarded the community’s conventions (the laws against theft), and followed what he thought was the higher moral principle of saving his wife’s life. Does that evaluation bother you? Not everyone would agree that this use of principled reasoning is correct because it tends to place the individual above the law Indeed, an individual could also explain why Heinz was wrong in terms of the principled stage of moral development.

For example, an individual’s personal principles might say that it is better for society as a whole to always respect the property rights of others and allow Heinz’s wife to die. It is not the particular decision that differs at the different levels of moral development but the nature of moral reasoning involved.

Whereas male development begins with selfish self-interest and moves toward greater reliance on abstract principles of justice, females progress from self-interest toward a balanced concern for the welfare  of self and others .

Female moral reasoning, in other words, centers on the needs of people, rather than on abstractions are of self and others.

Specifically, Gilligan (1982) suggests that females progress through the three stages of moral development shown in table below. How would the morality of Heinz’s actions be judged at each of these stages of moral development? As in Kohlberg’s premoral stage, the kind of immature moral reasoning that Gilligan terms the morality as individual survival stage would judge Heinz to be wrong simply because he would be punished. At the morality as self-sacrifice stage. Heinz might be judged to be correct in sacrificing his own welfare to save his wife. At the morality as equality stage, one would have to equally balance the benefits to everyone in making a moral judgment.

Gilligan’s contribution to our understanding of moral develop has been acknowledged  by Kohlberg and others (Levine, Kohlberg. & Hewer. 1985)However Kohlberg argues that Gilligan has overemphasized gender differences in moral reasoning. Indeed, a review of research on the subject (Walker, 1986) has shown that males and females are more similar in moral reasoning than they are different. 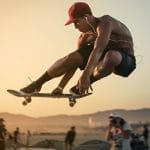 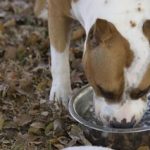