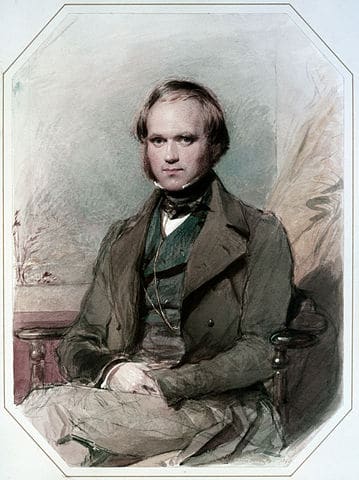 Psychology is a science that addresses questions that have challenged great minds for millennia. Many of these issues reflect long-standing philosophical questions about the nature of human experience. Psychology’s roots are in philosophy and medicine, and many of the earliest psychologists were trained in one of these disciplines. In this section we will consider some of the “grand” questions and issues that have shaped psychological debate over centuries.

The Nature-Nurture Debate Considers the Impact of Biology and Environment

From the time of the ancient Greeks, there has been a debate about whether psycho- logical characteristics are more due to nature or nurture, that is, whether they are biologically innate or acquired through education, experience, or culture. The nature-nurture debate has taken one form or another throughout psychology’s history and will likely continue as researchers explore how thoughts, feelings, and behaviours are influenced by genes and by the culture or society in which one lives. It is now widely recognized that both nature and nurture are important, but more significant recent advances in scientific knowledge have allowed researchers to specify when either nature or nurture is important, as well as how they interact. It is the relative importance of nature and nurture in determining mind and behaviour that captivates the interest of psychological scientists. As an example of the changing influences of nature and nurture, consider just two mental disorders-schizophrenia and bipolar disorder . Schizophrenia is a disorder in which people have thoughts, such as believing they are God, or experience unusual sensations , such as hearing voices . In bipolar disorder a person has dramatic mood swings, from feeling (depressed) to feeling euphorie (manic). Prior to the 1950s, it was generally believed that these two mental disorders, among others, resulted from bad parenting or other enviroumental circumstances-that is, the causes were all nurture. But in the late 1950s to1900s a variety of drugs were discovered that could alleviate the symptoms of these disorders; more recent research showed that these conditions are also heritable. Psychological scientists now believe that many mental disorders result as much from the way the brain is “wired” (nature) as from the way people are treated (nurture). Rapid advancements in understanding the biological basis of mental disorders have led to effective treatments that allow people to live normal lives. So is it all nature rather than nurture? Of course not. Both schizophrenia and bipolar disorder are more likely in certain environments, suggesting that they can be triggered by the situation. Many mental disorders result from events that happen in people’s lives, such as combat soldiers who develop postraumatic stress disorder (PTSD), in which people have intrusive and unwanted memories of their traumatic experiences But  research also indicates that some people inherit a genetic predisposition to develop PTSD, so nurture activates nature. Thus, nature and nurture are tightly interwoven and inseparable. Moreover, the social environment also plays an important role in whether treatment is successful; negative comments from family members  predict poor outcomes. Psychological science depends on understanding both the genetic basis of human nature and the environment that shapes it.

Close your eyes and think about yourself for a second. Where do your thought reside? If you are like most people, you have a subjective sense that your mind loating somewhere around your head, perhaps a few inches inside your skull, or perhaps even a few inches above or in front of your forehead. But why do you feel like your mind is in your head? The mind has been viewed throughout history as residing in many organe of the body, especially the liver or the heart. What is the relationship between the mental activity of your mind and the physical workings of your body. The mind-body psoblem is perhaps the quintessentsal psychological issue: whether the mind and body are separate and distinct, or whether the mind is simply the subjective experience of  physical brain .

For most of human history, scholars have believed that the mind and body are separate entities, with the mind very much in coritrol of the body. This belief was held, in part, because of strong theological beliefs that the existence of a divine and inmortal soul is what separates humans from animals. Even early theorists who challenged church doctrine were careful to avoid being too controversial. Leonardo da Vinci conducted experiments around 1500 to make his anatomical drawings more accurate, which offended the church because they violated the presumed sanctity of the human body. His dissections led him to many conclusions about the workings of the brain, including the idea that all sensory messages, such as vision, touch, and smell, arrived at one location in the brain the sensus communis, which he believed to be the home of thought and judgment. (This is possibly why we call using good judgment common sense [Blakemore, 1983)

It was René Descartes, the great French philosopher, who pirnted the first influential theory that mind and body were separate yet intertwined (the theory known as dualism). The notion that the mind and body were separate was not novel, of course, but how Descartes connected them was at the time quite radical. The body he argued, was nothing more than an organic machine, governed by “reflex,” which Descartes defined as a “unit of mechanical, predictable, deterministic action” . For Descartes, many mental functions, such as memory and imagination, were the result of bodily functions. Linking some mental states with the body was a fundamental departure from the earlier views of dualism, in which all mental states were separate from bodily functions. In keeping with prevailing religious beliefs, however, Descartes concluded that the rational mind, which controlled volitional action, was divine and separate from the body. Thus, his view of dualism kept the distinction between mind and body, but he assigned to the body many of the mental functions previously considered the sovereign domain of the mind.

Descartes’s most radical idea was to suggest that although the mind could affect the body, the body could also affect the mind. For instance, he believed that passions such as love, hate, and sadness arose from the body and influenced men- tal states, although the body acted on these passions through its own mechanisms. In this way, Descartes brought mind and body closer together by focusing on their interactions.

One of the major intellectual events that shaped the future of psychological science was the publication of Charies Darwin’s On the Origin of Species in 1859. In the book he outlined a theory of evolution that relied on the process of natural selection (as described earlier). Earlier naturalists and philosophers, including his own grandía- ther Erasmus Darwin, had all discussed the possibility that species might evoln, but it wasn’t until Charles Darwin came along that the mechanism of evolution became clear How did Darwin develop his theory of natural selection?

Charles Darwin attended Cambridge and traveled as a naturalist aboard the Beagle from 1832 to 1837, collecting information about finches on the Galápagos Islands. When he later analyzed this information, he discovered that each island had slightly different species of finches . It seemed clear to him that these different finches must have descended from the same species, but he worndered what could account for the small variations. His famous notebooks from this era trace his thinking about how this must have occurred. He found a suitable explanation in Thomas Malthus’s essay on population:

I happened to read for amasement “Malthus on population,- and being we’ll pre- pared to appreciate the strugale for existence which everywhere goes on from long continued observation of the habits of animals and plants, it at once struck me that under these circumstances favourable variations would tend to be preserved and unfavourable ones to be destroyed. The result of this would be the formation of a new species. (Darwin, 188T p 65)

Darwin called this mechanism for evolution natural selection, the process by which random mutations in organisms that are adaptive are passed along and mutations that hinder reproduction are not. Thus as species struggle to survive, those that are will produce more offspring, and so on (ie, the notion of survical of the fittest).

A further implication of Darwin’s theory was that inheritable individual differences provide the basis of evolutionary development. This idea was seized on by his cousin Francis Galton, who proposed that some differences were psychological in nature (e-g, intelligence), and that they could be measured and tested. The mental testing movement followed in Galton’s wake. Ultimately, the idea of natural selection has had a profound impact on science, philosophy, and society. 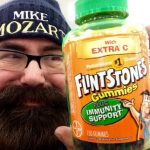 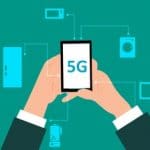