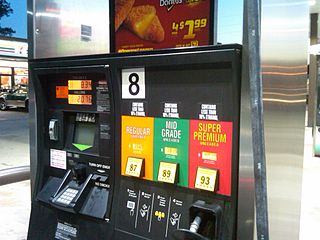 What’s so special about premium gas? Is it better for my engine? And what about low cost gasoline? There are many questions; and the myths run without control by the road.

Probably, after the technological, the world of petrochemical fuels is the one with the most secrecy. The products and their formulas are kept under lock and key in secret vaults sunk in the bottom of the sea. Symbolically speaking, of course. The result of the industrial secrecy of these products is none other than the lack of knowledge we have about what we consume. What is premium gas? What is the difference between 95 gasoline and 98 gasoline? Why did the 97’s disappear? Is it bad to use cheaper gasoline? And these are just some questions located on the tip of the Iceberg.

What do we call premium gas?

The first thing is to know what we are talking about. Gasoline is a fuel other than diesel or diesel and is used (like the latter) in engines. Leaving diesel aside, gasoline is usually identified by a number (95, 98, 87, 92 …) that refers to the octane rating. Octane does not explain the power or energy of gasoline,as many think, but refers to how difficult it is for gasoline to detonate, something known as anti-knock power. The higher the octane number, the more difficult it is for gasoline to explode. And gasoline has to explode at the precise moment. Neither before nor after. But let’s leave that for later. The essential difference between gasoline of different octane is its refinement (higher the higher) and the level of additives it contains. While in Spain we understand as premium gasoline (or efitec , star plus , ultimate and other commercial names) to certain special fuels because of their composition in additives, in Mexico and the United States they are usually named as the most refined gasoline, that is, higher octane.

This can lead to confusion. But, while the octane number or octane number only explains its anti-knocking power, additives are substances added to gasoline with various functions. Normally these functions are usually stabilizers, antifreeze and lubricants . While in the American continent they usually use gasolines of between 87 and 92 octane, European engines prefer those between 92 and 98. To avoid mess, we will call according to the American nomenclature premium gasoline: the highest octane; since it refers to its refining process. The gasolines with more additives will be called special because they contain exclusive mixtures of each brand.

The importance of octane

We are not going to go into thermodynamic details. But, out of sheer curiosity, the explosion engines are based on the so-called ” Otto cycle ” to function. But we will only talk about the part of him that interests us: the explosion. Gasoline has to explode inside the engine, in a very specific part called cylinder. This process allows gasoline to burn and in turn push the piston, which is the heart of the engine. Thanks to all this, when gasoline explodes, explosive energy is converted into mechanical energy , causing the vehicle or machinery to move. the gasoline it explodes several tens of times per second in any engine. Yes, they are many times. Therefore, the process is very measured and should work perfectly. But gasoline can explode not only because of the sparking spark plug. You can also do it because of a pressure increase that you can not stand.

When gasoline explodes at a time that is not suitable, it can push the piston incorrectly, causing the engine to suffer greatly. Therefore, gasoline must explode at the perfect moment and in synchrony with the rest of the engine. Hence, each engine needs a specific octane. Motors designed to use premium gasoline, 98, for example, can not use gasoline 95since they exert more pressure and gasoline explodes ahead of time. However, 95 percent gasoline-powered engines can efficiently use a higher octane since gasoline always explodes at the right time. And so always in the same sense: from highest to lowest octane. But the power of both gasolines (of all gasoline) is the same. The real difference is found in special engines capable of getting better performance from higher octane gasoline.

The additives, as we said, are the property of each house. Each brand mixes the fuel as it wants and looking for specific effects and yields. What do they mix in special gasolines? This is difficult to know since they are under industrial secrecy, normally. In any case, all the gasoline that comes out of all the refineries does it fulfilling the same standards . These standards are regulated by strict policies. Therefore, the gasoline of 87, as well as the premium gasoline of 92 (in Mexico), the gasoline of 95 and the premium gasoline of 98 (in Spain) all contain the same base. In Spain, in particular, the distribution and storage is carried out by certified groups, such as CLH. From the refinery, gasoline is transported to the plant. From there, each company (which are usually the same ones that own the refineries) collects the fuel lots. These modify the basic composition of gasolines with their mixtures of additives. Among the products that come out are the special gasolines that promise greater cleanliness and efficiency in the engine. Generally, this mixing process is performed at the time of collection.

There are many myths and hoaxes regarding gasoline. Among the most widespread are the questions about low cost gas stations . Among those myths are those who say they are of lower quality. I have even heard that “they throw water” to gasoline, although this is completely absurd (remember that gasoline and water can not be mixed). Actually, low cost gas stations are based on two facts to reduce costs. The first is that they offer less “benefits”. Among them, many are self-service ( eliminating the need for several operators at the same time ), offer less types of gasoline or other services that are typically found at the gas station.

The second and most important is that they do not use mixtures of additives typical of large brands . Or do not use additives of any kind. This greatly lowers the cost of the final product. But the base of the gasoline is exactly the same as that of any other gas station. This means that the quality of gasoline is not bad. Not much less. It complies with all the standards set by law. If it were not like that, gasoline would not have reached the gas station to be served. Another question is that we look for special gasolines with mixtures of specific additives. Here we have another crux of the matter.

Premium gasoline is not more efficient by itself

Recently came to the forefront that American drivers have spent several billion dollars in premium gasoline (93 octane, in this case) due to the lower prices that are living in recent months. However, this does not provide any benefit to the driving or the engine . Quite simply, it is paying more for a gasoline that does not improve the circumstances at all.

Why is not it better to use a higher octane gasoline? As we explained before, the antiknock power (represented by the octane number) only refers to the moment in which gasoline will explode, generating the compression that moves the piston. For an engine prepared for a lower octane gasoline this does not make a difference because gasoline will explode at the same time as any other. The only difference would be for a higher compression engine, where gasoline could explode prematurely and cause mechanical damage.

As we said before, there are special engines capable of extracting more performance from higher octane gasoline. But such engines are not common. We talk about very specific cars (or racing cars, that too). These cars have indicated the need to use premium gasoline . If they do not indicate it, the vehicle will work the same with its corresponding octane as with a larger one, roughly. It is estimated that no more than 20% of civilian vehicles, worldwide, use high compression engines. Probably your car is not either. In addition, the roads are not prepared to get real performance to these special engines, which require large ways of comfortable passage and a lot of speed. In general, any city route is inefficient for a high compression engine.

Is a special gasoline better, with more additives?

Remember that these gasolines are known by names like efitec , star plus , ultimate and other commercial names. Do they really make a difference? To date, only the own studies of each brand guarantee the results. And this is, at least, suspect. No independent study supports the benefit of these special gasolines. By logic, we understand that blends of lubricants and detergents help keep the engine more spirited and lubricated. But the truth is that no independent study supports it. Among other things, because there are very few independent studies and they are difficult to access. This is because brands keep their “recipes” and statistics very zealously. It is also because the results are very different depending on the driver, the vehicle and the conditions in which it is driven.

So, for example, do they help keep the engine cleaner? As far as we know, nothing proves it. We also have no evidence to show that these mixtures get a higher performance (taking more power), which is much more difficult to verify. What we do have is evidence that a bad driving (abrupt, with excess revolutions, with dirty filters or bad air inlets …) causes, in the first place, an erroneous combustion and, therefore, more fuel consumption. gasoline . Second, they also dirty the engine , preventing proper lubrication and damaging the whole.

In the use of the engine, in any vehicle, you always have to look in the long run. The main agent that determines if an engine suffers more or less is not gasoline. It is the driver. So far, as we said, this is the only thing we have clear. Spending more money on premium gasoline or special gasoline, if not recommended by the manufacturer, is a matter of preference, not performance or efficiency. And probably the only place where we notice it is not on the road, but in your pocket . 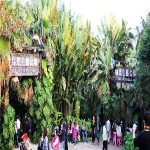 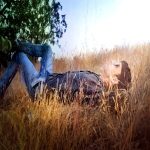