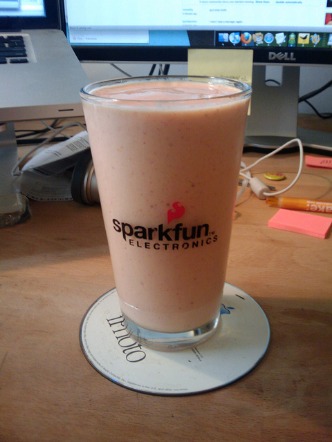 The effectiveness of glucosamine in mitigating pain caused by joint wear and tear is a question that has been written about in the most recent past.

Logically, before addressing the truth of this statement or denying it, it is inexcusable to know what substance we are talking about. Glucosamine is a molecule of mixed nature (protein / sugar), in turn a precursor of glycosaminoglycans, whose origin is found in the coating exoskeleton of some crustaceans, in which the polysaccharide chitin predominates as a constituent. that.

Under its genuine chemical form, glucosamine sulfate, and acting in synergy with chondroitin sulfate, seems to have a solid intervention in the reconstruction and prevention of the degeneration of the cartilaginous tissue present in the joints. The physiological explanation to such an assertion would be given by its condition of limiting substance in the endogenous formation of collagen, being manufactured by the specialized cells of the cartilaginous tissue, the chondrocytes, for whose synthesis they use as substrates the glucose and the amino acid glutamine.

But although glucosamine sulfate can not be denied the existence of repeated testimonies from patients that support its efficacy in reducing the pain produced by joint inflammation, to date there are no clinical studies of recognized solvency that provide scientific support to the patient. power of this substance to contribute so intensively to the reconstruction of the articular cartilage. The aforementioned testimonies should be analyzed in addition to those emanating from the same patients who apparently suffered a setback in their evolution when they abandoned their glucosamine-based treatment.

The scant relevance of this substance in percentage terms in the chemical composition of the cartilage (this is composed of 67% of collagen and only 1% of glucosamine) could be the argument to explain this apparent contradiction, with glucosamine being a substance of relevance quantitative only in the synovial fluid.

This reality is what makes us think of a single contribution of the same: the lubrication of the joints, beyond a virtual facet of cartilage rebuilder that can be assigned to the hydrolyzed collagen . On this last there is a profuse bibliography that stands out for its forcefulness in the power of global regeneration of the joint encompassing all its members: tendons, ligaments, cartilage, muscles and synovial capsule.

Glucosamine, for commercial exploitation, is synthesized by the hydrolysis of the exoskeletons of crustaceans , being frequently used in the treatment of arthritis, although its acceptance as a substance for therapeutic purposes remains, at least, conflicting.

One of the advantages of glucosamine sulfate is its excellent solubility in water, an always favorable condition when it comes to biological processes. Thanks to it, it is absorbed very well in the small intestine and is rapidly distributed to the target tissues by blood-carrying agents.

Apart from this chemical characteristic, the advantages of glucosamine sulphate obey two other peculiarities:

Perhaps the greatest interest of the use of glucosamine in the palliative treatment of osteoarthritis is that although it is an essentially degenerative disease, it is not exempt from inflammatory dyes; On the other hand, it is known that the systematic administration during prolonged periods of non-steroidal anti-inflammatories (such as ibuprofen) usually leads to sensitive side effects, especially at the level of gastric mucosa and renal parenchyma. In such circumstances, the high tolerance of glucosamine sulphate and its acceptable benefits in the specific treatment of osteoarthritis give it a leading role in this field. In fact, it is being used as a natural supplement to fight the pain of osteoarthritis and other degenerative joint alterations associated with vitamin complexes, confirming their contribution to improving the quality of life of patients.

A recent study carried out by a university in Belgium revealed in patients with moderate intensity knee osteoarthritis who were treated based on 1,500 mg daily of this substance a reduction in pain and motor limitation of around 25% adopting as a sample of contrast a placebo treatment. Additionally, it was recorded in said study that there was a certain decrease in the evolution of degenerative progress. However, the scientific community assumes that a greater list of data is needed to reliably compare the effectiveness of glucosamine in these tests.

Regarding its safety in terms of side effects, it has already been anticipated that it is a significantly less harmful substance than, for example, NSAIDs, but even so, with few cases, there have been signs of: 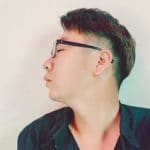 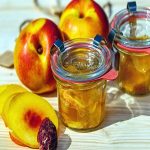