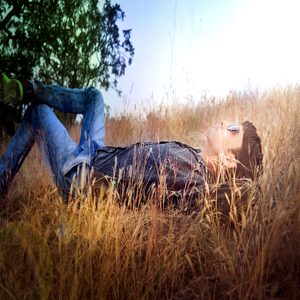 Although some people believe that it is a generalized phenomenon, it is experienced by only about 25% of the population.

Feeling like sneezing and not getting it is a rather uncomfortable feeling, which many people solve with something as simple as looking at the Sun for a moment. In a matter of seconds, that sneeze that had been left halfway out loud, relieving the itchy nose and discomfort. However, other people are unable to get it, no matter how much they focus on the sun.

The reason is that this phenomenon, known as phthornic sneezing or autosomal dominant syndrome of heliophthalic compulsive irruption , is something that does not happen to everyone, but to 15% -25% of the population , perhaps a little more, according to some surveys informal . But why exactly?

As involuntary as always

In general, sneezing is an involuntary reflex , which occurs in response to any factor that causes irritation in the nose . A signal is generated that travels to the brain, indicating that “something is wrong”. Once there, a response is triggered, consisting in the violent release of air , through the nose and mouth. This ensures that the possible harmful agent that was causing the irritation comes out quickly. Until here, we would be before the origin of any sneezing, resulting from allergic and catarrhic processes , among others.

Sneezing is a reflex generated to remove irritants from the nose

It is very different the case of the sneezing that takes place after looking at the Sun. Also, it is especially curious, because it occurs in this case, but not when looking at a bonfire. In fact, this is something that already caught the attention of Aristotle in the chapter devoted to the nose of his book Problems . In it, he wondered why the heat of the Sun gives rise to a sneeze, but does not do the same as the heat of the fire. The answer, as he still did not know, is that the reason is not in the heat , but in a kind of nervous short circuit, caused by light.

The cranial nerves are a series of nerves, grouped in twelve pairs, that are born in the brain or brain skull and extend to different parts of the head, neck, thorax and abdomen. Each of these pairs, which are qualified by Roman numerals, from I to XII, have different and varied functions. Two of them are those that are involved in the reflection of phsy sneezing, namely V, also known as trigeminal, and II, also called optic . The first one perceives sensitive information coming from the face, while the second one is in charge of transmitting visual information to the brain. They therefore have different tasks, but in some people the reflexes mediated by both interfere with each other. Therefore, when the optic nerve perceives the light, a trigeminal-mediated response is generated, which is normally responsible for responding to the stimuli of the nose.

There is another theory, which suggests that the lacrimation that occurs when we look directly at sunlight could reach the nose through the naso-ocular duct , generating the normal sneezing reflex .

Not everyone can sneeze when they look to the light, but those who get it may have more similar cases in their family. This is because it is accompanied by an autosomal dominant inheritance , as its longer name indicates. The word “autosomal” refers to the gene involved in one of the non-sexual chromosomes, while “dominant” indicates that it is enough to inherit it from one of the parents to express it. Otherwise, it would be qualified as recessive.

In fact, being so frequent among families, some people believe that it is a common phenomenon, which occurs in all human beings, as they grow up observing it in their closest circle. 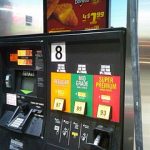 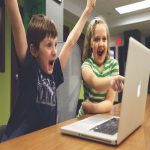