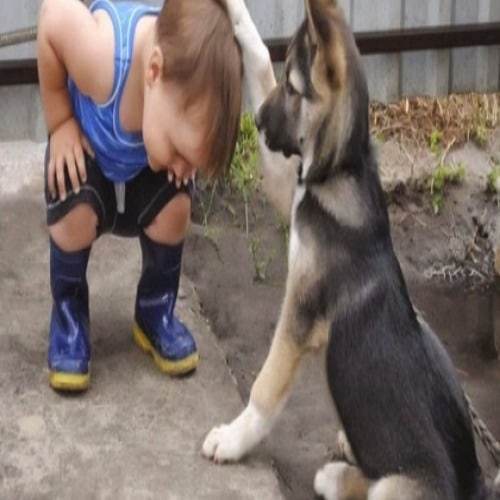 It is normal for your German Shepherd to scratch from time to time, but at the moment that the frequency and intensity of the scratching, produce skin redness and even appearance of wounds, it indicates that we should seek professional help for our dog.

There are many reasons why a dog may feel excessive itching, some are easy to diagnose, others not so much.

The most frequent are skin infections, fungi, scabies, fleas and even psychological causes.

However, there is another important reason for a dog to feel constant itching: food allergies.

In people, food allergies are manifested with acute processes that begin with hives and itching in the mouth and throat, difficulty swallowing and can end up being very serious, with congestion, swelling and difficulty breathing and even death.

However your German Shepherd respond in a very different way, it is more chronic and manifests with intense itching and continuous scratching that ends up altering the skin, producing what we know as dermatitis of food origin.

German Shepherd allergies, whether environmental or food, are manifested with itching and skin changes and are the reason why the dog is continually scratching although there is no apparent cause.

Food allergies develop by sensitization to certain substances, usually proteins, present in the feed, although they can also be sensitized to carbohydrates.

They usually occur after the dog has been taking a certain type of food during a good season..

There are veterinarians who believe that German Shepherds are predisposed  , but there are discrepancies in this respect and can appear in any type of dog.

Diagnosing a food allergy in German Shepherds is not easy, because itching is a sign that appears frequently in other diseases of the skin and laboratory tests are not very effective.

We suspect food allergy in any dog with non-seasonal pruritus, the dog feels itchy in all seasons.

It differs from environmental allergies because they have times of higher incidence, usually coinciding with the seasons of maximum concentration of allergen in the environment.

It can occur in dogs at any age, even with a few months.

It starts by ruling out other causes that occur with itching and skin problems such as scabies, fleas, bacterial infections, fungi, environmental allergies (for example pollen) or environmental factors such as shampoos, beds, carpets, etc …

Sometimes, food dermatitis concurs with other types of allergies such as environmental allergies.

To ensure that a dog is allergic to food, it is advisable to do what is known as an elimination test, which consists of feeding the dog with a special diet, containing a single source of protein that has not previously eaten.

Feed for dogs with food dermatitis, contain what we call fresh or novel proteins, proteins that the animal has not consumed before.

Feeding with this type of feed for at least 2 months, it is possible to determine if the reddened skin and itching are due to a food allergy.

There is a wide variety of feed for dogs with food dermatitis  in the market. The industry does not stop to incorporate new sources of novel protein that assure they have not been previously ingested by the dog: from duck, to salmon, through egg and even some more exotic as deer or crocodile.

The first novel protein that was introduced was that of lamb, but being highly recommended by veterinarians, the lamb and rice feed became so popular that today lamb cannot be considered a novel protein.

If after two months, the skin has improved and the dog scratches significantly less, we are able to ensure that the dermatological problems are due to a food allergy.

If we want to finish the diagnosis, we must return to the original diet again, to see if the symptoms return, in which case we can consider the definitive diagnosis.

However, on many occasions the owners are so satisfied with the new diet that they no longer consider changing it again.

This method requires a complete collaboration of the owner, as well as all the people who live with the dog, since it is necessary to ensure that during the test, the dog does not eat any other type of food.

No leftovers, no bread, no sweets, that can introduce the allergen in the body of our pet.

You can also plan a homemade diet, the advantage of homemade diets , is that they do not carry additives that may be causing the sensitization.

The drawback is that they are not balanced and that it takes work to make them, so the risk of the owner not completing the test is high.

The most used sources are horse meat, turkey or rabbit, as carbohydrates you can use rice or potato.

Sometimes dogs have extreme sensitivity to certain proteins, common in most feeds and it may be advisable to use a feed of hydrolysed proteins.

Hydrolysed proteins are sources of protein in which through technology, proteins are broken down into smaller units, so that the immune system is not able to recognize them, thus preventing the triggering of the allergic reaction. These feeds can also be used in the elimination tests.

Feed for dogs with food dermatitis requires specific manufacturing and packaging processes. It is essential that there be no cross contamination in the process .

Cross contamination is an intrinsic phenomenon of the production of feed that is known as the  unintentional presence of small quantities of a substance, the result of the dragging effect of a batch of feed on the previous one.

According to our criterion, it is very difficult to ensure the non-existence of remains of ingredients susceptible to sensitization, without separate lines of production and packaging for hypoallergenic feeds, which not all manufacturers are able to offer.

Management of the dog with food allergy.

There is no cure for food allergy, the disease is managed, it can be controlled during the life of the German Shepherd, but we cannot cure it. Dogs with allergies should drink and eat hypoallergenic feed for the rest of their lives.

Do not confuse a hypoallergenic feed, to make elimination tests , with maintenance feed for dogs with atopic or environmental dermatitis, the latter are formulated to improve skin alterations, but they do not have to have special protein sources in their composition.

We can also help with omega 3 and omega 6 supplements , as well as the use of special shampoos for allergic GSD that reduce irritation and soothe the skin.

Dogs with irritated skin are especially sensitive to flea bites, so keeping fleas away is a basic pillar of the management of any dog affected by allergy. 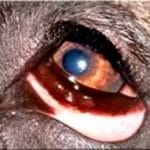 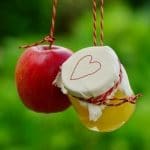