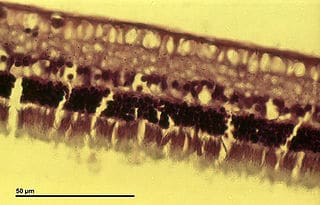 The epithelial tissue is one of the four basic types of tissue in the human body, characterized by greater cell cohesion than the rest of tissues, due to the absence of blood flow itself and because of a clear polarization between an apical face and a basal face.

The epithelial tissue is specialized in the covering of cavities and surfaces of the body , both external and internal. In the internal surfaces it is known as endothelium, in the external ones as epithelium and in some organs it forms the parenchyma .

Similarly, a sensory epithelium is a type of epithelial tissue responsible for sensory function, ie, the capture of signals from the environment (physical, mechanical chemistry) and its transformation into electrical signals (nerve impulses).

This transformation is known as transduction , and is performed by highly specialized excitable cells known as receptors or sensory neurons .

As mentioned, sensory epithelia have excitable cells capable of converting external signals into electrical signals, a type of neurons known as sensory neurons .

The apical end of the sensory neurons is oriented towards the epithelial surface, and at this end is where external stimuli are detected and become membrane potentials, that is, electrical signals or nerve impulses.

At the basal end, sensory neurons synapse with other neurons that ultimately transmit the nerve impulse to specific areas of the brain where the information received is interpreted.

Sensory epithelia in the human body

The sensory epithelia have their origin in the ectoderm , the outermost embryonic layer , next to the epidermis and the central nervous system.

Each of them is located in their respective sensory organs: eye, nose and ear, very complex organs evolved to capture, filter and concentrate external signals and direct them to the corresponding sensory epithelium. 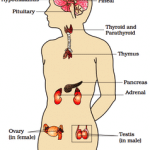 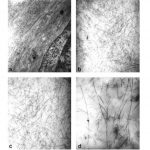