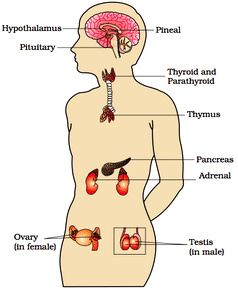 All the glands of the body are formed by an invagination growth of an epithelial surface . Intussusception usually begins as a tubular structure or as a cell column that later becomes tubular.

As the growth of the gland continues, the cell column can divide and form branches, giving rise to those known as compound glands , with a characteristic arrangement of branches according to the gland.

These tubular or branched glands are pluricellular glands , but there are also unicellular glands that are formed by a single secretory cell dispersed between non-secreting cells, for example goblet cells.

The glands are usually classified into three groups: endocrine, exocrine and mixed , depending on the place where secretion occurs.

The endocrine glands secrete their products through the basal lamina of the epithelial tissue into the bloodstream . In these glands, the basal lamina is usually seen as a layer around the gland with millions of tiny blood capillaries.

The endocrine glands are generally hormone producing , so they have a very important role in the maintenance of homeostasis .

Read our article on : Examples of endocrine glands

The mixed glands, also called anficrines, present the two types of secretion: endocrine and exocrine . They produce substances that they secrete into the bloodstream and substances poured into cavities and body surfaces.

As examples of amphyrrhine glands we can mention the pancreas or the sex glands.

The exocrine glands with those that secrete their products towards a surface of the organism , either from an internal cavity or from the outside of the body, for example, glands that secrete to the digestive tract.

The secretion is usually done through a duct directly to the apical surface of the epithelium where the gland is located.

The exocrine glands are subdivided into three types or groups:

In addition, the exocrine glands can be classified according to the type of secretion they produce:

Read our article on examples of exocrine glands

Autocrine, paracrine and other types of communication

As mentioned, the endocrine glands secrete primarily hormones, substances that act as chemical messengers in other parts of the body .

In general, the products of the endocrine glands are secreted into the bloodstream and exert their action at a distance, far from the place of synthesis and secretion, but they can also have an effect on the producer cells themselves (autocrine effect) or on the cells nearby. same tissue (paracrine effect).

The types of communication or types of action of the hormones are classified as: 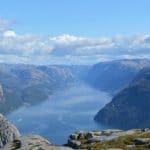 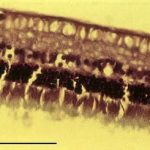