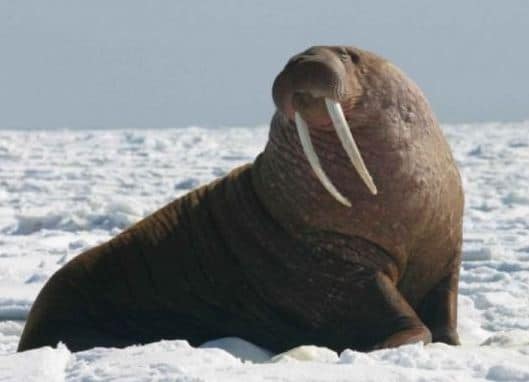 The Bishop’s cap or Astrophytum Coahuilense, gets its name precisely from the area of ??its original habitat. It is also called Cactus Mitra.

The native of the State of Coahuila and Durango, from which it takes its name. More specifically from Ciudad de Lerdo, Baicuco Sierra, Cerro Bola, Sierra de Parras and Sierra de El Número.

Originally, the Bishop’s cap or Astrophytum Coahuilense, was identified as a variety of A. Myriostigma and other botanists, as a hybrid of A. Capricorne.

It was definitely in 1932, when the botanist K. Kayser, described this species completely and gives it its current name, A strophytum C oahuilense .

A characteristic that affects this species is that, the Astrophytum coahuilense, has a restricted range of about 6,000 km².

This cactus grows in the limestone hills in xerophytic scrub.

The elevation, appearance and type of soil seem to be the most important factors limiting the distribution of A. coahuilense, in the El Sarnoso, Durango mountains.

There are some of their dispersed habitats, where there is a loss of the quality of their habitat, mainly due to the overgrazing with goats and in addition, the amount of plants is decreasing, due to illegal harvesting.

For that reason the Bishop’s cap or Astrophytum Coahuilense, is cataloged as Vulnerable. It is a plant cultivated , as ornamental and decorative.

It grows best in areas facing south and east. They are not usually found north or northwest.

Its habitat is chalky, sandy and humus, which transmits a whitish gray color, which together with the white spots on the stem, allow it to blend in with the environment of shrubby vegetation or scrub.

Description of the Bishop’s cap

However, it is different in terms of the characteristics of the flower, fruit, seed and embryo that resembles in all the details of Astrophytum Capricorne.

The differences are evident, especially for botanists and allow to distinguish without problems of A. myriostigma.

As we said, initially it is confused with A. Myriostigma himself, but the Coahuilense, is of softer tones and with more gray specks that cover the whole plant.

These cacti are born with a globular shape and as adults they become cylindrical. The dimensions, from 60 to 100cm in height and from 10 to 20cm in diameter. They do not have thorns.

The flowers are yellow with a characteristic red throat, although they may appear pure red or very rarely pure yellow.

It takes about 2 to 3 years for the flowers to appear. Its size, about 9 cm in diameter.

This plant is more related to the Asterias / capricorne group than to the myriostigma.

If the A intersect . Coahuilense and A. Myriostigma, cross-pollinated, do not bear fruit. They are, generally, sterile to each other.

How to cultivate the Astrophytum Coahuilense.

The cultivation of  Astrophytum Coahuilense is not too difficult in a greenhouse, although it grows quite slowly.

Plants need a substrate that is mineral, loose and well drained. They need a lot of light.

For Irrigation, it is best to water weekly during the summer, if the weather is warm and sunny, adding some fertilizer or humus.

With this procedure, we can achieve a healthy growth and development, although its growth is slow, being able to take 5 years to be an adult.

They resist frost well, from -4ºC to -10ºC, from their habitat of origin in height.

How to multiply the Astrophytum Coahuilense.

The propagation of  or Astrophytum Coahuilense, is by seeds. The new seedlings should not be in strong sunlight and dry environment and may need to be replanted frequently.

When mature, they reach a maximum size, from about 8 cm to 20 cm.

Adult and / or old plants become senile and have a tendency to succumb to disease and a weak root system.

Like old plants, death occurs suddenly. Once they reach 10 cm in diameter, they grow slowly and adopt a new staking period, using intervals every 2-3 years.

You should cultivate them in drier conditions or with more intense sunlight.

They can be grafted to accelerate growth, generally taking about 5 years to reach maturity. If they graft, the growth is faster.

The genus of the Astrophytum, is very given to the realization of crosses and hybridization between its members.

Graphically, we can find specimens that go from being round like the asteria and with 5 ribs like the coahuilense, to having 8 less pronounced ribs.

Even a hybrid as beautiful and different as the one pictured above. 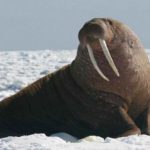 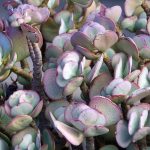