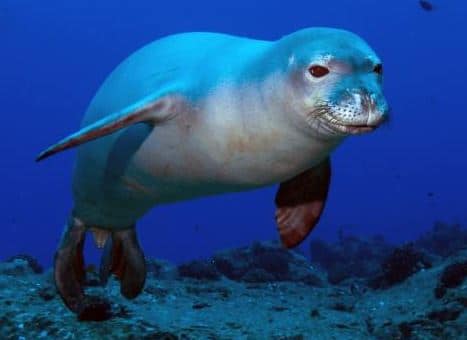 Both a sea lion and a seal or walrus are carnivorous mammals belonging to the pinniped superfamily, so they have many common characteristics, but also others that differentiate them. Within this super family, the three are divided into three families: the otaridos (sea lions), the phocidae (seals) and the Odobenidae (walruses). As they can sometimes seem very similar by their appearance, according to their age or sex, in this lorecentral.org article, we will talk about the differences between sea lion, seal and walrus . Take note and learn to differentiate them all easily.

As we said at the beginning, the sea lion is a pinniped mammal . The sea lion has a body very adapted to conserve heat, since it lives submerged at very low temperatures. This characteristic is due to a thick layer of fat under the skin that serves to store energy, but also for swimming. In addition, they have the tail more divided than their relatives, so they use it better on land to move than them, and have small ears , as seen in the photo, while the other two animals do not.

The sea lion is able to submerge at a depth of 200 meters and stay up to 40 minutes without having to go out to breathe, since they are mammals and need to breathe air and not under water, and can reach up to 40 km / h while swimming, although on land They are much slower and spend hours lying in the sun.

They are animals that live in colonies, but you can fight among them, because they are very territorial animals and for mating reasons. The females give birth after 11 months of gestation. Its distribution territory is very varied, but always very close to the coasts, being able to be found in New Zealand, Canada and Japan, among other areas. Although there are also species that live in less cold waters, so they have less fat percentage than their relatives, and live in coastal waters of Mexico, San Francisco and the Galapagos Islands, among other places.

Its diet is carnivorous, it feeds on squid, penguins, fish, pups of seals or birds and its main predators are killer whales and great sharks.

Seals are marine mammals called pinnipeds of the family of phocids, very adapted to aquatic life, although they can also live brief periods on land. They are animals that lack an auditory pinna or ears and with rear ends facing back, which serve to swim. It is precisely these extremities that differentiate them from sea lions.

The body of the seal is very elongated and with short and flattened forelimbs that use as fins. Another difference with sea lions is that their fur is shorter (and sometimes absent), but it is usually more dense when they are adults. As wolves or sea lions have a layer of fat under the skin, which in the case of the seal is so thick that it can make up a quarter of its weight.

The range of seals is also extensive, although they usually prefer the colder to the warmer zones. Seals in cold areas feed more (to maintain their body fat) than those that live in warmer areas. They usually live in areas close to the coast and seals from warm climates are the most threatened.

Seals are carnivorous animals that feed on many kinds of fish, but also squid, shellfish or octopus. They are animals with good eyesight and they detect their prey well, which they capture with their big teeth. Whales and sharks are their biggest predators, although their greatest threat is humans.

Characteristics of the walruses

The walruses are pinniped marine mammals of the odobenidae family. Both females and males, have large and long fangs (longer in males), which they use to defend themselves, fight during the heat and to move in wooded and frozen areas. Their skin is usually tan or brown, but in colder waters they acquire a white color and in warm ones, a pink color. The most long-lived walruses progressively lose their coloration, until they become whiter. The walruses also have a layer of fat under the skin. In addition, the walruses have up to 700 whiskers (or vibrissae) around the snout.

Walruses are carnivorous animals that feed on shrimp, crabs, molluscs, crustaceans, gastropods, sea cucumbers, clams and other soft animals. In addition, they can feed on corpses of seals. Since they do not have a good sense of sight, they use their vibrissae or Whiskers to detect their prey. Its biggest predators are polar bears and killer whales, although man is one of its greatest threats.

They reproduce underwater and their gestation lasts between 15 and 16 months. After the sea elephant, they are the largest pinnipeds.

As we see, these three families have common characteristics and others that differentiate them. These are the main differences between sea lions, seals and walruses : 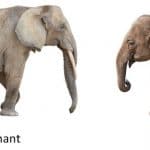