This beautiful cactus is a favorite among amateurs , and children when they begin to learn the collections. Its woolly appearance motivates this attraction. It grows straight as a candle and gradually covers with long white hairs that give it a bearded appearance.

The hairs of Espostoa hide the thorns from the areolas , so it is useful to know and to warn the children who tend to want to touch these hairs. The spines are very dense, rigid and pointed. The white hairs remain in balls around the thorns all along the stem or end up around the stem perpendicularly, like a spider web around.

The genus Espostoa is common in South America, especially in Peru from which it comes. It grows in the Andes with a semi-desert climate, very hot during the day and cold at night. His woolly hairs serve him to reflect the heat of the sun and protect him from the cold at night. But despite these original conditions, it is not hardy in our climate .

Espostoa cacti grow to about 1.50 m in pots , but rarely more, while they can reach 3 to 4 m in their original environment. In the greenhouse, it is possible to obtain subjects of 2 m, provided they are very patient because this type of plant, like almost all cacti in general, grows very slowly.

The woolly cactus stalk remains upright, rigid and rectilinear, but with age, this cactus can branch out at the base, with stems that, in turn, will rise to the sky. On elderly subjects (more than 1 m high), we sometimes also notice lateral growths called “cephalum” on which the flowers appear. Flowering occurs in the summer on the elderly, at night, but it is rare.

The plant is grown quite easily when it respects its need for a rest period in winter, dry and frost free in a temperature that does not drop below 10 ° C. In summer, during its growing season, the woolly cactus needs a well-draining substrate that does not become bogged down, but stays fresh by regular but sparse watering.

Good to know: in a greenhouse, this cactus grows much more than in pots, and then forms tight colonies. In pots, it needs a very bright location, even sunny.

The most widespread and easily found species, Espostoa lanata , is also known as the “old Peruvian man” or “bearded cactus”. A second very similar species is also proposed quite often, Espostoa melanostele . The other species are found in cactus specialists.

Choose a very bright or sunny location, indoors or in a greenhouse .

Some specialists recommend taking it out in the summer sun, but it is best to avoid moving the pot , especially when the plant starts to have a good height. Prefer a room without drafts, sunny summer and winter, and a place where you can leave the pot without disturbing it.

When to plant the woolly cactus?

Plant in the spring or fall .

Re-pot as soon as you buy at these times, and do not leave your cactus in its original pot for more than a few months, often too small to ensure a good development.

It needs a specific substrate for cacti , or a mixture of potting soil, river sand and coarse gravel, which will remain draining throughout the year.

Plant in a pot diameter three to four times wider than the diameter of the cactus to stabilize the whole and allow the development of other shoots.

Spread a layer of gravel on the surface or small decorative chippings.

Culture and maintenance of Espostoa

Water parsimoniously from April to the end of October , bringing the water twice to moisten the root ball without any residual water in the saucer. Once a week is enough in general.

In winter, stop watering because Espostoa enters its resting phase. But water once a month anyway to partially rewet the substrate.

Keep a very well-drained substrate, as the main crop problem is root rot or crown rot. For this reason, never leave water in the bottom of the saucer .

Repot every 3 years depending on the growth, but it is slow.

Like all cacti, the genus Espostoa fears excess moisture in the neck, which can cause the appearance of pathogenic fungi ( gray mold ).

Good drainage of the substrate and a surface covered with fine gravel avoid this inconvenience.

Experienced hobbyists may try sowing, once the fruits and seeds have been harvested if their wooly cactus has bloomed. But for the simple amateur cultivating his wooly cactus in his house or his apartment, it is generally not possible to carry out a multiplication of this cactus .

Place this cactus in a warm and bright place where it will be able to remain summer and winter because it will develop there better in a regular way. The less you move it, the less likely you are to spill the pot and break the stem.

The genus Espostoa was discovered in the late nineteenth century by Europeans Aimé Bonpland and Alexander von Humboldt gone on an expedition to Latin America. It was named in honor of the Peruvian botanist Nicolas Esposto.

This woolly cactus is native to Peru and grows in the Andes to a high altitude, but in semi-desert. 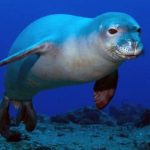 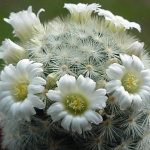