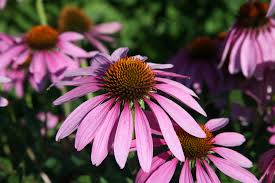 The genus Sedum comprises between 500 and 600 species of succulent plants distributed in the temperate and cold regions of both hemispheres. They stand out for being plants very adapted to the drought, due to the capacity to store water in their fleshy leaves. Its size varies between species that do not exceed 10 or 12 cm to semi arbustivas (about 50 cm). In addition to its resistance to drought, another characteristic feature of these plants is their ease of reproduction, by cutting, seed or leaf (immediately roots in contact with the ground), these two characteristics make them suitable plants for use in plant coverings .

Its use comes from the observation of the areas where the Sedum naturally appears, survives and upholsters.

The family of succulents, especially the species of Sedum , or also known as hanging succulents, have been one of the most studied species and used to install them as green roofs. One of the reasons that make the Sedumperfect for growing on green roofs is the fact of having the CAM photosynthetic metabolism ( Crassulacean Acid Metabolism ).

To avoid problems associated with the monoculture of Sedum , it is necessary to incorporate other types of species in the green roof, since monocultures tend to have a higher risk of pests than systems with greater diversity. Practical examples can be observed in agriculture, especially in the increase of pests in monocultures.

Some species of Sedum are widely used in the installation of green roofs or pre-cultivated plant covers, since these species are optimal to be cultivated in small thickness (from 4 to 15 cm) and depending on the climate where they are installed, not they require water maintenance.

Their characteristics make them ideal for installation in extensive systems. Likewise, by retaining  specific pollutants in suspension, they can be installed in cities with high pollution rates.

The blankets that are used in the vegetal covers are made with a mixture of several species, among them:

The fact of using a mixture gives us certain advantages, such as if there are any of them that work worse, the one that works or adapts better to the environment will gain that space.

The use of Sedum in plant coverings has great aesthetic advantages: its flowering and its change of color in winter. These species used, as can be seen in the photographs, offer a very dense and colorful flowering, so that, in addition to generating different volumes on the surface of the garden, it breaks with the continuity of green tones of the leaves. The flowering takes place between the months of May and August, obtaining a great variety of colors. On the other hand, in winter some of these species turn to red, brown and yellow colors, alternating with their own greens, thus the monotony of the continuous green is also broken.

General view of the sedum of Sedum

Although the covers type Epífita and Rizoma do not include irrigation by defect, for the majority of the peninsular territory our recommendation is to install it, that is why we make special emphasis in the use of the cover type Cántir, which incorporates a buried hydro porous irrigation system with which we provide the water necessary for the vegetation, these water contributions can be made in a timely manner and as an emergency or support irrigation. In cases where irrigation is not installed, we will have areas in which the plants appear dead or dry, this is only in appearance, because the plant will rebound in the spring; If we want to ensure a green cover all year round, it is highly recommended to install irrigation, which, on the other hand, does not involve a very high cost.

Detail of the Sedum species used

The maintenance of these Sedum species in the plant covers is limited to small cuts and removals of dry elements, especially from flowers, although they are optional. The removal of weeds is very scarce, since a specially formulated substrate is used for its installation, which ensures that it does not just appear, so the costs derived from this work are minimized. The only maintenance recommended is the realization of a light fertilization a couple of times a year, which in our case is done through a system strategically placed in the irrigation, so we can automate it.

From our point of view, the use of Sedum species in the vegetation cover is a very important option, since we managed to have a complete coverage of the cover from the beginning, we use well controlled and tested species, that we ensure its correct operation and obtain the benefits of vegetable covers at a very affordable cost. 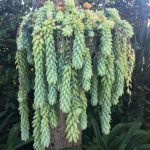 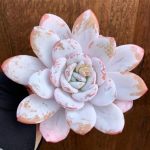