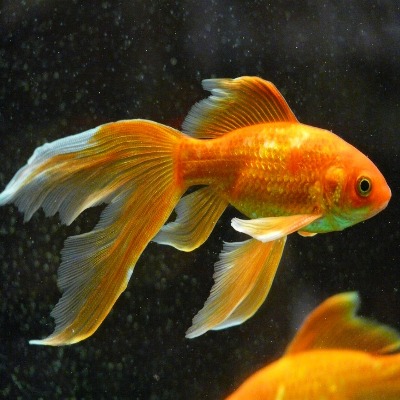 Both seas and oceans are, without a doubt, one of the richest sources , in terms of biodiversity, of the planet Earth. Its interior hosts a host of guests who make them fascinating places. Guests that vary, notably, in their form, size, color, habits, ways of feeding, etc.

Obviously, aquatic ecosystems are very different from each other. Its characteristics may vary a lot, which affects, in a very specific way, its ability to be inhabited or not.

Logically, the conditions of life in shallow waters or near the coast are not the same. There, the light is more abundant, the temperature undergoes more variations, and the currents and movements of water are more frequent and dangerous. However, as we descend into the depths, we find a totally different picture. For this reason, living beings are very different depending on the area of ??the ocean or the sea in which they live their lives.

This is where two words that may be unknown to us appear: pelagic and benthic.

Pelagic refers to the part of the ocean that is above the pelagic zone. That is, the water column that is not located on the platform or continental crust, but is closer to it. It is the stretch of water that does not have a considerable depth . For its part, benthic is the opposite. It is related to everything linked to the seabed and the ocean .

Next, we will describe each of them:

When talking about pelagic organisms, we are referring to all those species that inhabit the middle waters of the oceans and seas, or near the surface . Therefore, it is clear that this type of aquatic living beings limit, and much, contact with areas of great depth.

They are distributed in well-lit spaces, ranging from the surface itself to 200 meters deep. This layer is known as the photic zone .

It should be noted that the main enemy of all these organisms is indiscriminate fishing.

There are two main types of pelagic organisms: nekton, plankton and neuston.

In it are fish, turtles, cetaceans, cephalopods, etc. Organisms that, thanks to their movements, are capable of counteracting strong marine currents .

They are characterized, fundamentally, by having small dimensions, sometimes microscopic. They can be of vegetable type (phytoplankton) or animal type (zooplankton). Unfortunately, these organisms, due to their anatomy, can not overcome the marine currents , so they are dragged by them.

They are those living beings who have made the surface film of water, their home.

If we focus on the group that make up the pelagic fish as such, we can make another subdivision, which is, in the same way, depending on the aquatic areas that populate:

Coastal pelagic organisms are usually small fish that live in large banks that move around the continental shelf and near the surface. An example of this are animals such as anchovy or sardine.

Within this group are the medium and large species that usually migrate. All of them have characteristics, both anatomical and physiological, very similar to those of their coastal relatives, while their feeding patterns are different.

Despite having a rapid growth and high fertility, the density of their populations is much lower, making their development slower. This is largely due to the fact that they are subject to massive fishing.

Fish such as tuna and bonito are typical examples of oceanic pelagic organisms.

Since the pelagic term refers to a certain area of ??the sea and ocean, there is also a word that is used to mention it in its position as “abyssal” . And, therefore, just as we make references to pelagic organisms and fish, we can also address them as fish or abyssal organisms .

Benthic organisms are those that cohabit at the bottom of aquatic ecosystems , unlike pelagic organisms.

In these areas of the seabed where light and transparency make an appearance, to a lesser extent, yes, we find the benthic photosynthetic primary producers (capable of producing their own food).

Already immersed in the aphotic background , lacking in light and located at great depths, there are consuming organisms, which depend on the organic remains and microorganisms that gravity drags from the most superficial water levels to be able to feed.

A peculiar case is the bacteria, on the one hand chemo sintetizadores and on the other symbiotic (depend on other organisms), which are located in areas as eerie as certain points of the mid-ocean ridges.

At first glance, it is not surprising that, once we have read the above, the benthic organisms are very unfamiliar to us. Nothing could be further from the truth. There is a species associated with them that is very famous and known to all: corals .

Undoubtedly, coral reefs are one of the most valuable gems of Mother Earth. However, and unfortunately, they are also the most threatened. Some fishing techniques, sometimes very unorthodox, are killing them. We speak, for example, of trawling nets, which are the cause of serious environmental problems.

Many other living beings are part of the great benthic family. We speak of the echinoderms (stars and sea urchins), the pleuronectiformes (flounders and similar), the cephalopods (octopus and cuttlefish), the bivalves and mollusks and some types of algae .

As mentioned above, within the benthic organisms we find those types of fish categorized as “pleuronectiformes”, belonging to the order of fish flounders, roosters and flounders .

These fish are characterized by a very peculiar morphology. His body, considerably compressed laterally drawing a flattened shape , does not leave anyone indifferent. Of fry, they have a lateral symmetry, with an eye on each side. A lateral symmetry that, as they develop, disappears. The adults, who rest on one of its sides, show a flat body and some arranged on the upper side.

As a rule, they are carnivorous fish and predators , whose captures are carried out by means of the stalking hunting technique.

The most common species, since they are the most commonly used in the culinary and fishing areas, are sole and turbot .

If we review different books of science dedicated to the taxonomy and the classification of the animal kingdom, we may find the organisms and benthic simply with “benthos” or “benthic” .

Nature is a fascinating world, and aquatic ecosystems deserve a separate chapter. Talking about pelagic and benthic organisms is very complicated and much more complex. This small review highlights, in broad strokes, the details that differentiate one from the other. 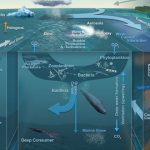 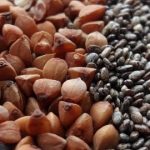