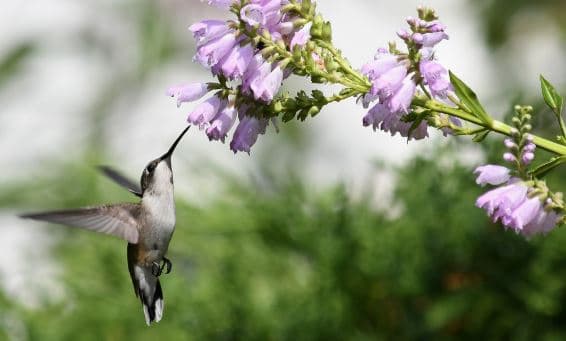 Species belonging to the genus Portulacaria , neighbor of the genus Crassula and to the family Portulacaccées (or Didiéracées according to the new classification), this beautiful succulent or succulent good French (whose fleshy leaves store water reserve) is often confused with the Jade tree.

It is a bushy tree 2 to 4 m tall and very branched, native to southern Africa, slow growing in pot culture.

Its obovate to round fleshy leaves , similar in shape to those of Crassula ovata, have a jade-green color, but are less thick.

In their natural environment, pale pink flowers appear after the rains in late spring and are gathered in erect terminal clusters. It is rare, however, that Portulacaria flowers in our climate.

In Africa, the leaves of Portulacaria afra are eaten by herbivorous animals and especially by elephants, which are very fond of them. The Zulus consume them to favor the lactation of women, and men, after drying, take them as tobacco. Finally, this shrub, supporting well size, is used in topiary or hedgerows in the countries of South-East Africa.

At home, Portulacaria afra is commonly used in bonsai. In our climate, this plant acclimates easily to an apartment where it can live more than 50 years.

After winter, the money plant generates pink florets very clustered and like clusters at the end of the branches, although it is difficult to flourish except in gardens.

The Portulacaria blooms, at the end of spring.

Species and varieties of Portulacaria

Portulacaria has only two species, of which only Portulacaria afra is grown as an amateur. It has not given rise to a large selection, and the cultivars are also few.

Plants of the same type

Sowing and planting of portulacaria (the money tree)

Even more than most succulents, Portulacaria afra needs a lot of light and a dry atmosphere . It supports full sun, but its leaves will be larger and greener in very bright exposure without direct sun.

It grows well around 20 ° C and winters between 8 and 10 ° C, temperatures where it enters vegetative rest. Below 5 ° C, it loses its leaves.

So grow it in pots or tanks indoors or outdoors in the summer and plant in a substrate with about 2/3 of coarse sand and 1/3 of potting soil .

When to plant the portulacaria?

Transplant the purchased seedlings into pots or small pots preferably in the spring, at the time of vegetative resumption. But you can also do it in autumn and even all year for these houseplants.

Install in spring in a pot with a good layer of gravel at the bottom and a very draining mixture. Do not water until growth resumes (at least 15 days), then resume every 15 days.

Culture and maintenance of portulacaria

The portulacaria appreciates a stay outdoors in the summer. Return it to shelter as soon as the night temperature drops to 10 ° C. Place it in a bright, non-humid room. N ‘ sprinkle little (once a month) if there is no heating. Get it back to the first heat of spring by gradually re-accustoming it to the sun.

You can keep it all year indoors if your room is bright enough. Think in this case to rotate the pot regularly to expose all sides to the light, the portulacaria being heliotrope. The lack of light causes low growth and enlargement of the leaves.

Growth depends more on brightness than fertilization. Two or three fertilizations between spring and autumn are sufficient. Prefer to use a liquid fertilizer mixed with water of irrigation, more practical to implement.

From November to March let the substrate dry completely before watering. From April to the end of October, watering is sparing (about every 15 days), even in case of hot weather. Resumption of more frequent watering after wintering can promote the flowering of older feet. Finally, gradually reduce the inflow of water in autumn.

Portulacaria afra likes to have its roots a little cramped. Repot it every 2-3 years in a slightly larger pot in early spring (late April to early May). Wait at least 15 days before watering.

You can prune your portulacaria to maintain its shape, limit its size or grow it as bonsai.

When to cut portulacaria?

Size it preferably at the beginning of May , especially if this size must be important. But light sizes can be done all year round.

How to cut portulacaria?

As with crassulas, do it by hand rather than with a sharp tool. Healing after a break at a node is faster and more aesthetically than after a cut.

Discards at the base of the trunk are common and should be discarded unless a multi-stem culture is desired.

Tip: Do not chew on waist scars as this may cause rotting.

This species does not have any particular problems in a dry atmosphere. In case of excessive watering or not sufficiently draining substrate, one can note a rotting of the roots.

Like many indoor plants, Portulacaria can be attacked by mealybugs , which appear as cottony clusters under the leaves and along the stems if the attack is severe.

Seedling is possible, but the cuttings method is much simpler and faster .

Preferably, in the spring, during the vegetative regrowth:

How to prune the Portulacaria.

If we transplant the Portulacaria, do it every two or three years, we will reduce and clarify the roots.

You should make a structural pruning at the beginning of the Spring, practicing the cuts always above a knot and without damaging it.

For pinching, the best thing is at the beginning of sprouting, eliminating the new leaves at the ends of the branches.

You can remove leaves, just leaving the last two leaves at the end of the stem.

It stands out when we have the first 3 or 4 knots, since the first ones together, to later go separating.

If very large leaves arise, it is better to remove them as well as badly formed or damaged.

Try not to subject the Portulacaria to very sharp curves, or to tighten too much.

Being a crass bush, the branches and trunk are soft and the wires would be very marked on them.

In that case better tie by means of raffia.

How to make a bonsai from Portulacaria Afra.

Making a bonsai from the money tree or Portulacaria Afra has its difficulty.

Having no woody stems, we can break them when working with their branches, but as regards care, it is a tree that will not bring us headaches as others would. 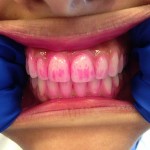 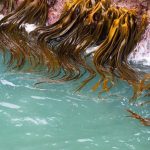