The marine benthos comprise the set of organisms that live in, on or near the seabed , that is, those that inhabit the benthic zone . Analogously, benthos also appear in any other aquatic ecosystem, not just in the sea.

Benthic communities therefore encompass a variety of habitats as different as the sedimentary environments, the tide pools that occur along the shorelines or the depths of oceanic abysses.

In the benthos exposed to light there are photosynthetic organisms, highlighting the algae, but as the depth decreases, the light becomes more scarce until reaching absolute darkness.

In addition to the depth, it also affects the temperature, the salinity of the water and the type of substrate present (rock, sand, etc). For example, in coastal waters where light reaches the bottom, diatoms and photosynthetic algae may proliferate ; filtering organisms, such as sponges and bivalves, dominate the sandy and rocky bottoms.

In soft aquatic soils, detritivore organisms proliferate, such as polychaetes . Other animals of the benthos, such as starfish, snails, cephalopods, sea ??cucumbers or crustaceans, are very important in the marine food chain, being the food of many species of fish, and are also very consumed by humans.

Benthos can be classified according to different criteria.

Bentos by size of organisms

Bentos by type of organisms 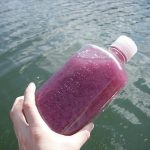 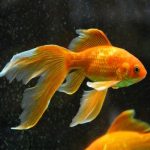