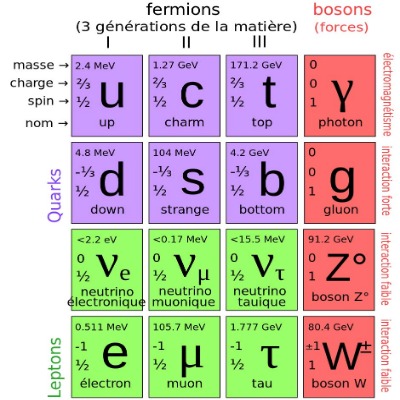 The elementary particles , also called fundamental particles are defined as subatomic particles they can not be divided into smaller substructures, ie particles that are not composed of other particles.

In this sense, an atom is formed by fermions , the family of elementary particles with mass whose combination gives rise to the baryonic matter or ordinary matter . Specifically, an atom would be formed by two subtypes of fermions : leptons and quarks :

From classical subatomic particles to quarks

In the search for the particles that make up the material, one of the first to offer an atomic theory with scientific basis was John Dalton , whose ideas were collected in the so-called postulates of Dalton , published in the first years of the nineteenth century, between 1803 and 1807.

Thus, an atom is not currently defined as the elementary particle of matter, but as the smallest unit of baryonic matter (or ordinary matter) that has properties of a chemical element .

Fermions: the elementary particles of matter

With the data and current experiments, two major types of elementary particles have been described: fermions and bosons .

The fermions are particles with mass and elementary particles of matter are considered. For their part, bosons are massless particles that carry the elementary forces : gravity, electromagnetic force and strong and weak nuclear forces .

Fermions include other subtypes of particles, leptons and quarks . Leptons and quarks interact with each other thanks to the interaction forces that transport the bosons and form the subatomic particles : electrons, neutrons and protons.

The electrons are still considered an elementary particle in themselves, specifically a type of lepton, it has not been able to divide into smaller particles. Neutrons and protons are formed by a combination of three different quarks each .

In short, leptons and quarks are the smallest known elementary particles of matter.

The so-called standard model explains all the ordinary matter of the Universe with these particles or fermions, plus 5 types of bosons (4 gauge bosons, which carry the 4 elementary forces , and the Higgs boson, which would explain how the fermions acquire mass ).

We would have to discover the graviton , the hypothetical particle that gravity would carry. If discovered, the known elementary particles would add a total of 18 , including all the fermions and bosons.

Leptons are defined as fermions or particles with mass that do not experience strong nuclear interaction . There are six types of leptons, three with electric charge -1 ( electron, muon and tau ) and three without charge and much smaller mass ( neutrinos ).

Each lepton doublet consists of an electrically charged lepton, for example the electron, and a lepton of the same taste but without charge and much less mass, for example the neutrino electron

They are another group of fermions that, unlike the leptons, experience the strong nuclear force . One of the most peculiar characteristics of quarks is that their electric charge has non-integer values; The electric charge of the quarks is -1/3 or +2/3, depending on the type of quark.

As with leptons, each type of quark has its antiquark (antiup, antidown, etc).

Thanks to strong nuclear interactions, quarks interact strongly with each other and form the hadrons , the elementary particles that make up nuclear matter. There are two types of hadrons, mesons and baryons .

The protons and neutrons of the atomic nuclei are two types of baryons formed by a combination of up and down quarks . The other quarks are unstable in nature and exist in very specific conditions for short periods of time.

It is often said that quarks are the smallest particles in which matter can be divided , but in reality we can not know the size of the elementary particles, our technology does not allow it, but we can measure its mass, although in physics of particles the mass is usually understood in terms of energy, since matter is ultimately formed by energy .

And the neutrino has even less energy, 0.000000001 GeV, and even less mass, equivalent to one millionth of the mass of the electron .

There are five types of confirmed bosons and a sixth, the graviton, still to be confirmed, which are grouped into three categories:

According to the standard model of elementary particles , ordinary matter or baryonic matter (as opposed to dark matter) is formed by fermions (particles with mass) that interact with each other through the bosons (particles without mass).

There are two types of fermions: leptons and quarks . Electrons are a type of lepton and the combination of quarks gives rise to hadrons , including neutrons and protons. Thus, an atom is formed by fermions of the two types: 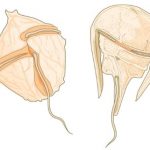 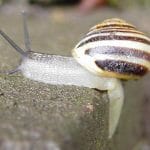