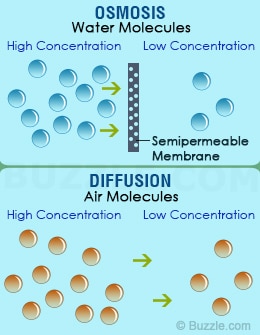 The  diffusion and osmosis are characterized by the distribution of phenomena molecules of a body in another body that is in contact with the first or separately, but through a membrane semiplasmática. These two possibilities are precisely what opens the division between the two processes.

Diffusion produces an intermingling of the molecules, as a consequence of a movement that drives its kinetic energy . The bodies are in contact then the molecules are distributed, in a phenomenon explained by the kinetic theory of matter .

This movement occurs in any of the states of matter, but is more easily observed in the case of liquids . The tendency of the movement is towards the formation of a uniform mixture of the two types of molecules.

The scientist Adolf Fick established in 1855 some laws that bear his name, and describe various cases of the diffusion of matter in a medium in which there is initially no equilibrium. These laws relate the density of the flow of the molecules with the difference in concentration between the two media separated by the membrane, the diffusion coefficient of the same and the permeability of the membrane.

Next, some cases of cell diffusion will be exemplified.

The main characteristic of the semipermeable membrane that gives rise to the osmosis process is that it allows the passage of the solvent, but not of the solute : it contains pores of molecular size that assign these characteristics.

In this way, it is observed that the solvent tends to cross the membrane in the direction of the solution whose concentration is higher , which ends up producing the amount of solvent in the most concentrated part and decreasing in the less concentrated part. It is a process that is repeated until the hydrostatic pressure balances the trend.

Because it is important?

The solubility of the solute in the solvent and the nature of the membrane to use the fundamental factors that determine the effectiveness of the osmotic process: the so-called ‘solubility’ is determined by the chemical bonds that each component in the solution presents.

The osmotic process is fundamental in biological processes where water is the solvent, especially in those processes aimed at maintaining the water and electrolyte balance in living beings, regulating water levels in the cell or in the body in general: without this process, there could be no regulation of liquids and absorption of nutrients .

Examples of the osmosis process 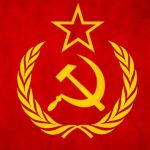 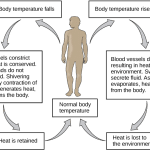