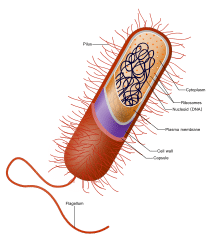 What is a cell without nucleus ?

Prokaryotes are called a type of cells that do not have a defined cell nucleus , so their genetic material is free in the cellular cytoplasm. In this they differ from the eukaryotic cells, which are much more voluminous and more complex.

The prokaryotes were the first life forms on earth, so it is logical to assume that the prokaryotic cell was the first type of organized cell that existed.

The complexity of life is difficult to trace to its beginnings. Exactly how it was possible to pass from inanimate matter to the first forms of life proper, able to nourish, grow and reproduce, is ignored .

This simplicity has allowed its great diversification, which translates into highly diverse metabolisms (not the same with eukaryotes) and a huge diversity in terms of environment , nutrition or even structure .

Thus, prokaryotic cells  can be autotrophic (they make their own food) or heterotrophic (they feed on foreign organic matter), both aerobic (require oxygen) and anaerobic (do not require oxygen), which translates into various mechanisms of nutrition :

Finally, the reproduction of prokaryotic cells also tends to be very varied , both asexual ( mitosis ) and parasexual (conjugation, transduction and transformation of DNA for adaptive purposes).

Prokaryotic cells ( cells without nucleus ) are only found in bacteria , unlike eukaryotes, which are present in animals, plants, fungi, etc.

They have cell walls formed by peptidoglycan or by murein. It includes most bacteria and also cyanobacteria.

They use other substances to build their cell walls. They are all those characteristics that live in extreme conditions such as hot sulphurous springs or waters of very high salinity.

They are prokaryotes morphologically more complex. The sliding is a movement without the intervention of flagella, sliding the bacteria on solid surfaces without also contracting the body of the bacteria.

The mechanism of movement is not well known, nor is there a single way to move, two examples are:

Cytophaga : There are protein particles on the surface of the bacteria that are rotating on the outside, in a similar way as a tank would.

Myxococcus : The bacteria secrete a surfactant that changes the surface tension of the substrate on which it is located and the bacteria slip through it.

Most sliding bacteria produce characteristic pigments and are soil inhabitants.

Blue-green algae are a prokaryote organism, with phycobilin pigments for photosynthesis. The scientific name of the Green-Blue Algae is Cyanophyceae or also Cyanobacteria. Its name comes from the Greek prefix “cyanos” which means blue, alluding to the olive green or slightly bluish color they have due to their photosynthetic pigments. That is why they are called “Green-Blue Algae”, they are microscopic and very similar to bacteria 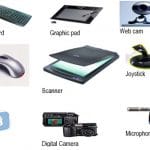 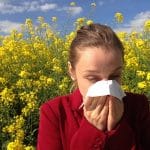