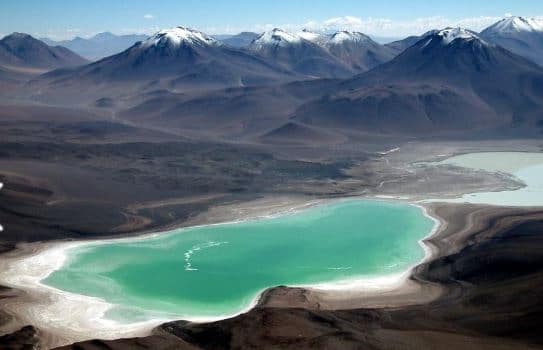 Lakes, lagoons, rivers, ponds, seas or oceans. It is not surprising that we have so many names to talk about the accumulations of water in its different forms if we take into account that the surface of our planet is covered by water in about 70% of the total.

When observing the planet we can have many doubts, for example, what makes a lake and lagoon different. Knowing our environment is essential to enjoy it, learn to take care of it and give it the value it deserves. In this article we will explain the difference between lake and lagoon , as well as explain the characteristics of these water accumulations.

What is a lake

Lakes are bodies of water, mostly sweet, which can have a large extension and are separated from the sea. The water in the lakes can come from rivers and streams, groundwater or rain. But not only do they have a water inlet, they also have exits in the form of rivers or outlets to the sea , so the water is never stagnant but there is a current although it is often not noticeable.

At this point it should be noted that those very large lakes that do not have access to the sea can also be known as closed sea, a classic example is the Caspian Sea, which is actually a lake.

What is a lagoon

Lagoons are natural deposits of water separated from the sea, shallow and whose waters are usually salty or brackish. As a result of its shallow depth and its sedimentation, the lagoons are usually places where there is a lot of vegetation and a great fauna. Unlike lakes, where only plants grow on the margins, the lagoon can contain plants with roots in all their extension.

Now that we know the definitions of lake and lagoon, we probably still have doubts about their differences. Then we explain them to you so you can understand it perfectly.

Differences between lake and lagoon

In general, the differences between lake and lagoon are 5:

Next, we will explain in detail the differences between lake and lagoon for each of these aspects.

Although many people believe that a key element is size, the reality is that the most important thing to establish if it is a lake or a lagoon is depth. The shallow depth of the lagoons is an essential difference with the lake. You can not establish clear limits, because these depend on the area and the country. For example, in Spain the limit is marked at 15 meters while in the US the limit depth is 3 meters. Anyway, a lagoon always has little depth, unlike the lake, which is always deeper. That said, it is true that in general the lake is bigger than the lake.

The lagoon only has water inlet and has no outlet, while the lake has entrances and exits. Obviously, in the lakes, most of the time you enter more water than it leaves – but they would disappear – that is why the feeling of standing water is created when in fact it is not. Unlike these lagoons, they are stagnant bodies of water .

Go ahead that this is not a 100% reliable element, since we find different types of water in both lakes and lagoons, but we can serve as a guiding factor when establishing the differences between lake and lagoon. Said this, in general, the lagoons are saltwater, either because they are on the sea side separated by an arm of land, or because their sedimentation gives them salts that give them this nature. On the other hand, the lakes are usually freshwater .

Related to the point of depth. As the lagoons have very little depth, the sun’s rays heat their waters homogeneously, so all the water has the same temperature. The difference between the lagoon and the lake is that the second one, having more depth, creates different layers of temperature depending on the depth of the water. In general, surface waters are warmer, while casualties are cooler.

As we have already explained, one of the differences between lake and lagoon is that the second ones have no water outlet. This means that when, due to a drought or whatever, the lagoon does not manage to feed on water, it will eventually disappear. But what are the differences between the de-grazing of the lagoon and the lake? While the lagoons evaporate or filter , since there is no water current, the lakes disappear when more water flows to the rivers and streams from which it enters. 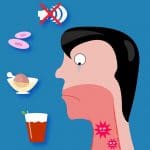 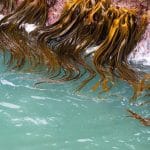