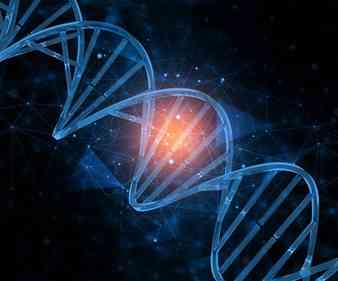 Deoxyribonucleic Acid known by its acronym as DNA is the genetic material that distinguishes almost all living beings and viruses, which is responsible for transporting the data that will act in the replication and in the synthesis of proteins – production of proteins necessary for the development and functioning of viruses and cells -.

DNA is composed of a phosphoric acid, which belongs to a phosphate group, a deoxyribose, which corresponds to a sugar, and a nitrogen base.

The bases that are cytosine, adenine, thymine and guanine are supported by the sugar skeleton and the phosphate of the DNA chain, which are joined in pairs creating a genetic code for the organism.

It refers to the hydrogen bonds, which bind to the molecules of the DNA chain.

The way in which DNA is presented is a double helix, that is, two sides or propellers keep spinning around a center. These sides are the backbone that makes up the DNA chain, which is made up of sugar and phosphate.

The nucleotides at the same time are conformed by three units that are:DNA has two chains or bands, which are constituted by a high number of chemical compounds, which are known as nucleotides . This set of chains create a twisted staircase which bears the name double helix.

These structures are located right in the nucleus or center of the cells. They are responsible for carrying the fragments of great length of DNA, at the same time it has proteins that guarantee the survival of DNA.

These are distinguished because they come in pairs, where in the human being there are 23 pairs of chromosomes in each cell of the organism, which corresponds to about 46 chromosomes in total. Of these 46, half of it is of the father (XY) and the rest of the mother (XX). These split the sex chromosomes , where from two of these chromosomes is that the sex of the baby, whether boy or girl.

It is the part of the DNA located at the corresponding ends of the linear chromosomes, which is not codifiable. These are directly related to the process of meiosis, mitosis and the stability of chromosomes.

They are responsible for forming the chromosomes during the division of the cell, which is made up of proteins and DNA.

GenThey are equal structures in terms of the data that already has its morphology, which has a DNA molecule and integrates a protein skeleton. It joins to create the chromosome.

Very short part of DNA, which is identified as a functional unit that tells the body how they should produce specific proteins.

This is the series of genes that corresponds to a being, which includes the allelic composition that is made up of the DNA that identifies the two parents. This is what gives the organism the genetic information that it will inherit from its parents. 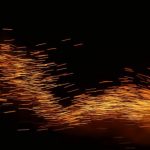 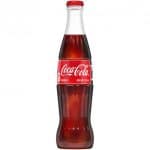