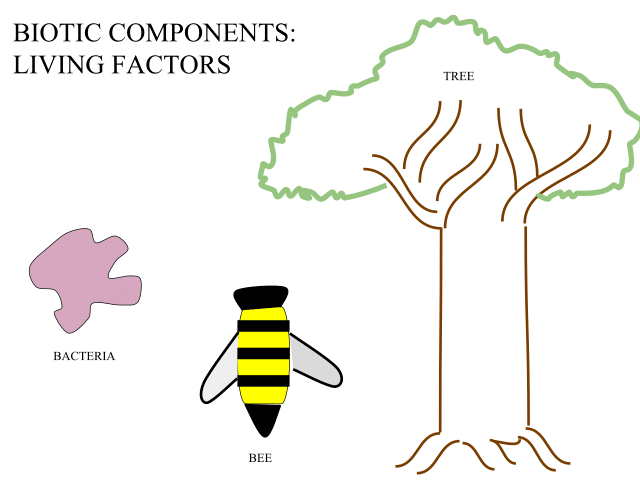 The biotic factors can be divided into:

Producers.- They are the ones who make their own food.

Consumers.- Those who can not produce their food.

Decomposers.- They are those that feed on decomposed organic matter.

Individual factor.- In other words, the organism or individual is a biotic factor in itself (a bacterium, a goose, a lion, a tree).

Population biotic factor.- It is understood that this is a group of individuals that inhabit the same area.

Biotic factor community.- In this case, it refers to the fact that in a certain area, there are interactions between several biotic populations, and a community is formed among the beings that inhabit that place, as in the case of coral reefs where several species of animals, algae and bacteria or the case of forests where several species of plants, animals, insects, bacteria and fungi inhabit.

Biotic factors (also called biotic or simply biotic components), are the living beings themselves, who interrelate with each other in a certain place, thus forming the flora and fauna of a region, these relationships form what is called Biocenosis, and when this biocenosis is added other factors (abiotic factors), they are called as ecosystem and / or micro ecosystems. That is, when we talk about biotic (biotic factors), we are dealing exclusively with living beings (fungi, plants, bacteria, animals, insects, etc.) and their mutual interrelations, excluding abiotic factors (temperature, humidity, light, the land, etc.). The living beings that belong to the kingdoms protista, monera, plantae, animalia and fungi kingdom, share a delimited environment,

An example of biotics according to their interactions:

Lions (animals), feed on beings such as cattle and others, cows , (animals) are interrelated with the grass (vegetable) from which they feed, the grass is nourished by organic and inorganic substances, so it is a biotic producer, and any time the organic substances from which it is nourished, were previously degraded by microorganisms, ( fungi and bacteria ), depend on these microorganisms. Standing out that these microscopic beings, degrade the waste left by both plants and animals, closing the cycle and starting it again. 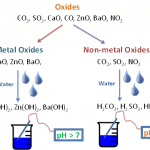 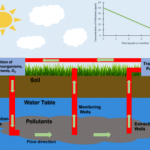