An ion is an atom or group of atoms that carries an electric charge , either positive or negative. The number of protons in the nucleus, which are positively charged, will remain the same during chemical reactions. Instead, you can lose or gain electrons , which are negatively charged particles.

The atom or group of atoms is transformed into an ion by that loss or gainof electrons, and according to it, it will take a positive or negative charge, respectively. It is explained:

Ions can be grouped according to two main criteria:

The ions, according to the number of atoms that conform them, are classified in:

The monatomic ions are those atoms one chemical element that have lost or gained an electron, and have the ability to bind other in an ionic bond. Among them are the metallic, non-metallic and metalloid atoms; for example:

The polyatomic ions are those molecules or groups of atoms bearing an overall charge, either positive or negative, and which are able to bind other in an ionic bond. Among them are:

Ions, according to the sign of their electric charge , are classified as:

The cations are the ions of positive charge because they lack one or more electrons. Among them are:

The anions are negatively charged ions , because electrons have won. Among them are:

The ions are expressed by writing the symbol of the element or the formula of the chemical compound, and the positive or negative charge is added as a superscript. For example:

Ions are able to bind to each other in a bond: a positively charged ion with a negatively charged ion , to form the molecule of a new substance. This is achieved thanks to the attraction for electrostatic forces between their charges. The ionic bond will imply how many ions are needed for the result to be neutral, that is, with the charges fully compensated for each other.

The ionic molecules , when in contact with water to form a mixture called aqueous solution , dissociate. This means that they dissolve and separate in the ions that compose them. This phenomenon causes that there are electrical charges , positive and negative, dispersed in the water , contributing to this the ability to conduct electrical currents: conductivity . 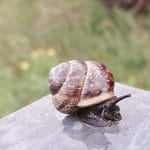 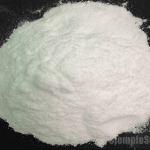