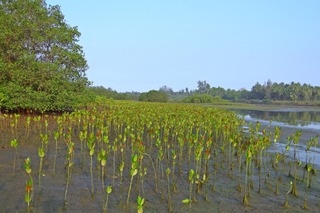 The main characteristic that gives the uniqueness to our planet, is that, in it, there are a number of ecosystems that, while their internal functioning balances the whole in general, make possible the existence of ideal environments for the development of the life of living and non-living beings, who perform functions that enable the correct and continuous development of the environment.

Ecology is the science dedicated to studying everything related to training, performance, features and other natural look, all those environmental areas where it originates and develops the life of organisms that are part of the planet.

There are two types of ecosystems, terrestrial and aquatic, which differ according to the surface in which they are located and the species that live in that environment. In turn, each of these has its own classification. Also, they can be natural and artificial, depending on the origin of creation.

Within aquatic ecosystems, we must first point out that they are the ones with the greatest presence on the planet, due to the higher percentage of surface they occupy and in the classification that is made of these, we find the lentic, in which we will make special reference to continuation.

Also called lentic environments, they are masses or bodies of water that are in a closed space that always remains stagnant, that is, in the same place, without flowing to any side. Any body of interior water that presents this static feature, lacks direct current, therefore, its mobility is carried out internally; such is the case of lakes, lagoons, ponds, swamps, ponds and estuaries.

Generally, these environments or physical spaces that change their condition over time, given that, because they do not have current or fluidity, their depth is reduced, at the same time as it facilitates the vegetation conditions for their constant growth, until they reach to the point of causing the total disappearance of water.

Not having fluidity causes water:

The water coming from the rains is the only source of income available to renew frequently the water that is stagnant, which is a non existent resource in the summer season or period of drought, therefore, there is always a latent risk that it can dry up and become extinct, leaving all the space to the plants that fight for their survival.

The lentic environments can also be affected by the contaminating and destructive actions of human beings that contribute to causing their disappearance.

Characteristics of the lentic ecosystems

In these environments, which are usually very quiet, shallow and with little variation in temperature, you can distinguish three zones or levels each with different characteristics and the presence of different types of flora and fauna: the littoral, the limnética and the deep.

Coastal Zone: due to its location, it is the most dynamic area or space since it contains the greatest number of species, both animals and plants. We refer to the area that has more contact with terrestrial ecosystems, that is, from the shore to a close distance that covers a little depth or depth and that receives a good amount of sunlight.

The referred dynamism of this area is due to the fact that it provides better benefits or environmental conditions to the living beings that are housed there: greater amount of oxygen, greater amount of sunlight and little presence of sediments that, on the one hand, favor the growth of the plants that serve as food for the different aquatic animal species such as amphibians, reptiles, and even the terrestrial ones that inhabit the area, such as birds and some mammals.

Limnetic zone: is the space located in the center of the body of water that makes up the lentic ecosystem, specifically where the coastal zone ends both in distance and in depth. It is like an intermediate zone that meets the ideal conditions so that most fish develop their life there; It has the prominent illumination of the sunlight (euphotic zone), until reaching a level where this penetration of light becomes less effective (level of compensation)

Deep zone: its location is less favored by the benefits of sunlight, since it is close to the bottom where sedimentation rests. However, since there is no space on the planet that can not be used by nature, here we also get activity and living things such as some fish and mollusks.

Not all lentic environments have the same characteristics, we can differentiate them by their extension and depth, which determines the biodiversity that can be housed in them.

They are the most common and representative of this type of ecosystem. Its main characteristic is the size or extension, ranging from medium to large magnitude, ranging from several square meters, to several extensions of kilometers around; There are even large lakes that can be compared with marine ecosystems. Its depth can reach up to 2000 meters.

They can be caused by:

It is considered that a lake is distinguished from a lagoon, by the depth that exists and in some cases, by extension; This varies according to the approach that is given in each country or locality.

They are deposits of small extension water, generally made with the propositive intervention of human beings, which are filled artificially, through pipes; in order to store water for some productive purpose such as raising fish.

They are small deposits of fresh water, ideal to satisfy the needs of this vital liquid to various animals. They generally last little in the environment because of their small size.

They are those deposits of stagnant water, characterized by their shallow depth and by the presence of abundant plant species, to such an extent to be considered an intermediate point, which has characteristics of both terrestrial ecosystems and aquatic ecosystems. They also serve as the residence of amphibians and reptiles.

It is a kind of swamp, of great size, which forms in flat areas that are often flooded with rainwater or by the overflow of a river or lagoon during the winter seasons.

At the world level there are countless lakes, lagoons, wetlands, estuaries, distributed in all continents, in some, in greater quantity than in others, depending on the geographical conditions, or of the intervening activity of human beings, either for the conservation, destruction or artificial creation of new ecosystems.

There are some that are representative of these ecosystems and have a lot of strategic and geopolitical importance for the economies of the countries where they are located.

These ecosystems composed of bodies of fresh water, are very prone to pollution produced by toxic substances that receive product from industrial or domestic activities of people living in their environment

An example of this serious situation is what happened in the Aral Sea, located in Uzbekistan – Kazakhstan, after being listed as the fourth largest lake in the world, currently, it is not among the first 20 . Its deterioration and decrease are due to the irresponsible human actions with the use of pesticides and other inputs used for the sowing of various items such as cotton. Lethally affecting both biodiversity and the human population. 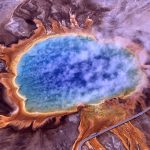 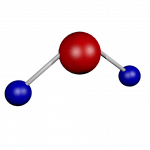