What is Homo sapiens ?

Homo sapiens is the scientific name of our species, human beings. Our species is the last to emerge from the genus Homo, that is, from hominids, descendants of a species of primates that took a different evolutionary course as they descended from the trees and began to walk on their hind legs.

Like the other hominids, our species is characterized by its intelligence capacity that allows it to develop both material tools (from spears and clubs to screwdrivers and revolvers) as well as intellectuals (from spoken language and mathematics to quantum physics and economics), which has allowed him to adapt the world to his biological and civilizing needs, changing the destiny of life on the planet forever. That is why it is the animal species that governs the world today.

The Homo sapiens long we refer to our species with the generic “man”, but this term is deprecated since it is used for adult males, so it is preferred and advised the use of human , humanity or human beings .

The term Homo sapiens was assigned by the naturalist Carlos Linneo (1707-1778), author of our method of nomenclature for species, to identify ours as the “wise men”, that is, capable of knowing, of knowing, of deduce, to think in a complex way.

From there comes our self-determination as “rational animals”, capable of articulated language and complex thinking, unlike the rest of the known species.

The Homo sapiens appears indisputably in Africa, sometime around 315,000 years ago, judging from the oldest remains found on the east coast of Morocco.

However, the oldest samples of modern behavior found in Africa date back 165,000 years ago in South Africa.

However, the species emerged in Africa as an evolutionary step from archaic Homo sapiens or pre-sapiens , so it is estimated that contemporary Homo sapiens (formerly Homo sapiens sapiens ) dates back 40,000 years ago.

As we have said, the point of origin of the species is uncertain, and in this respect there are two different hypotheses:

Human beings are eukaryotic and roped beings, like all those who belong to the order of primates, where our closest living animal relatives are today.

In that sense, we come from a primate superfamily known as Hominoidea (hominoids), which contains two families: Hylobatidae (gibbons) and Hominidae (hominids), which in turn is divided into two subfamilies: Ponginae (orangutans) and Homininae , also composed of two tribes: Gorillini (Gorilas) and Hominini(homininos). Finally, within this last tribe there are two genera: Pan (chimpanzees) and Homo (humans).

The Homo sapiens is a mammalian species bipedal, whose body has bilateral symmetry, and having sexual dimorphism: Females and males are distinguished by the naked eye by the characteristics of their bodies (women have breasts, small and vulva waists, men they lack breasts, are wider in muscles and have a visible penis).

The upper extremities of the human have prehensile hands with opposable thumbs, which allows him to create and wield tools of various kinds. In addition, its skull has a brain capacity of 1600 cm 3 and has an unparalleled mental capacity in known fauna.

The body of Homo sapiens has an average height of 1.75 meters (men) and 1.62 meters (women) and weighs 75 kg and 61 kg (respectively). Their nutrition is omnivorous and their average planetary life is 71.4 years.

The Homo sapiens is a gregarious species, ie, seeking the company of others. This influenced the development of physical and mental abilities that allow spoken language, being the only animal species capable of communicating through a system of signs and inscribing it to last through various physical supports (writing).

Human societies have hierarchies and social systems that gave birth to politics and jurisprudence, so that our societies can govern themselves through abstract laws taught to future generations, debatable by the community itself and included in codes of laws (constitutions and other holy books).

From early ages, Homo sapiens worshiped nature, imagining in it mythical deities and figures that later gave rise to religion. At present there are three great monotheistic religions and several polytheists, which are disputed between all the faith and the mystical life of the 7 and a half billion human beings that exist.

The life cycle of the human being includes a gestation of 9 months that culminates in childbirth. The newborn is helpless and requires paternal care during childhood (up to 12 years).

Subsequently there will be a stage of sexual maturation or puberty (around 15 years old), which culminates with his entry into adulthood in youth (more or less 21 years old).

This will be followed by maturity (shortly before age 40) and finally old age (after age 60).

The Homo sapiens inhabits the five continents, but focuses the bulk of its population in tropical and equatorial sub bands in the world as well as in temperate zones.

It prefers humid regions such as coasts, regions irrigated by nearby rivers and lakes, and to a lesser extent arid or desert areas.

Formerly the modern human being ( Homo sapiens sapiens ) was differentiated from the so-called neardental man ( Homo neanderthalensis), when the latter was thought to be a subspecies of ours.

This theory was ruled out, but an alleged subspecies of Homo sapiens whose fossils were found in Ethiopia, in Herto Bouri in 1997 , could be resumed after the discovery of the man of Herto ( Homo sapiens idaltu ) .

Its name incorporates the term idaltu which means “old man”, since the three skulls found would date back 158,000 years.

The evolution of the human being occurred according to the following stages: 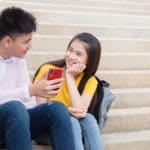 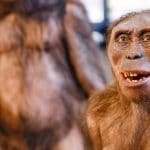