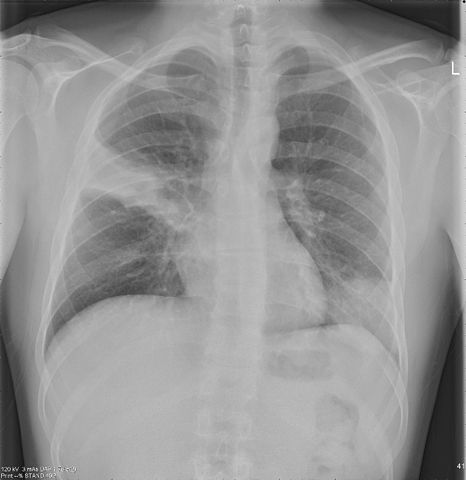 All people have suffered from a respiratory condition at some time in their life, be it cough, sore throat, pneumonia, etc. However, very few inquire about exactly what is happening in their bodies in order to avoid complications.

Therefore, it is necessary to know that respiratory infections are divided into two types, depending on the place of the affected respiratory system:

– High: are those that occur above the trachea; for example: the common cold, the flu, pharyngitis and laryngitis.

– Low: are those that are below the trachea; such as pneumonia and acute bronchitis.

“It is precisely these low infections that people tend to confuse most frequently. Therefore, it is important to know some differences between pneumonia and acute bronchitis:

-Anatomic differences: Bronchitis affects the bronchi (the ducts that carry the air inside the lungs) while pneumonia affects the alveoli (the lung tissue where the gas exchange with the environment occurs, oxygen is absorbed from the air and removed carbon dioxide of the organism-).

– Pathophysiological differences: In pneumonia inflammation occurs in the alveolar sacs of a particular area of the lung, which are filled with mucous secretion resulting from the infection and in those areas gas exchange is interfered. Generally, only one lung becomes ill. On the other hand, in bronchitis inflammation occurs in the walls of the bronchial tubes, the production of mucus increases through the glands located in the bronchial mucosa and there is a decrease in the space through which the air passes, affecting both lungs.

-Differentiation of microorganisms: Bronchitis is mainly caused by viruses but bacteria may also be involved. Pneumonia is caused by bacteria, although cases caused by other microorganisms such as fungi and viruses can also be seen.

-Clinical differences (signs and symptoms): In pneumonia there is cough with expectoration (phlegm) that may have different coloration (yellowish, greenish, brown), fever is high, there may be pain somewhere in the chest (usually on the side ) and there may be difficulty breathing. In contrast, in bronchitis there is a cough that can be dry or with white or yellowish (phlegm) expectoration, the fever may be mild or absent, there is difficulty breathing and may be accompanied by a sensation of chest tightness (“tight chest”) ).

Paraclinical differences (exams): In bronchitis, blood tests and chest X-rays are usually normal, although there may be slight alterations in hematology and discrete radiological changes in both lungs. In pneumonia, bacterial infection is evidenced in blood tests (hematology) and the chest X-ray always shows the presence of infection in the affected lung; In some cases there may be pleural effusion (fluid around the diseased lung).

-Differences in treatment: In pneumonia antibiotics (sometimes more than one), syrups are always indicated in cases where it is difficult to expel phlegm, pain relievers if there is chest pain, there is no need for inhalers or nebulization unless there is an associated picture that deserves it. In another instance, bronchitis may require the use of inhalers or nebulisations, syrups in cases where the expulsion of phlegm or cough is very intense, antibiotic in case bacterial infection is suspected.

In some cases the symptoms can start as bronchitis and then evolve to pneumonia, in that case it may be due to progression of the infection due to poor patient care or not using the treatment (one of the so-called “badly cured flu”) or due to superinfection of another microorganism due to the weakness produced during bronchitis (becoming infected with a bacterium before finishing being cured of infection by a virus, for example).

Anyone is susceptible to these respiratory infections, especially children and the elderly. However, there are risk factors that increase the possibility: smoking, alcoholism, drug use, malnutrition, suffering from other diseases such as asthma, COPD, diabetes, cancer, receiving chemotherapy or biological therapy, among other things. Climate changes do not cause bronchitis or pneumonia in themselves, but lead to changes in the airways that favor infection by viruses or bacteria that are in the environment or in nearby patients at that time. 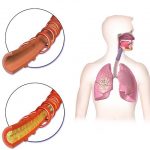 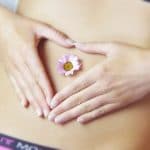