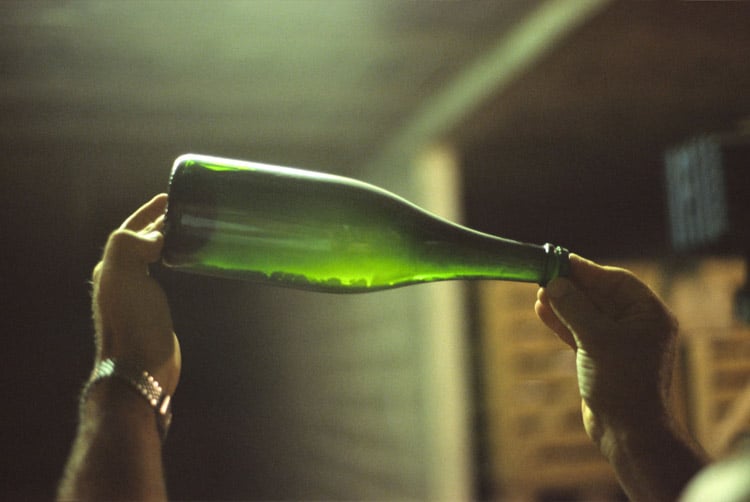 Fermentation is a natural process that occurs in certain elements, this takes place by the action of certain factors that generate an incomplete oxidation process, it can also be defined as an anaerobic process that occurs in catabolism and that gives rise to a new compound, in this process there is no oxygen. This process was discovered by Louis Pasteur who was a French chemist who lived between 1822 and 1895.

The fermentation is carried out mainly by a type of bacteria and other organisms for which they must be out of contact with the air, this is the reason why it is said to be an incomplete oxidation process, in this process these bacteria feed on other natural compounds which allow them to multiply and expand so that the compound where they were initially changes, for example when said compounds are yeasts, the product of this process is bread and for this, elements such as sugar and glucose are required, said Elements are the food of bacteria which allows them to ferment.

During the fermentation the compound manages to obtain a certain degree of energy and this is achieved without the need for oxygen, as we mentioned before one of these compounds and that comes into play on most occasions is the yeast which in turn is the composition Of certain types of unicellular fungi which have the ability to break down other elements such as carbohydrates, sugars and other elements, there are the following types of fermentation: alcoholic, lactic, acetic, ferrolaic pcb and butyric fermentation.

There are also different types of fermentation. The ones that are mostly used and stand out are:

Fermentation is used in the production of bread, yogurt and alcoholic beverages , for example. Each type of food receives a specific type of Fermentation Agent.

Yeasts are microscopic fungi whose vital function is to consume the glucose (C 6 H 12 O 6 ) present in the food, producing as a consequence Ethanol (C 2 H 5 OH) and Carbon Dioxide CO 2 , this facilitated by a generation of enzymes on the other hand. In fact, the pores in the Pan arise because of the bubbles of carbon dioxide CO 2 which is encapsulated in the mass when introduced to the oven.

The yeast that is mainly used for the Fermentation of Barley to turn it into Beer, called Saccharomyces Cerevisiae , thanks to its asexual reproduction by sprouting or budding, can be grouped to process new raw material. A live group of these unicellular fungi is always maintained.

The Fermentation stage in Bread Production is perhaps the most important, because the smell, taste, strength and shelf life of the product are defined here. It consists of several stages:

Since ancient times it has been a tool to improve the quality of bread. The preferences are made with a part of flour, water, salt and Yeast, and depending on the time spent at this stage will be the benefits that are manifested from the Fermentation. It can cover from 6 to 36 hours. Preferences in which less than 6 hours are invested will only generate strength, develop the other qualities, which are smell, taste and shelf life.

It covers from kneading until the moment when the dough is divided, and it is a crucial stage when it comes to developing the characteristics of a good bread. It usually takes between 0 and 4 hours, but bakers, wanting to cover more production, jump this step.

This stage is located after the division of the dough, while the bread is placed in the molds. Lasts up to half an hour, and serves to make the Carbon Dioxide gas make the first expansions in the dough. This will achieve a better volume in the bread.

Finish just before bringing the bread to the oven. It lasts 15 to 90 minutes. It further favors the increase in volume of the dough thanks to a greater production of Carbon Dioxide CO 2

Last stage of Fermentation in Bread, and the most intense. The dough is introduced into the oven, which implies an increase in temperature, which promotes enzymatic activity and stimulates yeast. Therefore, a significant amount of gas is produced. It lasts 5 to 7 minutes.

The production and fermentation of yogurt

Yogurt is a dairy product of creamy consistency, of remarkable viscosity, generated through the fermentation of milk, which usually comes from cattle. This process is chemically known as Lactic Fermentation .

Lactic Fermentation began to be used in the Middle East, when the man found that the acidified milk changed in consistency and flavor.

This phenomenon occurs because of the following: The bacteria that inhabit the udders of cows proliferate in liquid milk, and their functions convert lactose, which is the characteristic carbohydrate of milk, into Lactic Acid. The remaining acidic medium causes the proteins to precipitate, separating from the serum.

The bacterial flora responsible for the fermentation of milk is composed of Lactobacillus bulgaricus and Streptococcus thermophilus . Each with a specific function: Streptococcus thermophilus removes oxygen and Lactobacillus bulgaricus is responsible for converting lactose into lactic acid. When the pH of the milk is between 5 and 6, it begins to coagulate.

Yogurt currently marketed as “fermented milk” or “Probiotic” contains 100 million live bacteria in every gram of yogurt. It serves as a support or complement for the intestinal flora of the consumer, and thus potentiate the defense against the development of harmful microorganisms.

In addition to the original flavor, fruits and flavorings such as vanilla and chocolate are added for sale to the public.

On an industrial level, in order for Fermentation to participate in beer production, an earlier stage called Maceration is required, in which Germinated Barley Grain Starch, or Malta, is degraded to fermentable sugars. As is known, Starch is one of the most complex sugars that exist, and it would be more expensive to have the intention of fermenting it as it is.

Maceration is performed between 60 and 70 ° C, using an enzyme called Diastase, and lasts 3 hours. The malt made flour is combined with hot water, and when the combination is boiled, the enzymatic activity stops, and the undesirable proteins coagulate and precipitate. They are separated by Decantation, and the remaining liquid, called Wort, is boiled in large deposits, to add the Hops in the appropriate amount. The result is filtered, cooled and the air is added.

The yeasts that are involved can be High and Low , depending on the height of the container in which the Fermentation begins. The Altas, which rise to the top of the tank, are composed of cultures of Saccharomyces cerevisiae . The temperature begins at approximately 9 ° C, to rise a few degrees in the fermentation, which indicates that it is an exothermic reaction. During cooling it reaches 5 ° C. Days later, slow fermentation begins, which can last between 15 and 20 days. With this fermentation the “Ale” Beers are achieved.

Low yeasts , formed by cultures of Saccharomyces carlsbergensis, become deposited at the bottom of the tank, and work at temperatures between 15 ° C and 20 ° C. Using this type of yeast, “Lager” beers are achieved 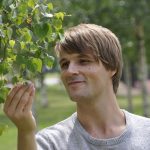 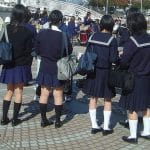