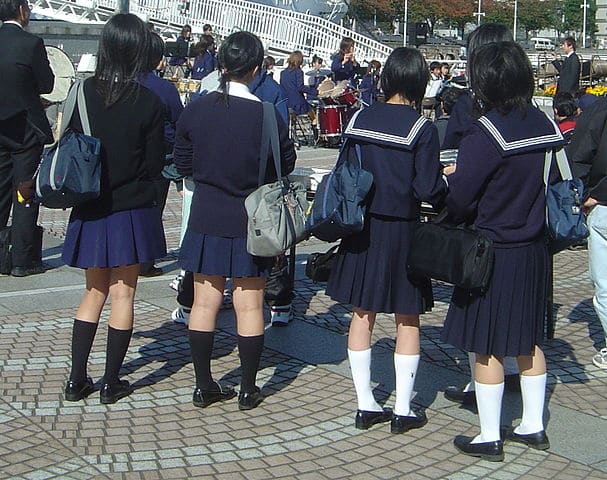 Before making a decision about our children’s school, we should analyze the advantages and disadvantages of the school uniform. There are two antagonistic positions about its use: Which side are you on?

The debate has been set up a while ago between parents and teachers. Is it good or not for children to wear a specific dress to school? If you still do not have an opinion about it, in the following article we will tell you what are the advantages and disadvantages of the school uniform.

Advantages of the school uniform

We begin with the ‘positive part’ of this dress imposed by many schools ;  They are synonymous with tradition and belonging, but also with status and prestige. Some of the advantages of wearing a school uniform are:

This is one of the most used words to defend the idea of school uniforms. It is that thanks to them, all the students of the school dress in the same way.

There are no disputes, jokes or discrimination with someone who wears a jacket ‘from last season’ or with whom they have chosen an out of fashion garment.

One of the reasons why schools impose the uniform is precisely the sense of belonging . And this is not new, but dates back a few centuries. Being from a ‘house’ or an institution through its clothing, its shield and its colors is synonymous with pride, prestige and being part of something superior to us.

For parents, that their children wear a uniform is something very practical, since they should not worry about buying them other clothes to go to school. In addition, in many cases, younger siblings ‘inherit’ older garments and that saves a lot of money.

In the morning, wearing a school uniform avoids thinking about what clothes to wear . A time that can be dedicated to other tasks, such as breakfast, which reduces stress for the child.

4. Avoid lack of discipline in schools.

The uniform helps improve students’ grades, since it increases their concentration by creating a more formal and academic environment.

Despite criticism that the uniform suppresses the ability of a child to show their individuality, some studies indicate that wearing the same clothes that other classmates invite students to reflect on how to express themselves through other formulas that do not Be the appearance.

School uniforms help reduce negative comparisons among students of different economic levels, contributing to increase student self-esteem and providing them with a sense of community.

The uniform is, in the end, a way of advertising a certain school .

The fact that all students are dressed in the same way helps students to be recognized and identified more easily during field trips and school trips.

The uniform advances the values and culture of a working life in which a large part of the students will have to wear uniforms in their professions.

The uniform saves parents a lot of money, especially in those schools where there is no single provider. Donation campaigns are launched in some schools, in which students give up items that are no longer worth to other children who may need them. Also, the uniform can pass from older brothers to younger ones.

Some schools give parents the option to choose where to buy school uniforms, allowing them to choose options with tighter prices. The companies that embroider emblems or school shields offer a significant saving of time and money to the families, although it is necessary to make sure that they are acquiring quality garments and with a high durability.

Not all students have the same economic situation or tastes and the uniform matches them.

14. Allows identification to a school center.

In some situations, such as excursions and outings in general, the uniform allows students to identify the same school.

Disadvantages of the school uniform

Of course, it is also necessary to analyze the ‘cons’ in order to make a decision. Among those detractors of the school uniform, the following is expressed:

It is more expensive to buy a uniform (which in many cases needs a change in the middle of the school year) than to wear it in the same clothes you would wear at home or to go for a walk . For many families, this aspect is truly limiting.

Many of the parents who decide not to send their children to a school that imposes the uniform indicate that it is because it takes away autonomy. That ‘homogenize’ the entire school population does not give them the opportunity to think for themselves , make decisions about their clothes or enjoy being different from the rest.

We can also indicate that, for some adults, school uniforms are macho and outdated . Girls with skirts and boys with pants is a way of not advancing as a society and staying in the past.

In turn, it can be unfair for them during the winter , because not all schools admit changes in the uniform according to the time of year. The same goes for boys in the summer.

Finally, we cannot ignore the fact that, in some cases, school uniforms can be dangerous. If the attire includes a tie, it can cause damage to the child during recess games or at any other time. 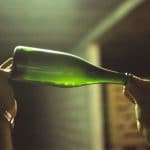 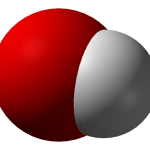