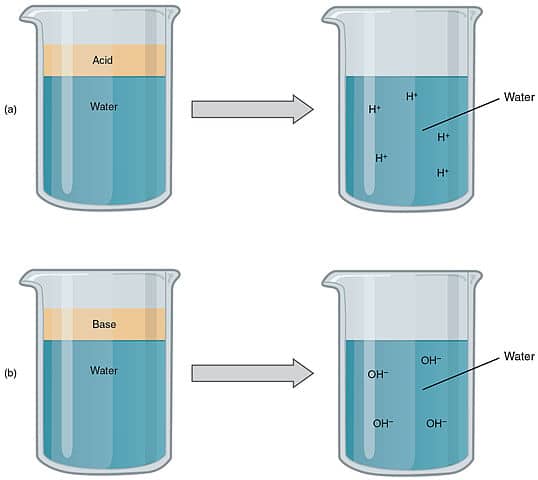 In the field of chemistry, in general, bases (or hydroxides ) are called substances that, when dissolved in water, release hydroxyl ions (OH – ) and acids that are capable of releasing protons (H + ) .

The concept of bases and acids has been modified a little over time. It was Arrhenius who drew up the first definition, his theory had some limitations, since certain substances such as ammonia behave as bases without having the hydroxyl ion in its molecule. In addition, Arrhenius only considered the aqueous medium, but acid-base reactions also occur in other non-aqueous dissolution media .

Almost forty years later, around 1923, Brönsted and Lowry formulated another theory by stating that acids and bases act as conjugated pairs, so that acid is that substance capable of providing protons and the base is that capable of taking them . Even this theory was not completely complete, since there are several substances that have acidic properties without having ionizable hydrogen atoms in their molecule. That is why, as an additional part of his theory of interatomic covalent bonding , Lewis noted that acid is all that substance.

which can accept a pair of electrons to form a coordinate covalent bond (dative), while a substance is capable of yielding said electronic pair.

According to their tendency to dissociate into ions, acids and bases are classified as strong and weak . Acids lower the pH of the solutions , the bases or alkalis raise it. Strong acids are often corrosive, some substances dissolve better in media that have been slightly acidified or alkalized.

Some well known acids, by way of example:

Now, some bases are listed (those of metals are generically known as hydroxides ): 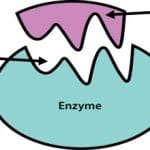 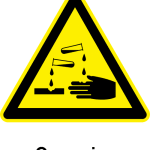