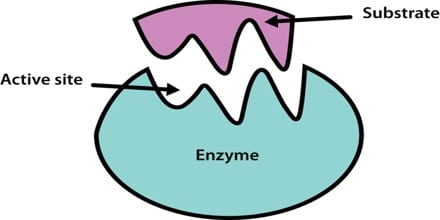 All metabolic reactions that occur in our body have been mediated by enzymes, these are mostly of a protein nature (some are RNA).

Enzymes are defined as biological catalysts, capable of accelerating chemical reactions in both directions, without being consumed in it, or being part of the products. The fundamental difference is that they have a high specificity of reaction, that is, because of the substrate on which they act. Certain enzymes require certain organic, thermostable compounds to be able to fulfill their catalytic function, these molecules are called coenzymes, generally have low molecular weight and are usually key in the catalytic mechanism. The coenzyme-bound apoenzyme constitutes the holoenzyme. These thermostable molecules are usually vitamins or metals.

Enzymes have a great diversity of functions that range from signal transduction to stimulate movements, such as myosin to hydrolyze ATP, in order to produce muscle contraction in the gallbladder. They also help the division of molecules, such as transferase, and the regulation of some biological processes in the body.

Three large groups of enzymes are known in the human body, these are:

Metabolic enzymes are those enzymes that are present in all organs and systems of the human body, making possible chemical reactions in the body’s cells.

Two of the most important enzymes during the process are dismutase, which acts as an antioxidant and catalase, responsible for breaking down hydrogen peroxide.

However, it is important to clarify that there are many other enzymes that possess cellular functions.

Food or food enzymes are all those enzymes found in foods of animal or plant origin, such as lipase, cellulase, protease and amylase.

These types of enzymes have active units that favor the process of decomposition of proteins, fats and carbohydrates in the body. Similarly, they favor the digestive system and stimulate the production of metabolic enzymes in the human body.

Some enzymes of animal origin even act as anti-inflammatory, improve digestion as is the case with bromelain and pepsin.

There are enzymes such as renin, capable of preparing milk for the management of lipase and pepsin. You are responsible for making chemical reactions possible in the human body.

There are others such as trypsin restricts arginine or lysine, which is activated before alkaline ph.

This digestive enzymes receive such a name because, once they are secreted by the body, they have the ability to help during the digestion process of the food we consume daily.

Such is the case of proteases, responsible for the digestion of proteins. These types of enzymes are usually found in pancreatic, gastric and intestinal juices.

Another of the enzymes involved during the digestive process is amylase, which is responsible for breaking down carbohydrates. It usually comes from the pancreas, saliva and intestine.

Lipase is produced in the stomach and is responsible for digesting fats.

Amylase, produced by the salivary glands during chewing and by the pancreas, is responsible for destroying the bonds between carbohydrate molecules, generating disaccharides and trisaccharides, while converting starch into maltose.

Examples of enzymes in our body and their substrates

In this table you can see examples of the  main enzymes that secrete the different glands and organs of the human digestive system. 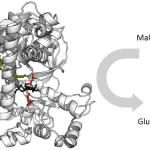 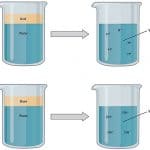