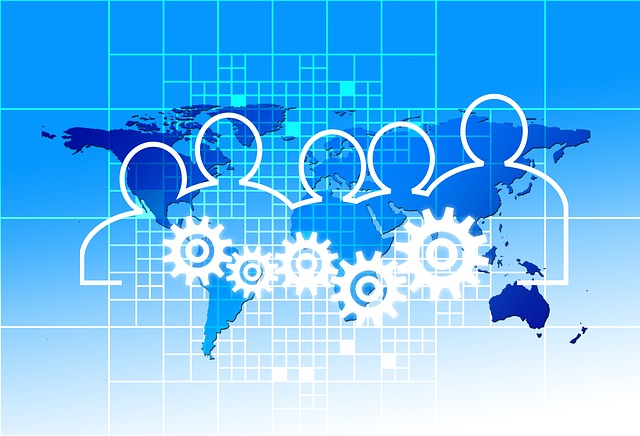 Globalization is a process integrating different nations living in the world, borders are diluted and a cultural, economic, and political barriers or unrestricted exchange occurs. The free circulation of knowledge is possible thanks to the technological and social progress that has been experienced in recent decades. We can distinguish different types of globalization depending on the area or scope it covers, we will see the main processes of globalization or globalization that affect today’s society.

Economic globalization consists of free trade, that is, eliminating tariffs and barriers so that capital can circulate freely and thus create a world market. In this sense, we must distinguish between three types of capital:

It is the money that is invested in materials, tools and labor.

Corresponds to sales and purchases of goods and services.

It includes loans, credits and investments.

In short, these capitals do not correspond to a specific place, but instead circulate from one country to another without any obstacle . In this, banks and multinational companies have a great role. Just think of some brands that are known in much of the world to realize that this is true. The  effects of economic globalization are the result of the growing interdependence of national economies..

Among the characteristics of economic globalization  , free trade, industrialization and mobility of resources stand out without restrictions or impediments. As a consequence, inequalities between the most powerful nations capable of taking advantage of market expansion and those less favored are accentuated because they do not have sufficient resources to compete globally. The competition and diversity of products are accentuated in this process of economic interdependence.

It is presented in the unification and link of various cultural practices such as characters, values, customs, relationships, brands, media consumption, among others.

Cultural globalization refers to everything related to the emission and consumption of cultural products of international importance, specifically cinema, literature, music and television. The technological element increases its diffusion ability to higher levels.

We must highlight here the role of the English language as a common thread, which acts as a frank language. For example, the weekly  Der Spiegel  in Germany has an English version, as does the newspaper  El País , in Spain. Thanks to this it is possible that people from many other parts of the world can consult this news and see a different point of view on various topics. The same goes for cinema and literature: there is a wide variety of books and films in English that go well beyond the borders of their countries of origin.

It is the means that facilitates the progress of organizations and tactics worldwide to solve the problems that harm all human beings living on planet Earth. It is the increase in the unification of the various national policies in a single international policy , based on the accelerated construction of power, hierarchies and updated world standards today.

Issues such as climate change or lack of natural resources has been the factor for nations to work integrated. This has transformed the various policies of the countries into a global issue.

The techno globalizacion or technological globalization is the last kind of globalization that will be explained and is allowing largely exist earlier. It is about normalizing access to technological media, the internet being its greatest exponent. These circumstances are changing the world in a way only comparable to the way the Industrial Revolution did.

Technology allows knowledge and information to cross borders at a speed that you would never have imagined before. This changes the way in which people see their environment, and countries constantly interact. Technology has created a society in which states are no longer so independent: they are constantly related and coexist in many aspects.

Technology: a key element in globalization

It was already explained in the previous section that, without technology, the rest of the areas would most likely not have been globalized in the same way. In the economic field, without going any further, we must consider electronic commerce . There are many brands that ship their products internationally, so it is no longer necessary to have a physical location in a country to access the local public. People have become accustomed to buying online, in a world where borders are increasingly blurred.

Technological advances also have an influence on the social level. It is true that there have always been migrations and people who have gone to work in other countries. However, electronic devices and the Internet make this process much easier, and it is now possible to be living thousands of kilometers away from home and talking in real time with the family, even with the opportunity to see their faces.

Part of the conception that we are all equal, so all people must have the same opportunities, the same benefits and the same living conditions; nevertheless, of all the globalizations , the social one is the one that represents, when saying, of the experts a true feat.

Creating a global platform that allows social equality would mean dismantling many structures and paradigms that make up many societies and that by themselves frame their members and do not allow them to move forward.

It would even be necessary to break the barriers of religion that in some countries play a preponderant role and that, in the view of the international community, place many of its members in unfavorable circumstances.

Simplicity for the movement of people, merchandise, capital, and information has favored the conditions for criminal groups to profit from actions such as drug trafficking, arms trafficking , pedophilia, prostitution and international money laundering, without the problems and impediments they faced in times past.

The inappropriate use of modern technology, associated with the removal of physical barriers, speeds up the displacement of large amounts of money, that is, more income is currently obtained in less time, which facilitates them to be handled by criminals, reducing with it is the power and control of states over capitals. The weakening of the States, lightens the ethical obstacles, which in turn corrupt the institutions, this institutional corruption, unbalances the national economy.

In a nutshell, the new forms of transnational criminality arise as a result of a situation of general anomie, in an increasingly integrated and interdependent world, growth has not been accompanied by a simultaneous modernization of law and its protection methodologies; In addition to the decline of the States, the development of new forms of exploitation, discrimination and aggression both to common goods and to fundamental rights.

As citizens of planet Earth, we are called to work for the construction of a new international ecological order: the humanism of our time will only be viable through the globalization of the ecological and social market economy. Preserving Creation is a duty of all human beings. This task is essential for humanity, because without the natural basis of life, sustainable development and the survival of the human race is impossible.

The human being, nature and the environment form a unity, constitute a global interconnection.Everything is linked. Everything that happens to Earth will happen to the children of Earth. Man did not weave the plot of life, he is just a thread. What he does with the plot he does to himself. ”

We have developed impressive technical and scientific progress that must be conducted within an ethical framework. The promotion of science and technology must continue with responsibility towards nature and the environment. 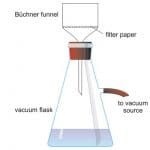 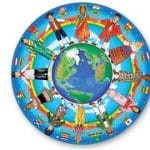