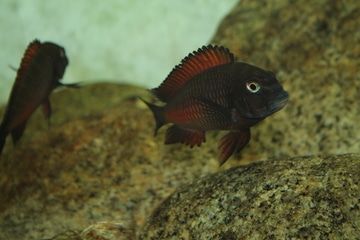 Ecosystems are biological systems that are formed by all organisms that live in a community and by all abiotic or non-biological factors (climate, relief, luminosity …) with which they interact. On our planet there is a great variability of ecosystems that are classified in aquatic, terrestrial and mixed or transitional ecosystems. For example, aquatic ecosystems encompass many environments and we can distinguish between marine and inland water ecosystems, which develop on the surface of the continents, whether fresh or salt water.

What are the freshwater aquatic ecosystems?

The aquatic ecosystems freshwater systems are very important to provide very different services: they are a source of food and water, regulate climate, maintain biodiversity and soil, stores and eliminate contaminants and participate in the process of recycling nutrients.

The inland water ecosystems can be classified into:

Rivers are streams of water that persist over time and that flow continuously in only one direction. The characteristics of the river basin together with the climate (temperature and rainfall) will determine the vegetation of the riverbank. The main primary producers of biomass in rivers are algae ( phytoplankton if they live in suspension in the water column, and peripheral or biofilm if they live on sediments), mosses, lichens and vascular plants .

The rivers change along its route. The upper, middle and lower reaches of the rivers have different characteristics and, therefore, will present different communities of species and processes.

An important feature of the rivers, since it will determine the communities that will be found in their environment, is the hydrological regime; which encompasses all the temporal variability of the amount of water in the river ecosystem , that is the frequency of floods, droughts, their magnitude and duration, their predictability, etc.

It should also be noted that the state of these rivers has a direct and indirect impact on the ecosystem. An example of this is groundwater , of great importance, since its waters can also be used, but they are not independent of the state of conservation of the rivers.

Lentic systems such as lakes, ponds, ponds, ponds, marshes, swamps, etc. , are closed bodies of water with no flow or currents that persist over time. In them we can differentiate three zones: epilimnion (more superficial layer of the water column), metalimnion (intermediate layer, with very changing physical and chemical characteristics) and hypolimnion (deeper layer).

The environments present in freshwater aquatic ecosystems that are called lentic systems can be classified into three zones:

In these systems volume and depth are two very important factors. Increasing both decreases the volume of water in contact with the atmosphere (main source of oxygen) and sediments (the entry of nutrients to the water column is difficult), and increases the water renewal time (time that must pass so that all the water in the system is replaced).

These freshwater ecosystems can be temporary if there is no water outflow through rivers and usually house poor communities, although some organisms reach large abundances due to the drought-flood cycle and the shortage of predators.

In deep lakes , thermal stratification occurs, a phenomenon by which the layers of the water column are differentiated by changes in their density, causing the most superficial layer to float over the deepest without mixing with them, making it difficult for nutrients to rise from the bottom.

According to the RAMSAR agreement (the Convention Relating to Wetlands of International Importance especially as Waterfowl Habitat), wetlands are vital for humans as one of the most productive environments on the planet, being sources of water and places of great biological diversity and primary productivity Thus, they depend on wetlands to survive countless species, both animal and vegetable. However, the surface and quality of these environments continue to decrease, among other causes, due to their transformation for the exploitation of agriculture or aquaculture. 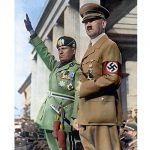 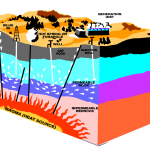