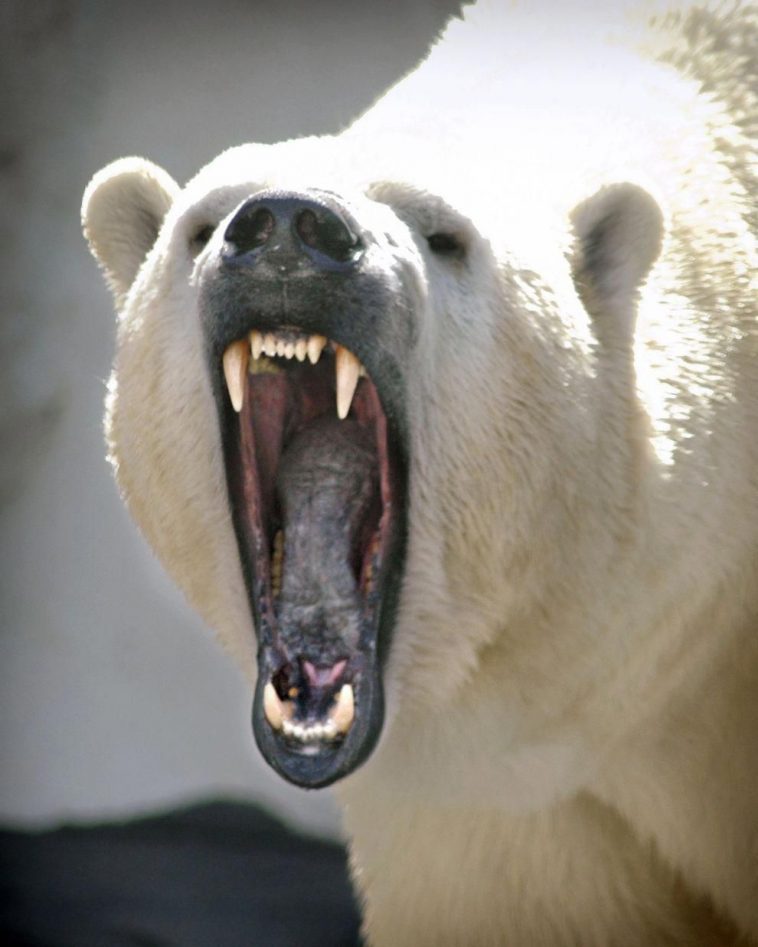 At present, there are about 20,000-25,000 polar bears in the world. These bears live under threat
mainly from global warming, which melts the ice and reduces the habitat of the animals. When
the ice melts it creates a number of problems for the polar bears. Because they are adapted to
living in an area that is extremely cold and without the cold they cannot migrate to other areas
because they cannot cope with the considerable heat or to hunt and feed on land.

Science shows that the polar bear has been on earth for only 500 000 years and they are at the top of their food chain so what are their adaptations that make live in such harsh environment .

Adaptation of the polar bear

When swimming, polar bears can doggy-paddle 10 kms an hour, and with their buoyant bodies they can swim astonishing distances. National Geographic highlighted a study that shows the swimming distance record for a polar bear is 426 miles non-stop.

Polar bears use their adaptations on their front paws which is webbed to propel themselves through the water in the style of a dog’s swim. The hind legs they place them horizontally which give a push and control the direction of movement.

They have a thick layer of fat up to 11 cm (4.3 inches) thick, an adaptation of the polar bear that keeps them warm while swimming in cold water.They close the nostrils when underwater.

Polar bears have adaptations for shallow dives when they stalk their prey, swim on ice floes, or search for algae.

Until now, the depth to which a polar bear can dive is unknown. The research estimated that polar bears dive to a depth not exceeding 6 m (20 ft).

The polar bear’s body temperature is normally at 37ºC and is maintained thanks to its thick fur layer , in addition to its tough skin and a layer of fat that acts as an insulator. This adaptation of the polar bear to the temperature allows it to be thermally insulated and stay warm even at -30ºC.

They are prone to overheating since they are not adapted to high temperatures, as much as your body does. To avoid that excess heat, they move very slowly and take frequent breaks.

If they are very hot, they release it through the areas where they do not have hair , or through the blood vessels that are close to the skin. They usually do this through the nose, mouth, ears, thighs, and foot pads. When it is very hot, they swim to cool off, something they also do after being physically active.

Most active are the polar bears in the morning and least active during the evening. Time like that
The hunt varies depending on the season and sex. The males hunt for an extended period of time
in the days than the females and everyone hunts more in the summer than in the spring (Seaworld
2008).

This predator mainly hunts on land and can reach speeds of 40 km / h
and has a left frame as its primary extremity when hunting. They mainly hunt seals (90%
of food) but also eats whales, walruses, bird eggs and some plants. They chase the seals through
to find a hole in the ice, or simply make one yourself, and wait for a seal to emerge
for a breathing break (about 77% of all hunting takes place in this way (Larsen 1978)).

A powerful one developed sense of smell is something that all polar bears have at their disposal when hunting .

A seal can be detected at several kilometers distance thanks to this adaptation.
The seal populations are strongly influenced by the bears that hold the population to a certain number.
Without the polar bears, the seals would increase dramatically in number. To only eat blubber and skins under time periods with good access to food have been observed. On average, a polar bear eats about 4 kilos of meat, lard and intestines per day (Larsen 1978). An abandoned “meal” can be sought out other less successful polar bears, ravens or mountain foxes. Fjällräven, which really is
a terrestrial animal, the bears often follow farther out on the ice in the hope of food (Fogg 1998).

Unlike the black and brown bear, the polar bear can withstand starvation periods very well. Their
Metabolic speeds can be lowered independently of the season and thus can save energy
if there is not enough food available (IUCN 2008).

Many polar bears also includes seabirds in their diet and has developed a special way to catch them. The dives under the surface and catches the birds where they rest in the water from below (Larsen 1978).
Polar bears have also been seen eating blueberries (Vaccinium myrtillus) and reindeer (Rangifer tarandus)
but they are considered a minimal part of the necessary diet (Derocher et al. 2004).
Since the polar bear is a prominent carnivore, large amounts of vitamin A accumulate in the liver
and this should not be eaten by man as this amount of vitamin could be toxic
for us.

Do polar bears hibernation , yes they do. When the pack ice grows in the Arctic, the actual hunting season begins. Because then there are only a few holes in the almost closed ice cover where seals can take a breath. There the polar bear can lie in wait for them and “fish” with their paw.

The carnivores migrate year round, on the drift ice and on the coast to look for prey. Usually they do it as loners.

If a male and a female mate , the female can delay the start of her pregnancy by up to six months in order to be able to eat up additional fat reserves during this time. The bear then retires to a snow cave during the winter to give birth to her usually two cubs and suckle them.

It is only in spring that she leaves the cave with her offspring – clearly emaciated – and goes on a seal hunt. If there is a period of hunger, polar bears can shut down their metabolism at relatively short notice and wait for the next prey in a kind of dormancy.

The paws, which are about 31 cm long, can easily be used to kill a diver or one
big seal, which are the most common catches. The paws have so-called papillae on the sole
underside to give better grip when the bear is on ice to prevent slipping.

Polar bears can also, with their
excellent camouflage, sneaking on seals like suns or catching landed seals through
to sneak in the water (sneaky hunting accounts for about 23% of all hunting, Larsen 1978).

Thanks to the thick undercoat and hollow outer hair, the fur keeps heat well, protecting the polar bear from cold and solar radiation both on land and in water;

Greasy hair lubrication prevents them from getting wet, so a bear that is well shaken after swimming quickly becomes dry. Black skin absorbs and stores heat.

The fat layer up to 11 cm thick serves as an energy reserve, a heat insulator and improves buoyancy.

The hind legs serve while driving.

A voluminous stomach can digest large amounts of fatty feed.

A long muzzle and neck help it hunt seals  in snow holes and holes in ice, in addition, they lengthen the path of air passage into the lungs, so it manages to warm up.

The eyes have a membrane (third eyelid) that protects them from the bright sun.

They have 42 teeth in total. The teeth are sharp and strong their canine which is adapted for catching prey and tearing it . The  incisors to shear off pieces of their prey  flesh. They have very jagged  premolars and molars which are used tear and chew blubber. 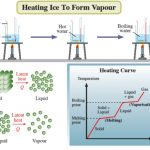 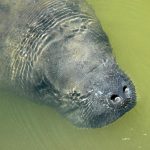