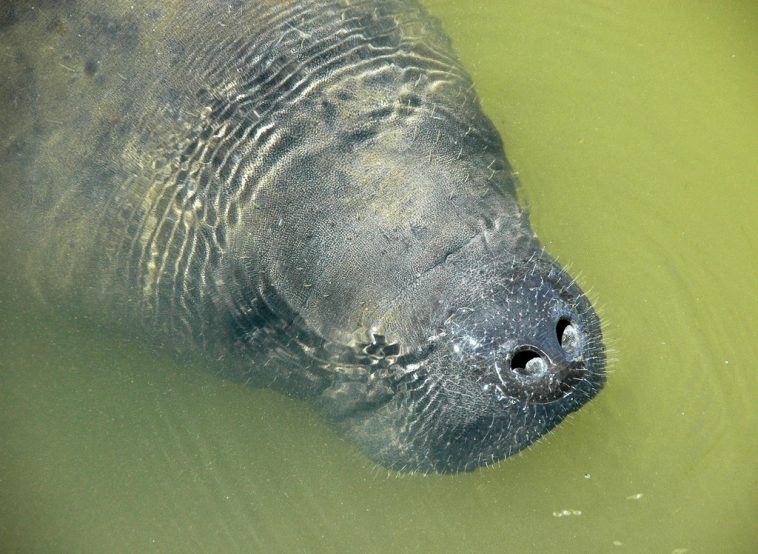 The manatees describe a multi-species order of mammals that are closely related to the elephants.

In addition to the whales and seals, they are among the largest marine mammals.

The largest representative of this order has already died out. The so-called Stellersche manatee lived in the Bering Sea and was discovered in 1741. Already three decades later it was extinct due to intensive hunting.

Manatees inhabit different habitats and can be found in fresh water as well as in the sea.

In this article we will look at the adaptations of this animal in their habitat.

Physical adaptation of the manatee

The skin of the manatee is almost ten centimeters thick wrinkled skin looked like the bark of a tree trunk. This is because algae and barnacles constantly attaches themselves to their back . The manatee has adapted to having flaky skin which continuously fall off to get rid of the algae and barnacles.  The structure of the skin helps maintain body heat, thanks to a layer of subcutaneous fat. 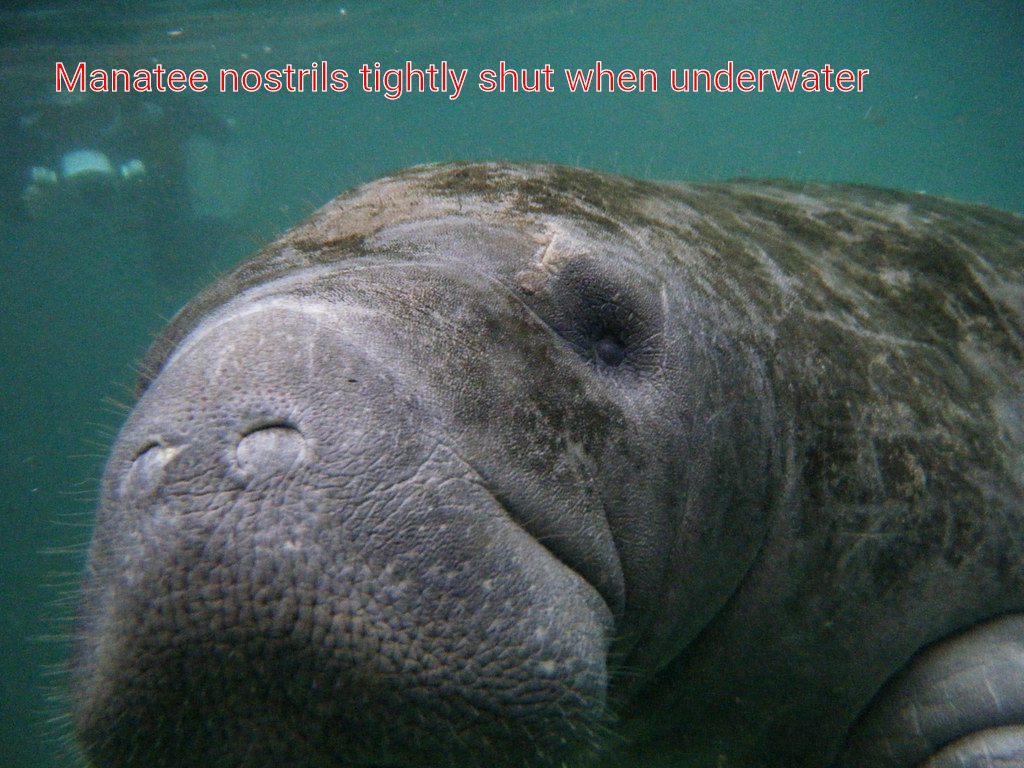 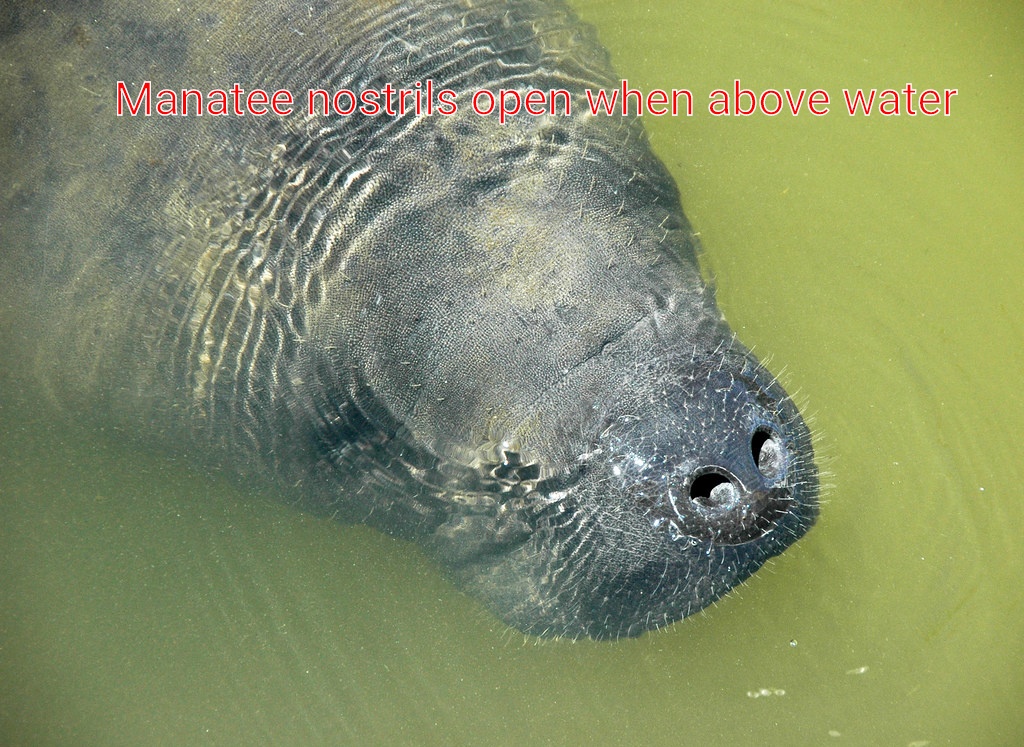 Their whiskers and hairs

Their snout also has thick touch hair clearly stands out from the relatively large head . These are  whiskers (vibrissae) found in other mammals are very sensitive. Since manatees have poor eyesight and small eyes the whiskers help them identify things in their surrounding such as different types of seaweeds . They also have about 3000 hairs  sparsely distributed over their body. These small hairs though not as sensitive as their whiskers can sense the smallest change or vibration in the water . They help them to better understand their environment as they move through different currents and pressure changes in the water . Source

Their limbs are adapted for swimming. While the front legs are transformed into fins, the rear legs are not present. The manatee has a caudal fin, which is the biggest differentiator between the two families.

The caudal fin of the Dungogidae is shaped like a crescent moon, that of the Trichechidae appears circular.

Depending on the species, the manatee has a weight of more than one ton and a body length of up to five meters. It is of massive and cylindrical shape. The Stellerscheekew even became up to seven and a half meters long. Their size prevent them from being a prey .

Manatees have small eyes that close in a circular motion , it has no eyelids nor eyelashes . It does have a thick tear film that protects it from pathogens and diseases . Other mammals tears glands release tears to help clean the eyes and washes out pathogens.

They do not have good vision but can see in low light which is necessary especially when feeding in murky water . Source

While the ears are not visible from the outside because of no ear lobes . They have very super hearing which can hear ultrasonic waves .

Manatees are 100% herbivores so their teeth are adapted for their diet.  They have a set of teeth that biologists refer to as marchers. Their teeth are an amazing adaptation the first three teeth in each row are not molars, but the rest of the teeth are. molars form in the back of the jaw, and when worn due the  plants they eat that gets mixed with sand, they progress and in time fall out. New molars are coming to grips .

The manatee has two big lungs that lie along its backbone is 1 meter long , 20 cm wide and very flat. Breathing is carried out by two lungs, free in the pleural cavity, which branch into the bronchi, bronchioles, and pulmonary alveoli. Their lungs have a 90% air exchange rate compared to humans 10 %.  This allows them to stay underwater without breathing for 20 minutes. Besides breathing, the lungs help the manatee with buoyancy control. Source

So many of them migrate to warmer waters as winter draws near.

Manatees use little energy. With manatees, it is only a third of what other mammals of the same weight consume. Their slow, sluggish movements have reminded ancient people of water mermaids – the sirens of the sea. Although they can move faster if they are pursued, they do not develop high speeds in an environment without people because they have few natural enemies. Manatees live in tropical waters and can afford a low metabolic rate because they use little energy to regulate body temperature.

These animals when traveling can reach about 5km / h, but when traveling, this speed can be from 18 to 25km / h, lasting just over a few hundred meters. 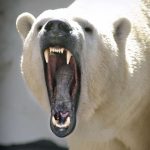 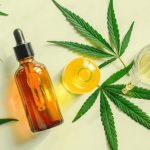