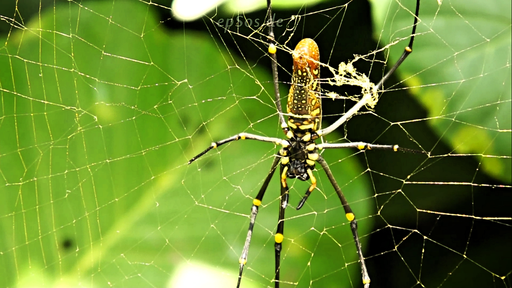 Spiders come in a wide variety of shapes, colors and sizes. So far, researchers have discovered around 45,000 species of spiders [1] worldwide, but assume that there are far more than 80,000 unexplored species. A total of 1,000 species of spiders live here in Germany [2] – but how many of them are really poisonous? And do spiders actually have a heart? In this post you will learn exciting facts about spiders that you did not know before – and which will hopefully take away your fear of the useful animals.

1. Spiders are not insects

Spiders belong to a class of their own: the arachnids, which also include scorpions, harvestmen, mites and ticks. Compared to insects such as ants, spiders are not three-part, but two-part. They have two parts of the body: the front and the abdomen. In addition, spiders have eight legs, while insects only have six. While many species of insects develop wings, there is no such species of flying spider.

2. Spider hearts sit in the abdomen

First of all, spiders have the same organs as all animals. Due to their two-part shape, however, they are distributed differently than in most mammals: while the brain, often poison glands and the digestive organs, are located in the front body, their heart is in the abdomen. [3] By the way: spiders also need oxygen to survive. Like the heart, the respiratory organs are also to be found in the animals’ abdomen.

3. The superpower of spiders is their sense of touch

Although spiders have four pairs of eyes, their trump card is their unique sense of touch. With so-called cup hairs on their legs, the animals feel not only their immediate surroundings but also sound waves and vibrations in the surrounding air. The hairs on the legs are so sensitive that spiders can accurately assess from which direction and from which spot potential enemies or prey animals are approaching. [4]

Spiders are more important to our ecosystem than many people realize. Researchers found that spiders around the world eat more biomass than whales – in the form of insects, other spiders or – depending on their size – even small birds, frogs and mice. All spiders in the world eat up to 800 million tons of prey every year.

For comparison: all whales in the world’s oceans feed on up to 500 million tons of biomass per year. [5] In conclusion, this means that spiders regulate the global insect population like hardly any other animal species – and, conversely, also serve as food for numerous other animals.

In their search for food, the various spider species have adopted extremely creative types of hunting – including stalking, lurking, jumping. Some species of spider work with trap doors, while others, such as the landing net spider, literally “throw” nets at their prey. What all spider species have in common is that they paralyze their prey with poison. They then inject a liquid that causes the inside of the prey to decompose so that the spider can simply soak up the resulting pulp.

6. Some spiders are vegetarians

Not all spiders feed exclusively on meat. 60 species are vegetarian and get some of their nutrients from plant sources such as trees, orchids and grasses. As researchers have observed, leaves, pollen and seeds are particularly popular with jumping spiders.

An almost entirely vegetarian spider can be found in Costa Rica – the Bagheera kiplingi. This species of spider lives in a symbiosis with acacia bushes and ants: the ants protect the plant, and the acacia forms so-called food bodies in return. The spider is so quick and agile that it can also feed on these food bodies. 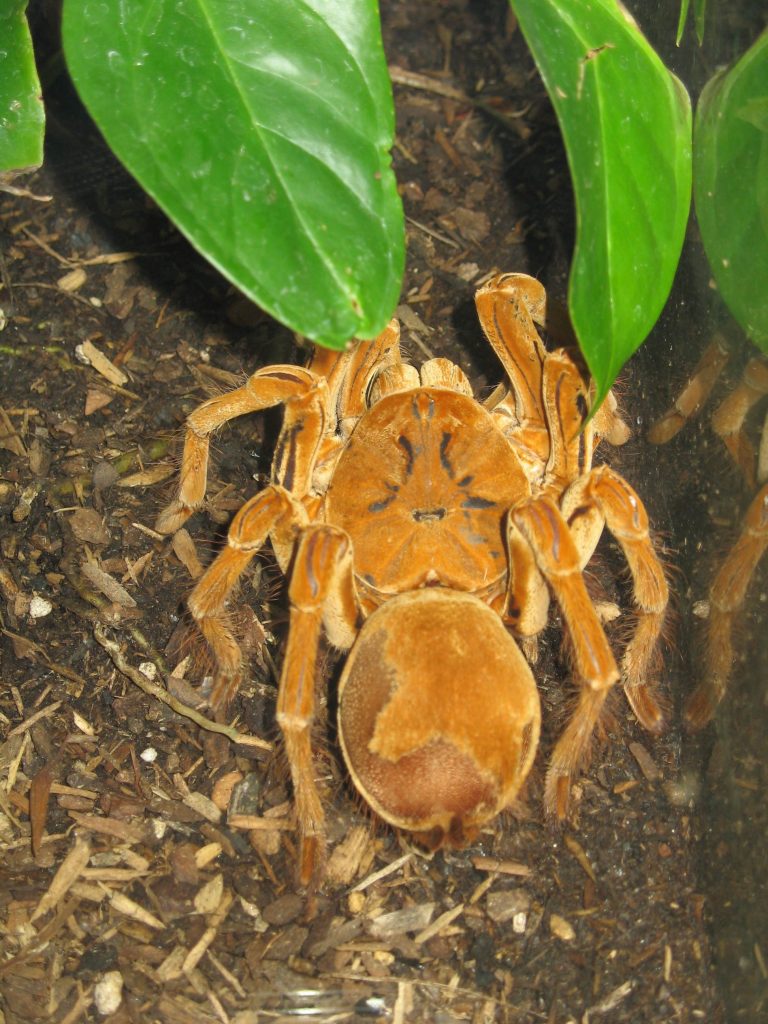 The threads that spiders make in their abdomen are also called spider silk. They are extremely robust and 25 times more resilient than a steel cable of the same strength.  This makes spider threads one of the toughest fibers that nature has to offer. The threads they produce are used by spiders to build nests. From the well-known wheel nets to canopy nets that stretch like a roof over blades of grass to funnel structures made of spider silk: the complexity of spider webs is so impressive that some construction principles can also be found in the designs of earthquake-proof bridges and to reduce noise pollution in buildings .

Mating is usually the same for spiders, with male spiders in particular boasting bridal gifts. These include plucking concerts of threads or dead insects, which they give to the loved one in the form of food packages wrapped in spider silk. Sometimes the male animal spins the female spider before the act, because otherwise she would eat her lover after fertilization. Researchers found that there are nerve cells in the sexual organs of male spiders.  This could indicate that the animals enjoy sex.

Some spiders do something that is actually reserved for mammals: they breastfeed their children. A species of spider from the jumping spider family provides its offspring with a type of mother’s milk that has a protein content four times higher than that of cow’s milk.  The suckling of children, as is the case with humans, cows and dolphins, stands for a particularly long and caring relationship between mothers and their children.

10. Spiders only bite people in an emergency

Most spider bites are harmless, in some cases allergic reactions, inflammation and muscle cramps can occur. Spiders mainly bite as a defensive measure when they feel cornered and see no other way out or their nest is threatened. As with bee or wasp stings, a spider bite can cause an allergic reaction.

Only a handful of poisonous spiders from a total of more than 10,000 species live in Germany. As a result of climate change, however, more and more species such as the European black widow or the thorn finger spider, which are actually native to warmer Mediterranean regions, are being spotted in this country. Spider bites can be treated with a mosquito pen, which is available at the pharmacy. It also helps to press a spoon that has been heated under hot water on the bite, because the heat breaks down the poison proteins. [15]

12. Spiders are older than dinosaurs

Spiders have been crawling over our planet for around 400 million years. So you were on earth before the dinosaurs.

Spiders usually have eight eyes. You think that should be enough to see! In addition, the so-called cup hairs on the legs also help the spiders. Because with this hair you can feel the finest movements in the air and even sound waves. This enables them to sense exactly when an attacker is nearby or from which direction prey is currently approaching.

14. Spider silk is stronger than steel!

Spiders build their webs out of real power silk! Because the spider silk is extremely tear-resistant and four times as resilient as a strand of steel of the same thickness! It is also more elastic than rubber. Some researchers even believe that if you could build a large web of thick spider silk – then this web could catch an airplane in the air!

We humans say yes, colloquially, that queens, princes and Co. have “blue blood” – although that is of course nonsense. But it’s actually true with spiders! And they don’t have to be noble for that. In humans, the substances that carry oxygen in the blood contain iron, which is red and therefore blood looks red. In spiders, on the other hand, these substances contain copper, which is blue and therefore colors the blood blue.

16. The largest spider in the world!

The Goliath tarantula (Theraphosa blondi) is considered to be the largest spider in the world. Her legs are up to 30 cm long – as long as your large ruler and she can be as heavy as a puppy dog. The females live to be up to 25 years old! But you will probably never meet this spider! So far, researchers have rarely discovered them in the rainforest. And if you should meet one on a foray through the rainforest, don’t panic! The poison of this giant spider is not life-threatening for us humans. 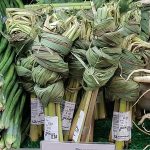 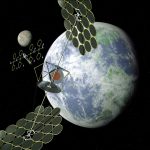